Two Amur tigers were spotted huddled together and rolling in the snow when they were caught on camera together for the first time.

In the footage taken at Highland Wildlife Park, Dominika and Botzman can be seen together, with Dominika rolling on her back in the snow, which keepers have identified as an important behavioural cue that the couple interested in each other. 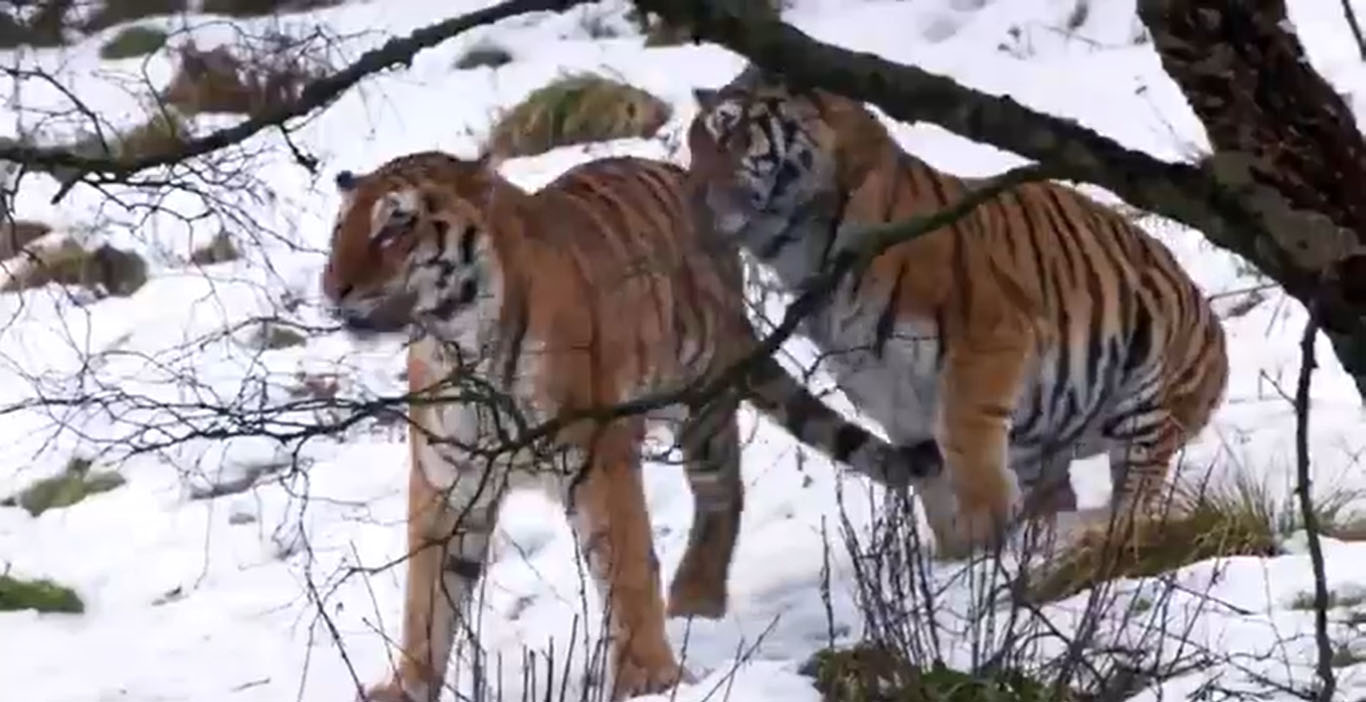 Other important behavioural cues include scent calling and marking.

The park shared the video on Twitter, with the caption: “Botzman and Dominika, our Amur tigers, were recently introduced by our professional keepers and can safely say they are kittens…oops, we mean smitten. 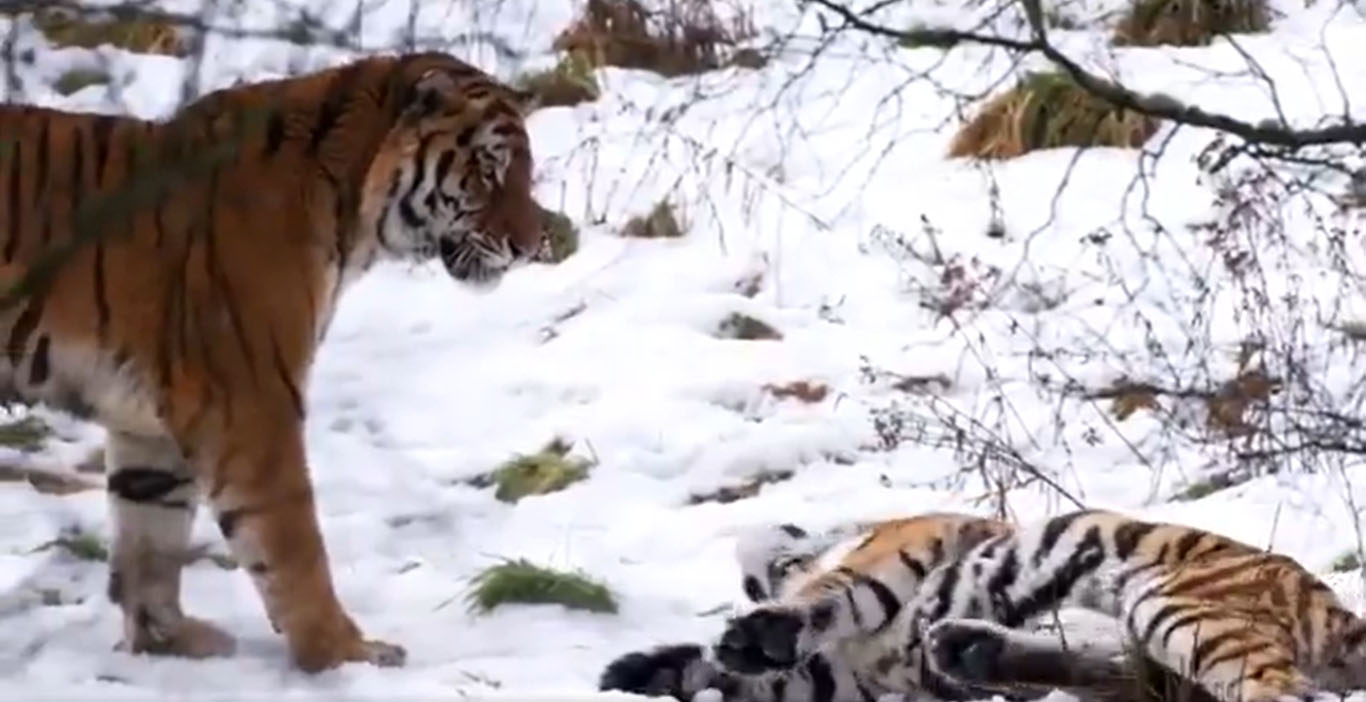 Royal Zoological Society of Scotland (RZSS) staff carefully introduced Dominika, born at the park in May 2009, to Botzman last week, who visited the park in October 2020. 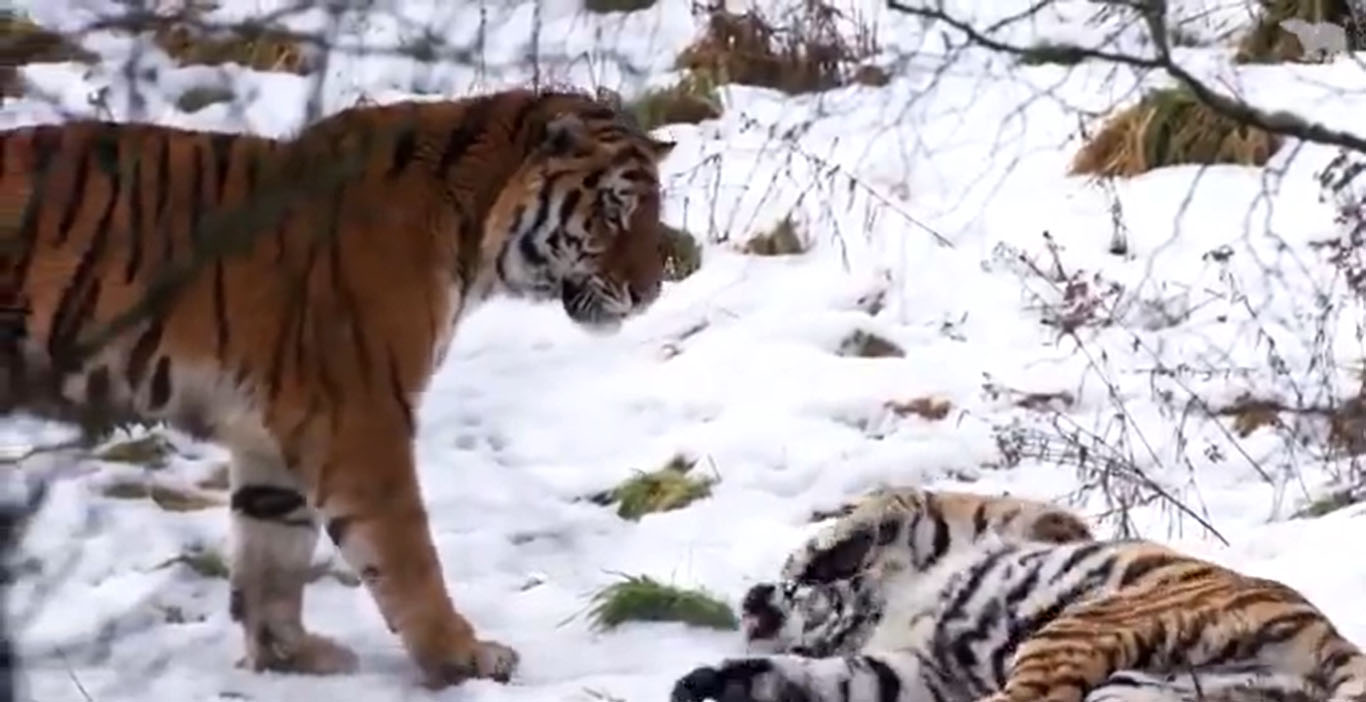 RZSS staff will now be eagerly watching to see if they stay together as they hope the pair will continue to have cubs.

A spokesman for the wildlife conservation charity said: “We are encouraged by how well the new couple is getting on so far and hope they will have future cubs as part of Europe’s endangered species breeding programme.”

Botzman and Dominika, our Amur tigers, were recently introduced by our expert keepers and it’s safe to say, so far they’re kitten… oops, we mean smitten 😍

Fingers crossed for the pitter patter of tiny stripy paws in the future. pic.twitter.com/uo9NfGrW0a