They may be small, but they are healthy. Sri Lanka’s main elephant orphanage has recorded a rare twin birth of elephant twins.

They are the first elephant twins born in captivity in Sri Lanka since 1941, according to elephant expert Jayantha Jayewardene. 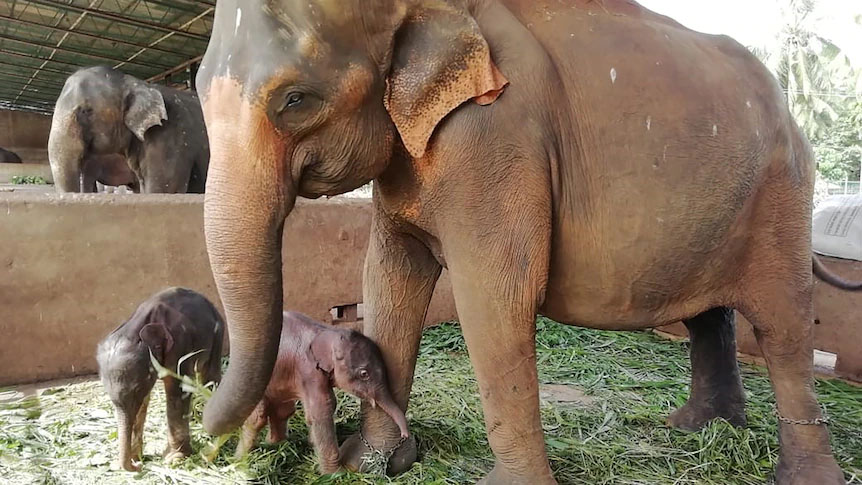 Renuka Bandaranaike, head of Pinnawala Elephant Orphanage, said: “Both the calves and mother are fine.

“The babies are relatively small, but they’re healthy.”

She said Surangi gave birth to a male calf in 2009, and this is her second birth.

The father, 17-year-old Pandu, is also one of 81 residents of the orphanage, which was established in 1975 to care for destitute wild elephants.

The facility, an important tourist attraction, has been closed to visitors due to COVID restrictions.

Last year, wildlife officials said the first known twins born in the wild in Sri Lanka were discovered at Minneriya reserve on the east side of the island. 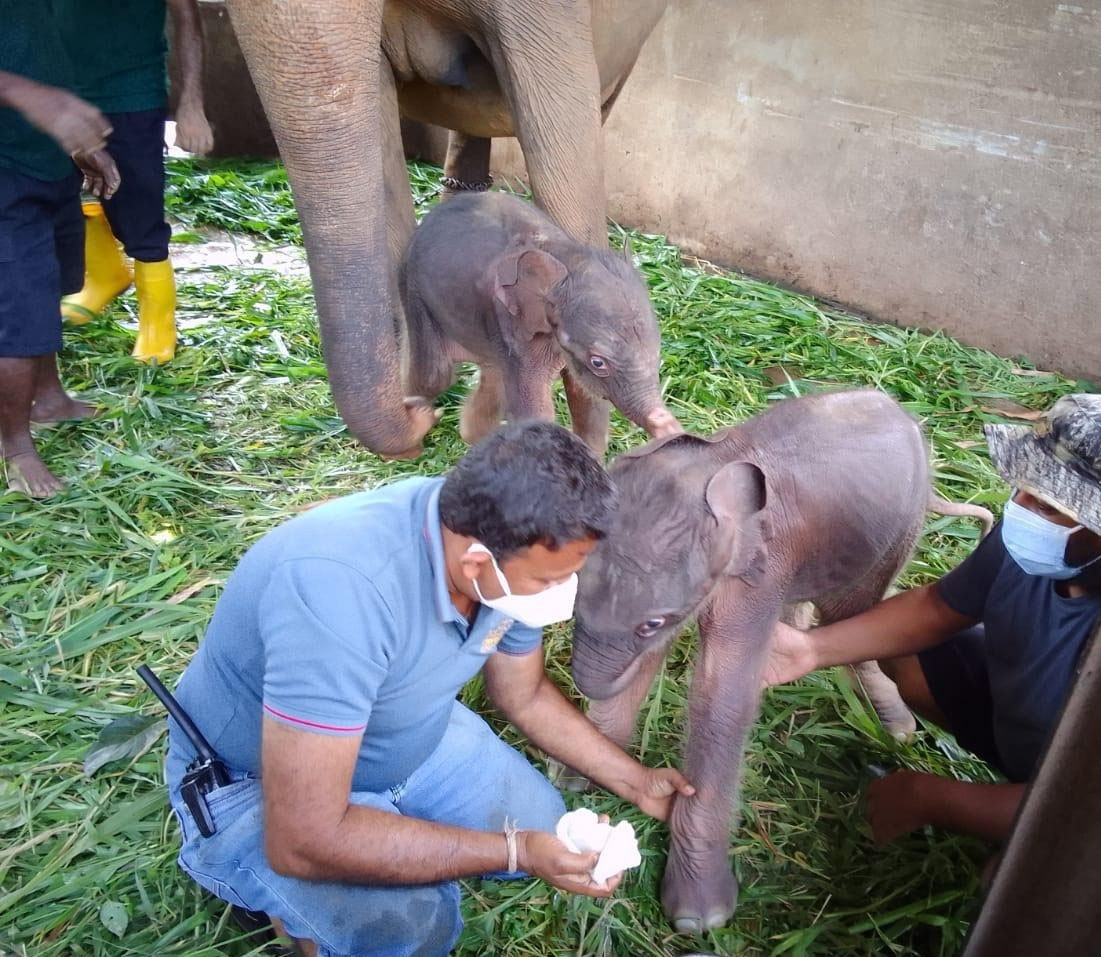 The government recently announced tough regulations to protect the animals, which are considered sacred in most Buddhist countries.

Many wealthy Sri Lankans – including Buddhist monks – keep elephants as pets to show off their wealth.

But reports of poor treatment are common.

Those who break the new law will be put in the state’s care and could face up to three years in prison.

Official records show that there are about 200 domesticated elephants in Sri Lanka and an estimated 7,500 in the wild.

Capturing wild elephants is a criminal offence punishable by death but rarely prosecuted.

Activists say more than 40 baby elephants have been stolen from wildlife parks over the past 15 years.