A heartwarming video shot in Tamil Nadu goes viral and features a ranger emotionally saying goodbye to an elephant. The moving moment is pure and full of hearts.

According to a report in NDTV, the forester reportedly to have looked after the injured elephant as it received treatment at the Sadivayal Elephant Camp in Mudumalai Tiger Reserve. However, he was in tears after the elephant succ.umbed to its injuries despite the forest department staff’s efforts to rescue it.

The video, which has garnered a lot of attention on social media, shows the nameless forest ranger tearing up the elephant’s trunk and gently stroking it.

Ramesh Pandey, an Indian Forest Service official, wrote while sharing the video on Twitter: “It is moving to see his ranger companion at Sadivayal Elephant Camp in Mudumalai Tiger Reserve, Tamil Nadu, take this tearful farewell to an elephant.” 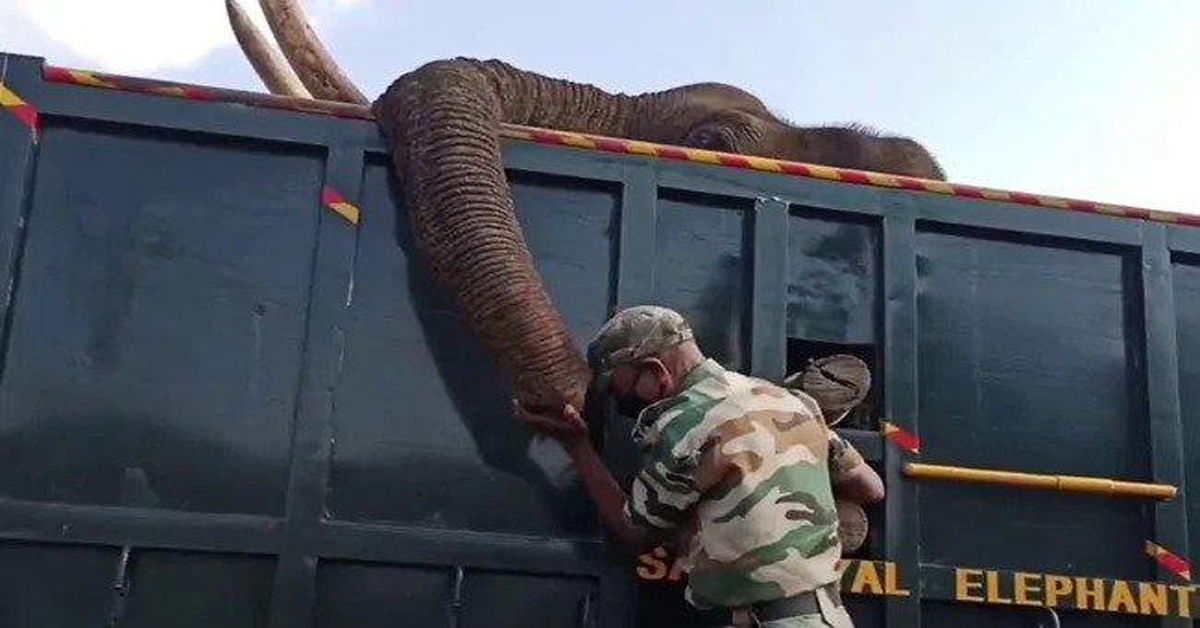 The video was also posted by the IFS Association’s official Twitter account when they wrote, “Some emotions cannot be expressed in words. Gone out of his eyes, but not out of his heart. A #forestor taking care of an injured elephant in masinagudi, @MudumalaiTR, #Tamilnadu, weeps after de.ath. #GreenWarriors (sic). ”

It has touched a chord with thousands on social media, leaving them emotional.

It was a touching moment between the forester and the elephant. This is one of the many cases in which it becomes more evident that humans and animals’ fate is closely related.