Perth Zoo has announced the arrival of a baby giraffe with an adorable video of its mother and bub.

The female giraffe, 180 cm tall and 55 kg in weight, was born to mother Kitoto just before Friday afternoon after two and a half hours in labour.

Perth Zoo said: ‘Both mother and child are doing well and were bonded together behind the scene in the giraffe nursery.

“Shortly after giving birth, mom was seen licking and grooming her new calf, and she got up and examined her wobbly legs after just 30 minutes.

“Another great sign, the calf was suckling and nursing within the first hour after birth.” 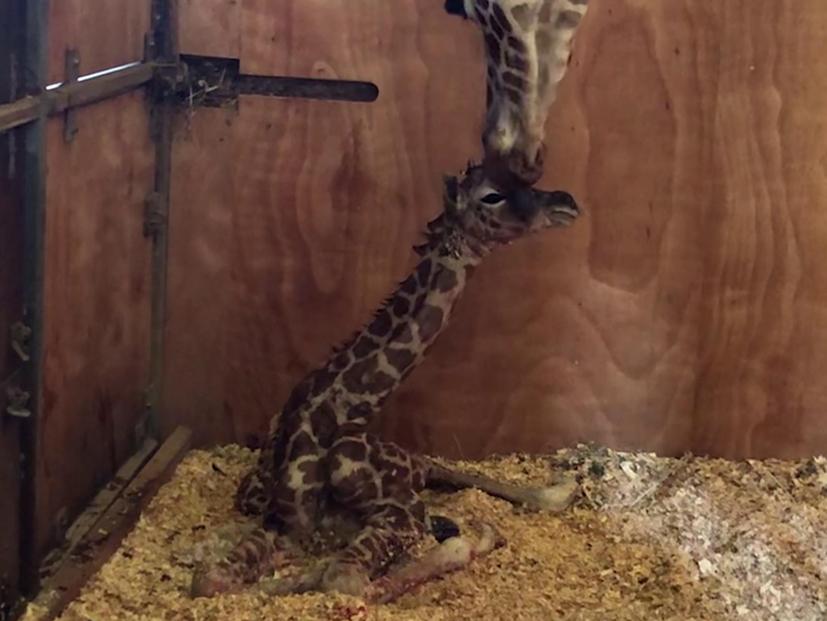 The latest appearance is the third calf born to Kitoto and the zoo’s bull Armani as part of a concerted effort by Australian zoos to breed giraffes to help fight extinction.

Another female giraffe from the zoo, Ellie is also pregnant and is expected to give birth in the coming weeks.

WATCH THE VIDEO IN THE PLAYER ABOVE
The zoo released an adorable video with the announcement, which bears a striking resemblance to the iconic photo ‘The Kiss’.

Mukulu was only a few days old when ‘The Kiss’ was photographed at Perth Zoo in 1995. It was the first Rothschild giraffe to be born in Australia for 55 years.

The skinny little giraffe was watched over by Misha’s mother, who leaned forward to give the newborn a tender “kiss” on the head.

The moment – believed to be part of a less romantic grooming ritual – was captured perfectly by Ron D’Raine of The West Australian’s.

A year later, Mukulu was transferred to Melbourne Zoo, where he would spend the rest of his life.