These beautiful photos capture the incredible moment daredevil divers hand-feed some of the world’s most ferocious SHARKS.

The courageous feeders gracefully provide the swarming sharks with a BITE to eat as they are surrounded by hammerheads and oceanic whitetips.

Jan Phillip Morton, a photographer from Florida, captured the divers who wore protective chainmail suits that were meant to prevent sharks’ teeth from piercing the skin if they inadvertently bite. 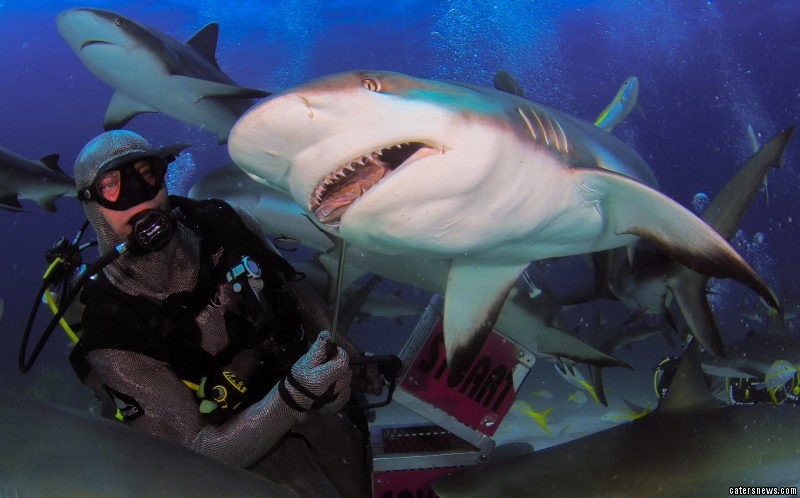 Spectators in the front row have unobstructed views of the spectacular performance.

Although the pictures appear harmful, Jan, 46, claims that everything is done to ensure that the feeds are completed in a safe environment. 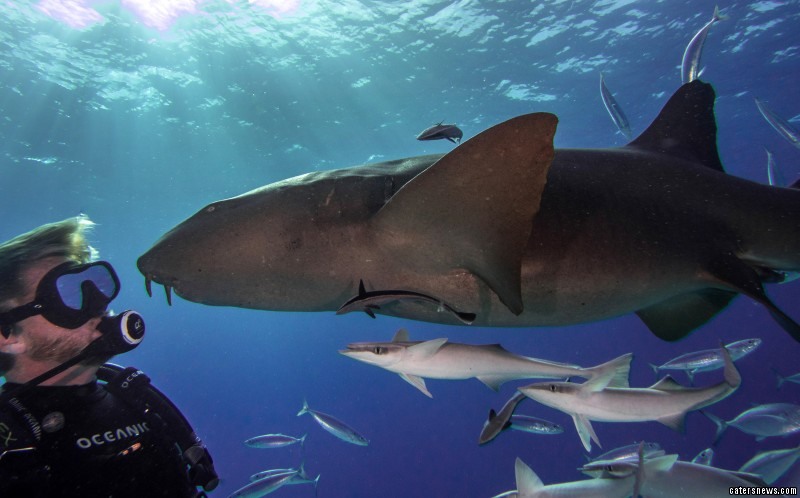 The snapper, who resides in Nassau, Bahamas, added: “Sharks are the top predators of the seas and oceans, but throughout history have earned a fearsome and unjustified reputation.

When viewed underwater, these animals are curious and gentle.

“Shark numbers are declining rapidly through human activity and overfishing, and although controversial, shark feeds are an excellent way to educate people on the subject of shark conservation and ocean health.

“Shark feeding should not be attempted without adequate training. It’s a hazardous undertaking that should only be handled by experts.” 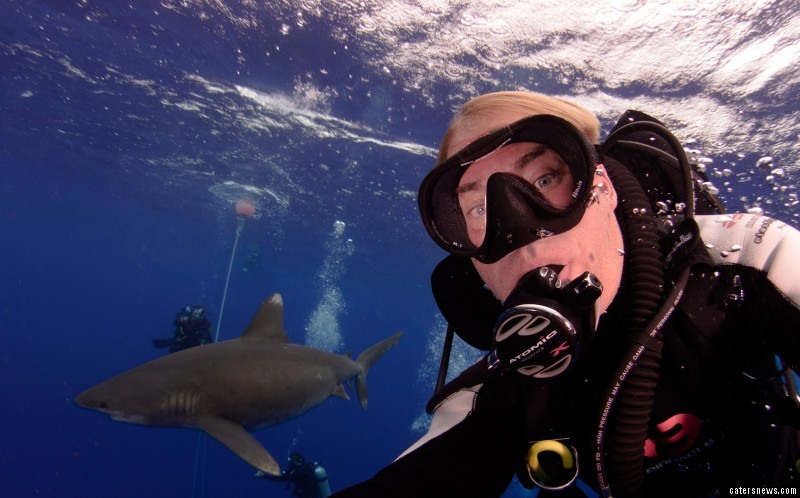 According to renowned oceanographer Jacques Cousteau, oceanic whitetips should be classed as “the most dangerous of all sharks.”

The theory behind this belief is that because whitetips are frequently found around shipwrecks and aircraft crashes, they are responsible for a large number of shark fatalities.