This strange creature is doubly bird-brained – appearing to have two heads.

The ancient Egyptian goose was a bird of ill repute, sometimes depicted on monuments as the personification of evil. It had two heads, one facing forward and one backward. These stunning photos show a double-headed Egyptian goose standing on two feet and watching both ways. 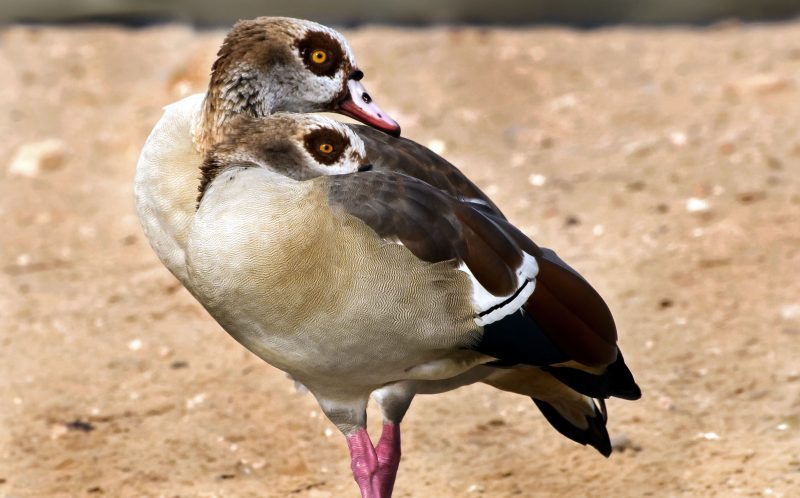 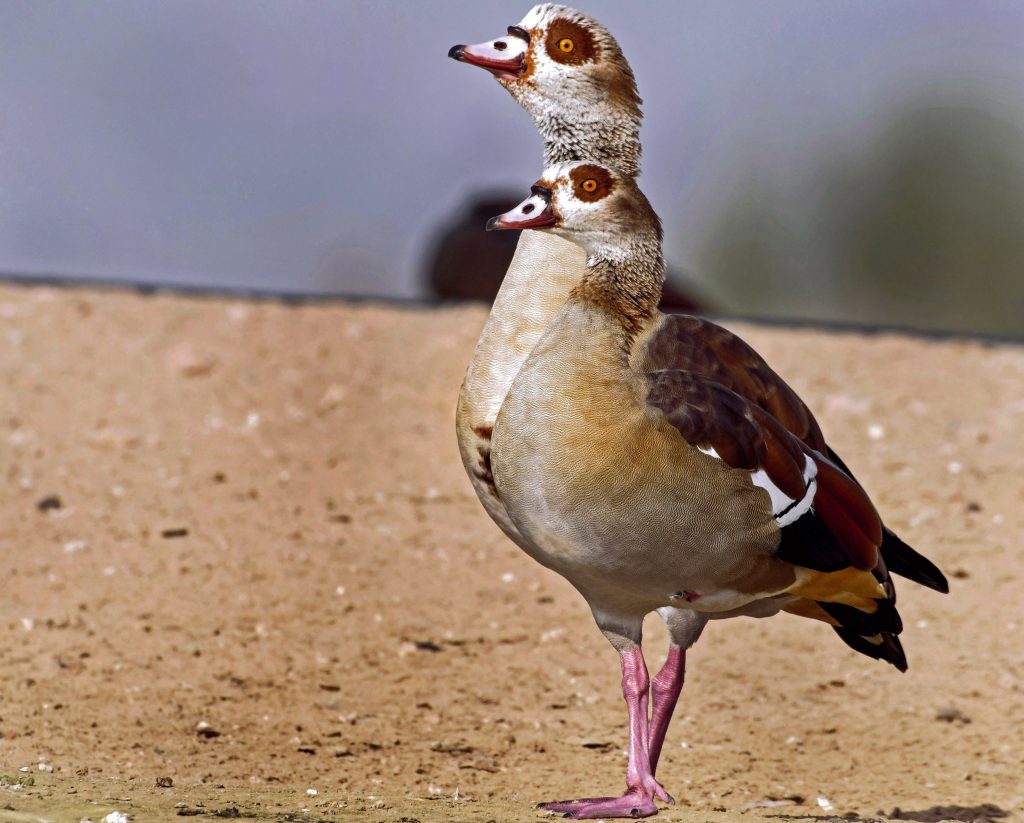 The geese are arranged one behind the other and appear to merge into the same creature.

“I was at Al Qudra Lake when I observed these two geese who were really close together.”

“As I sought to get a better view of them, changing my posture revealed that they had the same body.

“The trick worked even better because they were only standing on one leg. The end result was a single body with two heads and two legs. It was an amusing image to snap.” 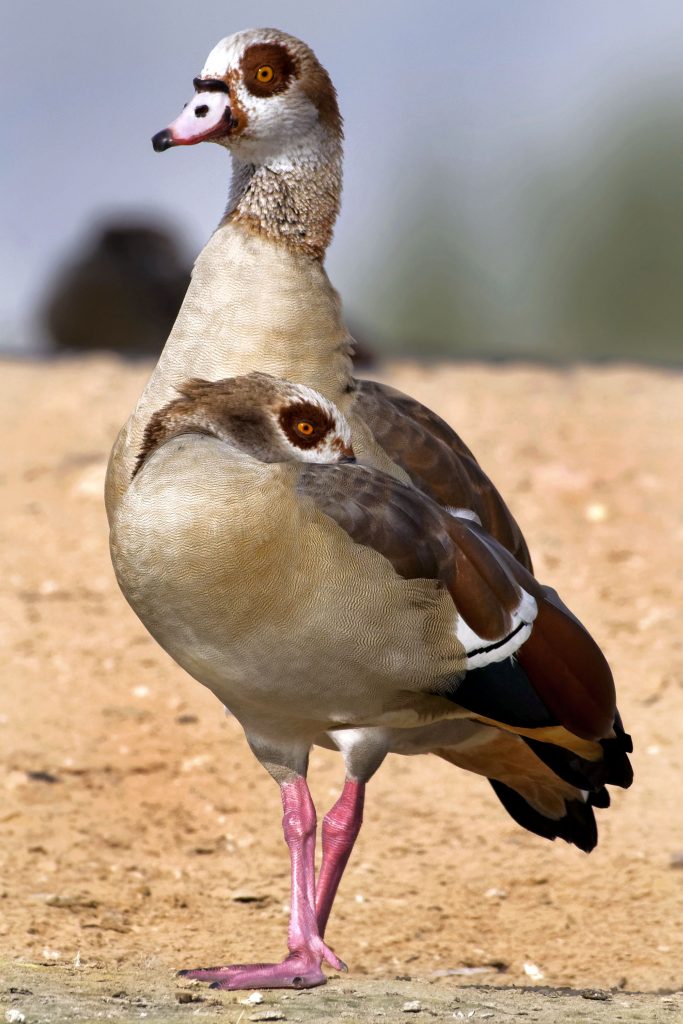 The Al Qudra Lake is an artificial body of water in Dubai’s Saih Al Salam Desert, which now supports over 100 species of birds.