A highly endangered lemur has been photographed dancing and saluting the camera.

Varun Aditya, a wildlife photographer from Delhi, India, captured this charming photo of a sifaka lemur in Berenty Reserve, Madagascar. 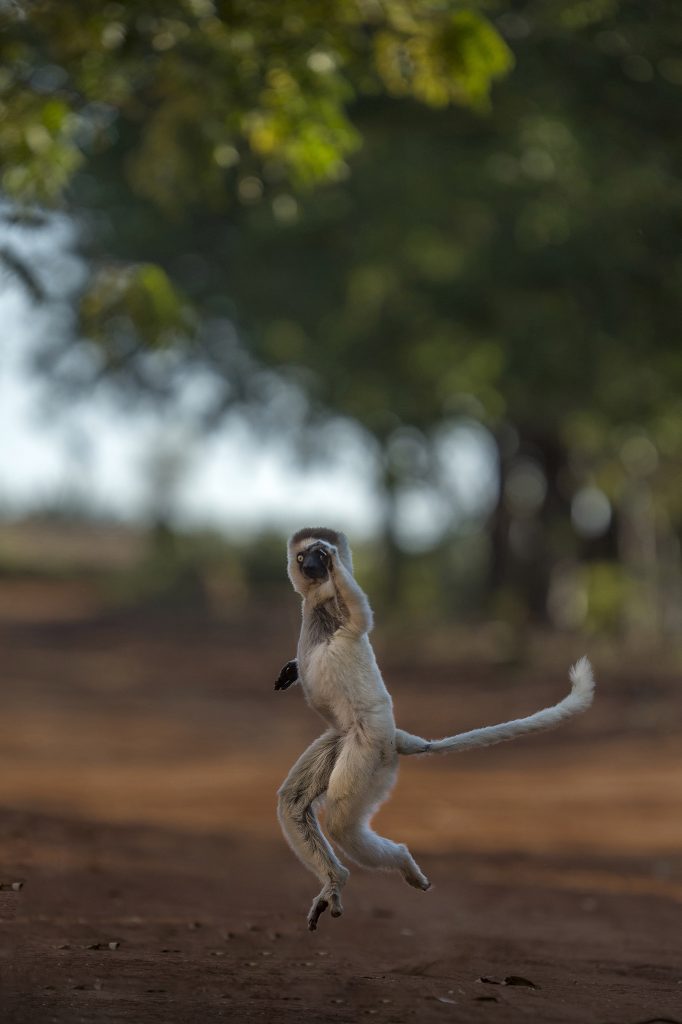 The white fluffy lemurs’ powerful hind legs allow them to jump sideways on the ground or leap up to 10 feet [three meters].

Varun’s images show the lemurs sashaying on their hind legs with arms aloft as one of them even salutes the photographer.

“Lemurs are beautiful creatures. They’re older than monkeys. They walk with their arms outstretched and hop on trees instead of walking upright.” 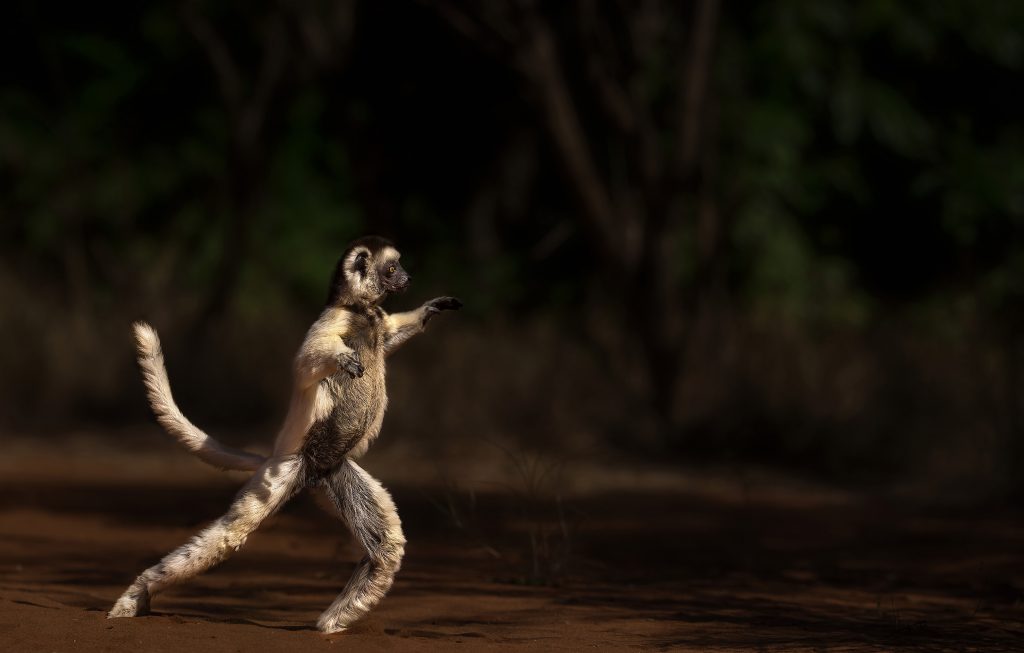 “I captured these images when they were walking on the ground, and one of them appeared to be saluting me.”

The primates are considered to be critically endangered since they dwell on vast neem trees, but because of deforestation and habitat modifications, they must now descend to the ground in search of food. 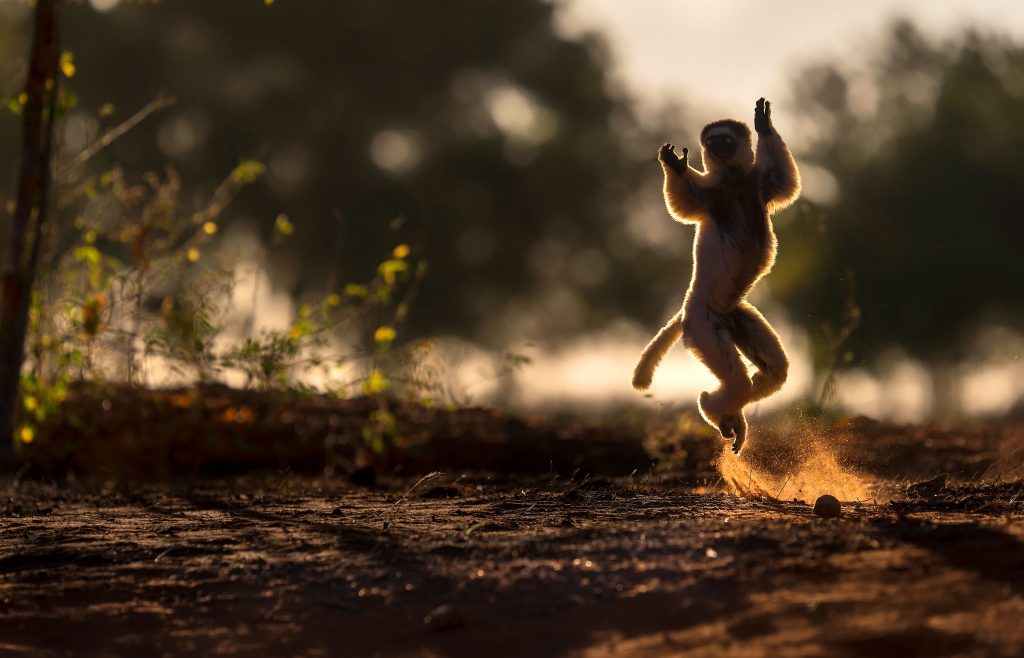 Because the animals naturally do not walk on four legs, they walk sideways on their hind legs, giving them the illusion that they are performing a balancing act. 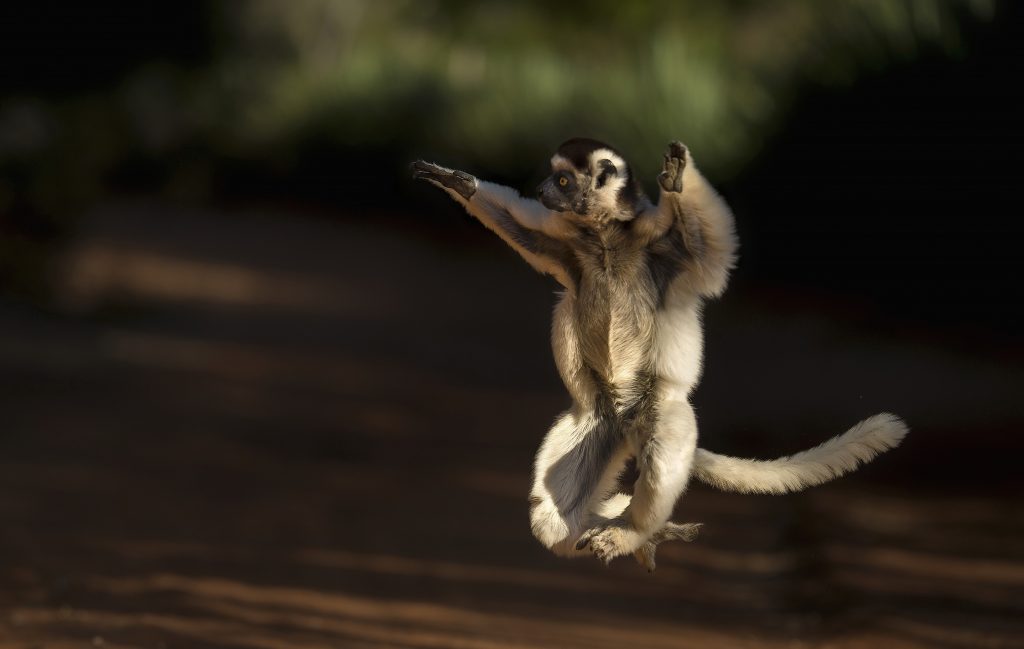 When Varun noticed that the lemurs were eating neem leaves from the ground, he was able to capture their dancing performance.

He said: “They try their best not to come to the ground. 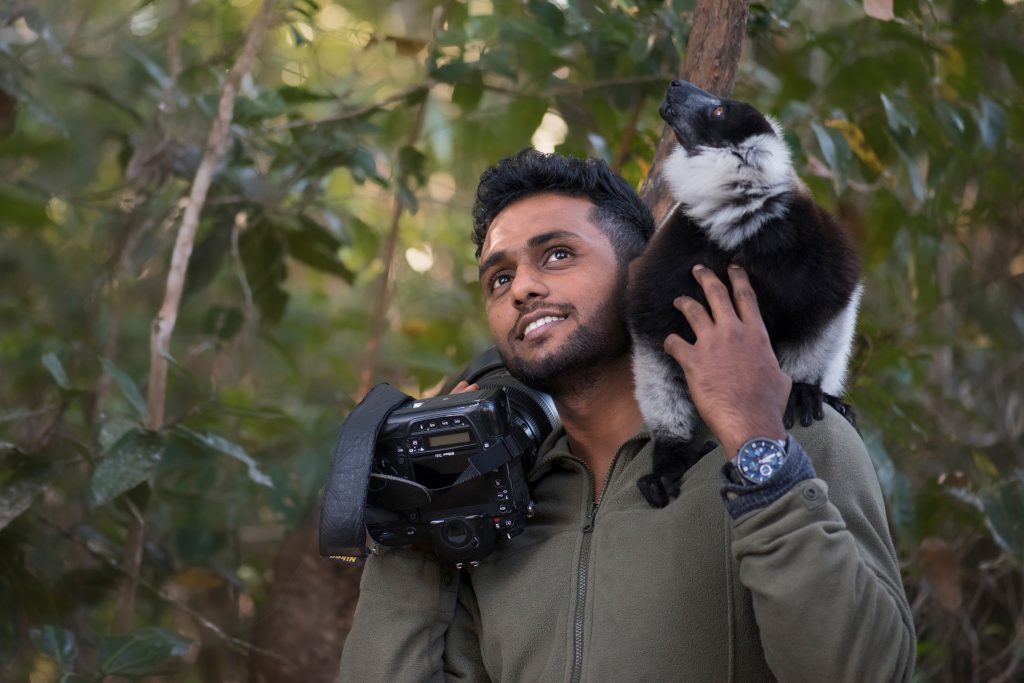 “They run from trees to trees in search of food.

“But now, because of the danger to their habitat and shortage of food, they have to come down for fallen fruits and leaves.”