A cheeky rare blonde bear was caught standing next to a ‘grizzly bear’ warning sign in hilarious images.

Shayne McGuire and Danny Sullivan, 57, took these remarkable photographs after seeing a strangely colored bear wander through the vacation resort they were staying at near Lake Clark, Alaska, US. 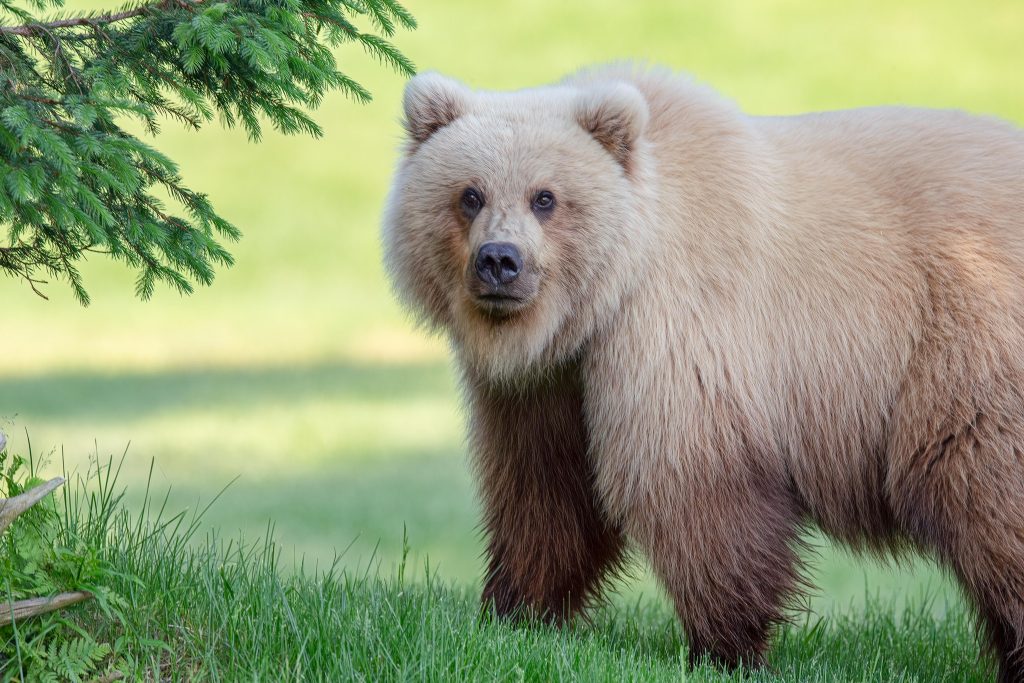 One photo even depicts a giant mammal – believed to be three years old – standing next to a sign warning about “grizzly bears.”

“I’ve only ever seen a couple of blonde bears, which are quite unusual.” – Shayne, from San Dimas, California.

“This bear was hanging around our lodge for the whole trip; she was a refugee bear, meaning she had been aba.don.ed by her mother. 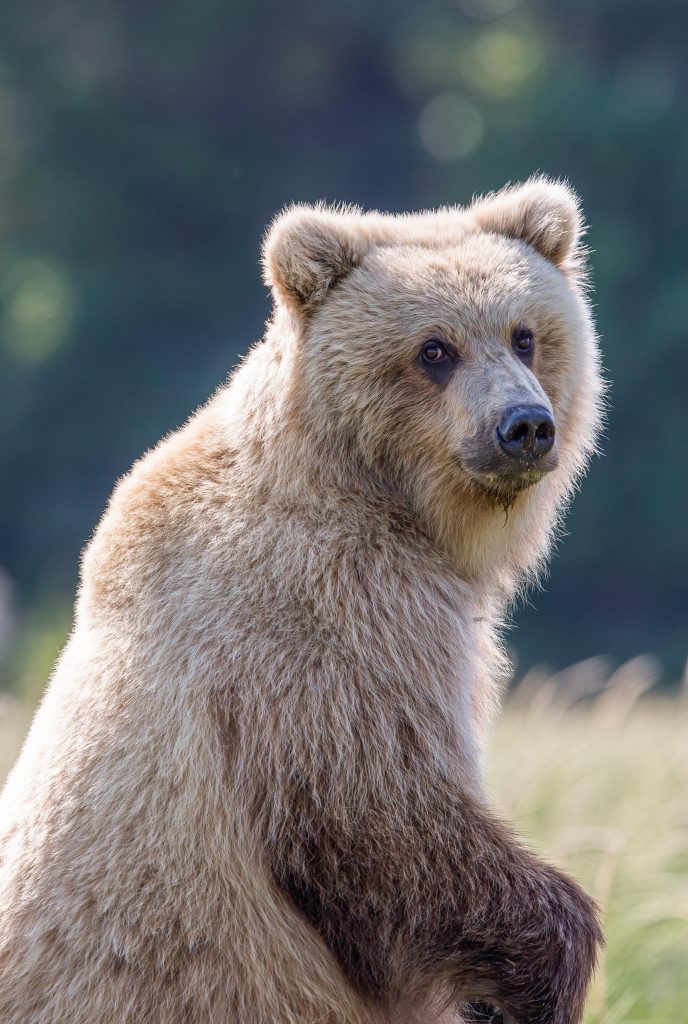 It appears to be her first time out on her own, and she followed us the entire time we were there.

“However, we did insist that she keep a distance since we didn’t want her to get accustomed to humans. “She sat down and batted those charming eyes at us before moving closer. 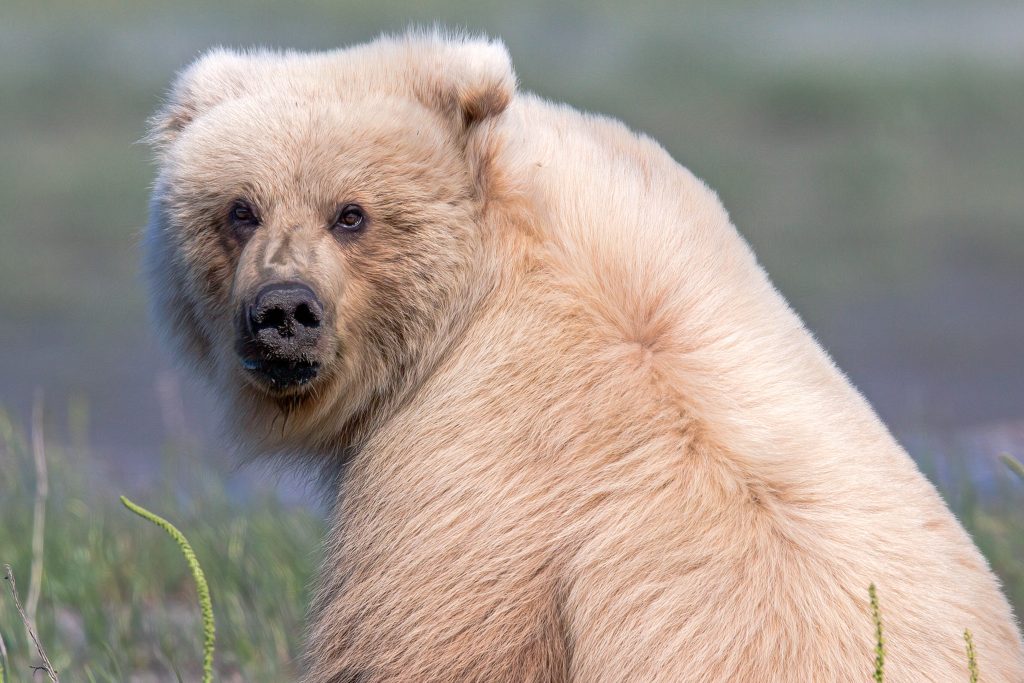 “We all tried not to laugh since it was clear what she was doing; she thought she was being stealthy. “I will always remember her eyes because they are so expressive—I will never forget them.”