It’s more common for motorists to expect to see a zebra crossing – but these cyclists were caught when they were forced to brake as a giant TIGER stopped them on the road in their ways.

The massive beast – believed to weigh around 40 stone – was captured on camera as it walked across a busy road in Central India just a few feet away from a group of cyclists. 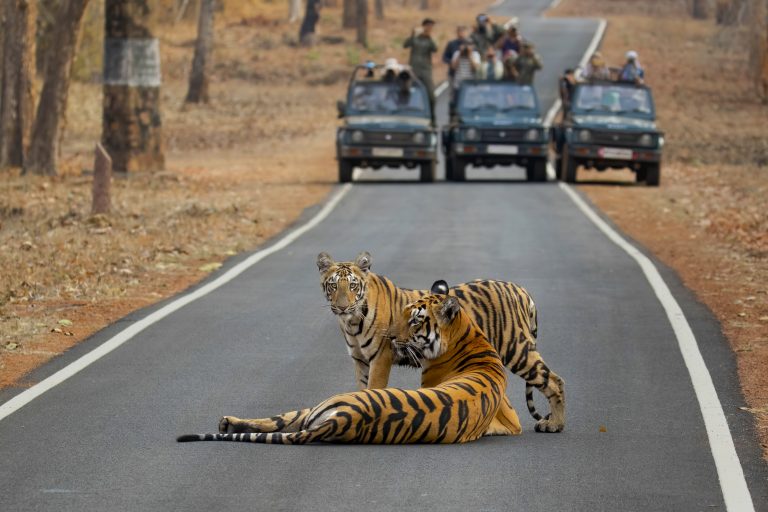 Bhargava Srivari, 29, captured the strange moment as he drove along a road in the Tadoba Andhari Tiger Reserve.

The amateur wildlife snapper said: ‘I knew deep down that the tiger would do its best to stay out of the way or at least try not to be seen when it crossed. 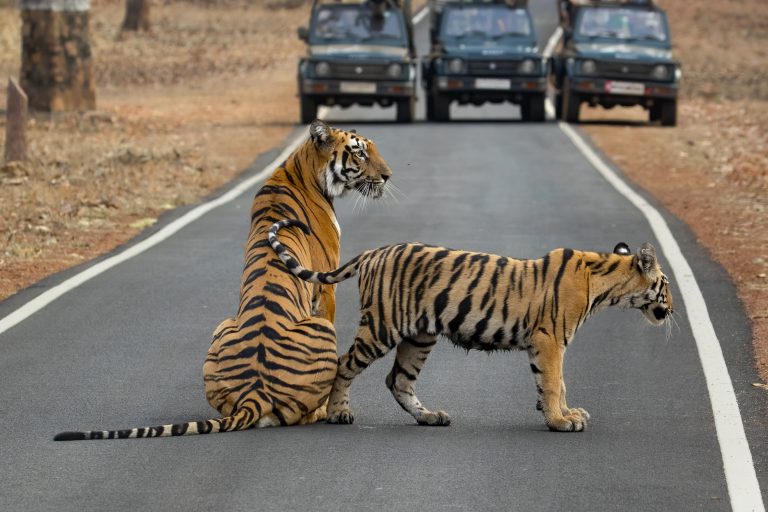 “But little did he think that he would be caught by two cyclists when he appeared on the road. While the tiger was certainly as surprised as the cyclists, I don’t think he ever intended to attack them. However, dealing with a 250 kg killing machine on a motorbike is not easy, keeping your calm. So congratulations to these cyclists for keeping it together and patiently waiting for the tiger to pass by. ” 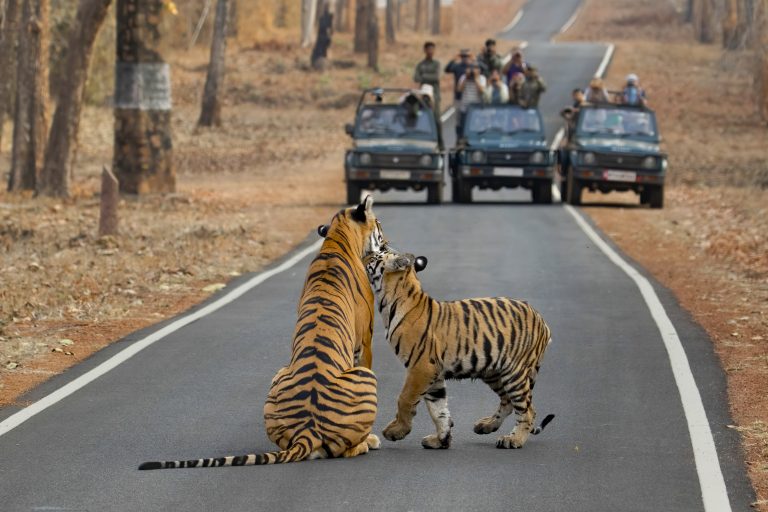 The reserve is home to about 80 wild tigers, but according to Bhargava wholes in the area, they generally avoid humans.

Bhargava added: “Both humans and wildlife have largely managed to coexist without too many incidents of human-animal conflict, thus paving the way for one of the most compelling success stories of tiger conservation is Tadoba.”