Sporting fluffy white fleece and a black furry face, it’s not hard to see why the cutest sheep breed in the world goes to Valais Blacknose. 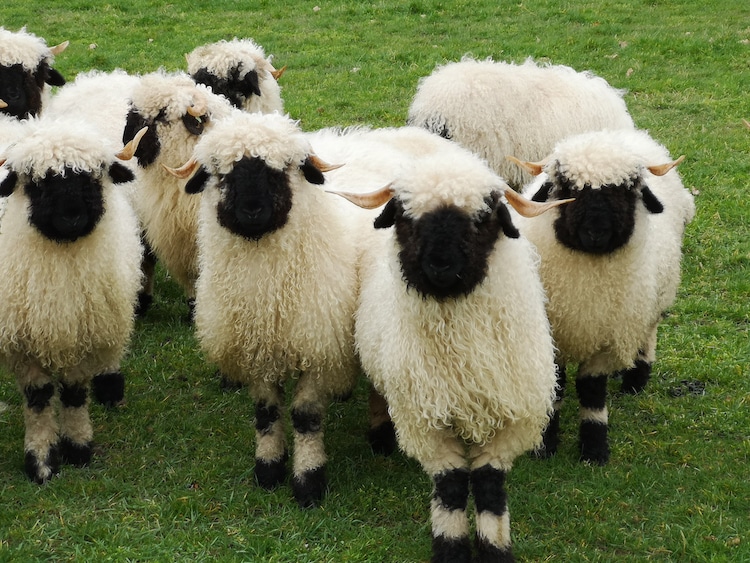 Native to the mountainous state of Valais in Switzerland, these fluffy creatures have developed their thick, fluffy fur to help them brave the harsh Swiss winters. 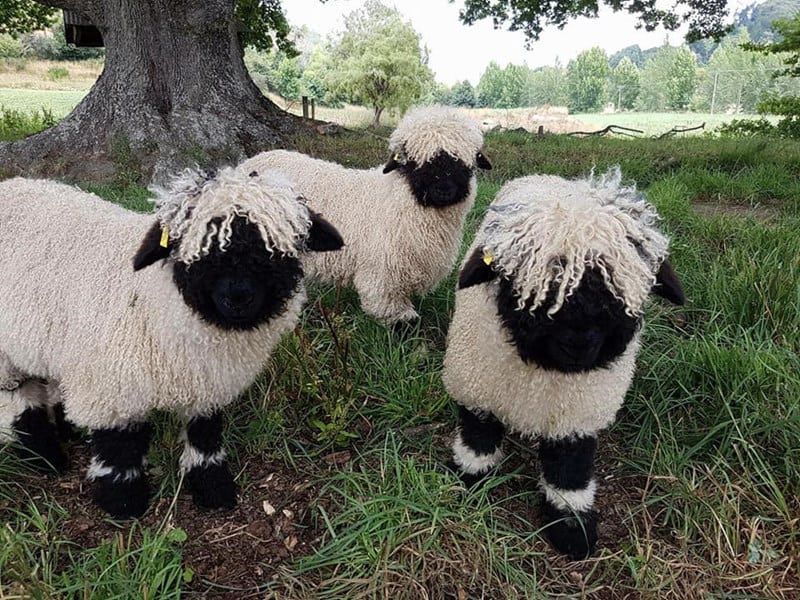 But it isn’t just their smooth coat and mysterious black face that made them famous, but they are also very friendly and sociable with humans, unlike most other sheep breeds.

Valais Blacknose sheep were originally bred for wool and quickly became a favorite because of the amount of wool provided and their mysterious appearance and good temperament. 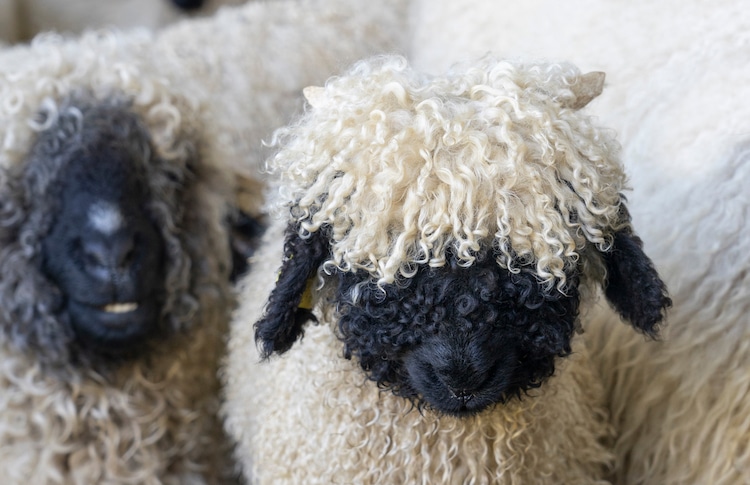 In fact, it is quite common for them to be treated by Swiss farmers like beloved pet dogs.

But this is not exclusive to the Swiss Alps. People all over the world have kept these sheep as pets.

They have become fashionable sheep and are in high demand globally. As mentioned, they make great pets due to their calm nature and friendly personality.

However, it is their appearance that really sets them apart. 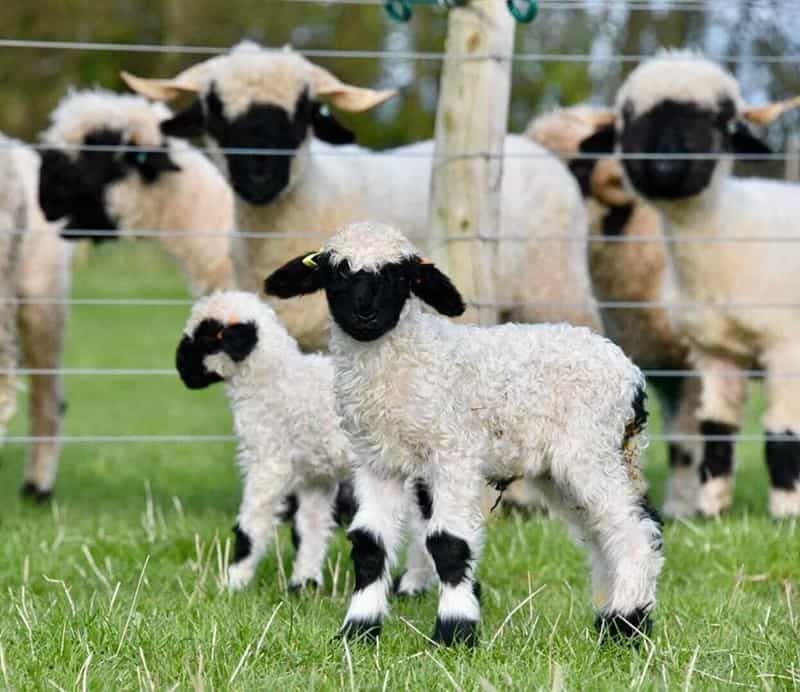 Their faces, ears, knees, and feet are all black, all covered with thick curly wool. And as if that wasn’t enough, they also have spiral horns. 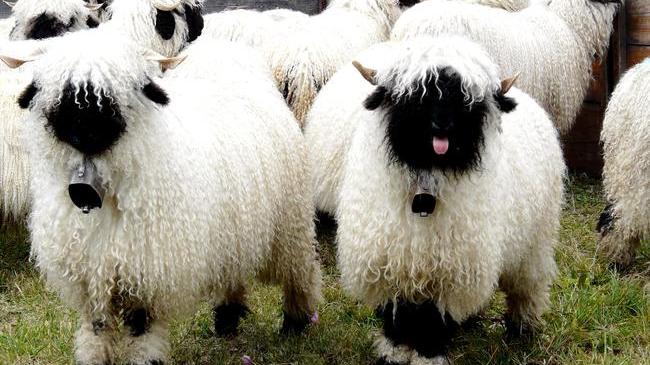 For most of the 20th century, the Valais Blacknose sheep population dwindled, and it wasn’t until about 40 years ago that their population began to resurgence, especially in Switzerland. 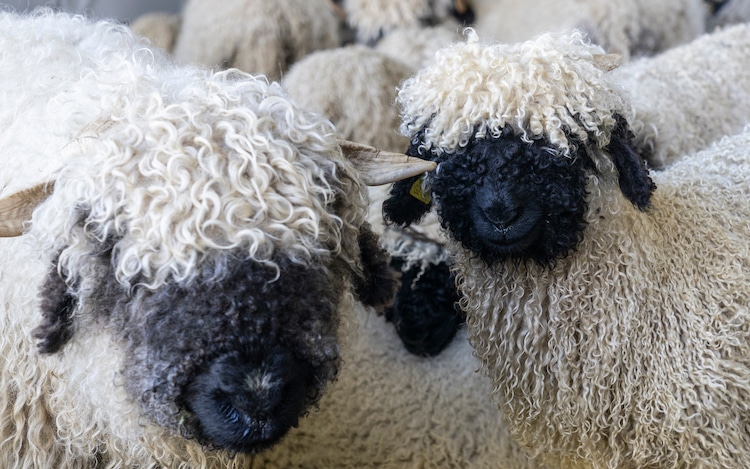 Supported by programs and contests set up by a community of farmers and fans of adorable fluffballs, you can now find them all over the world. 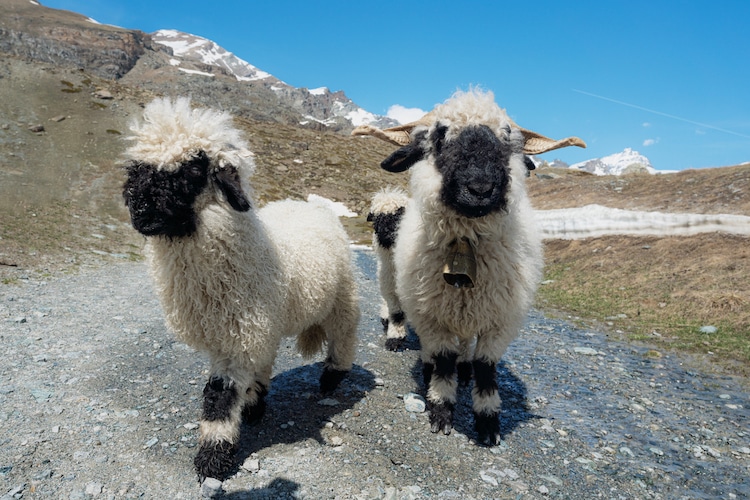 A popular event in Switzerland is the annual Shepherd festival, which attracts a large international audience for its fun cultural activities and the ‘world’s cutest sheep breed’ award.

The Valais Blacknose sheep are one of the more popular icons of the Valais Canton region in Switzerland. We can see why these sheep are so popular!

Check out the video below showing off the sheep’s majestic horns while grazing: