Sporting beautiful snow-white plumage and a black and silver crown, the crested kingfisher is truly a sight to behold. 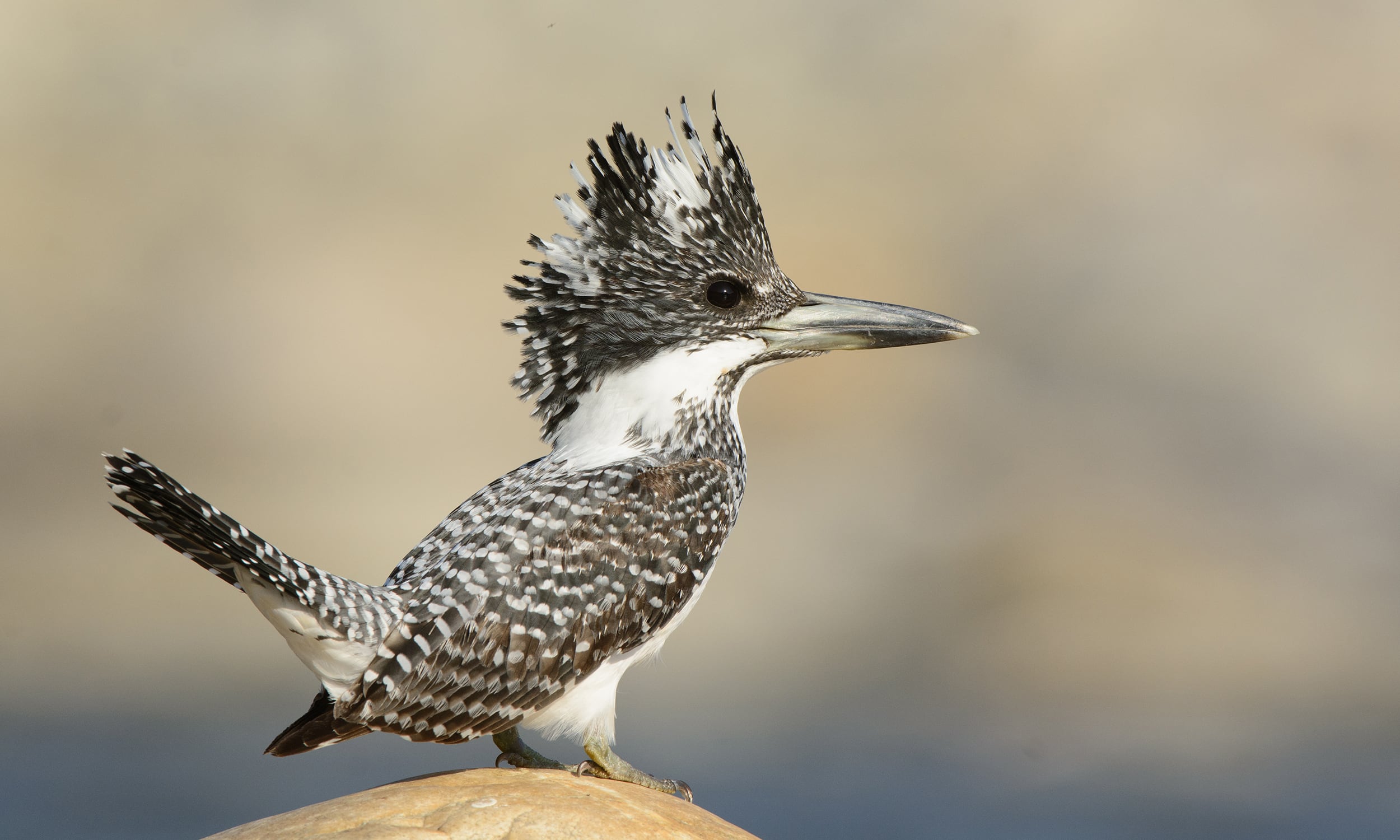 This unique bird is so special, with many comparing its crown to a shaggy mohawk. We might as well see it! 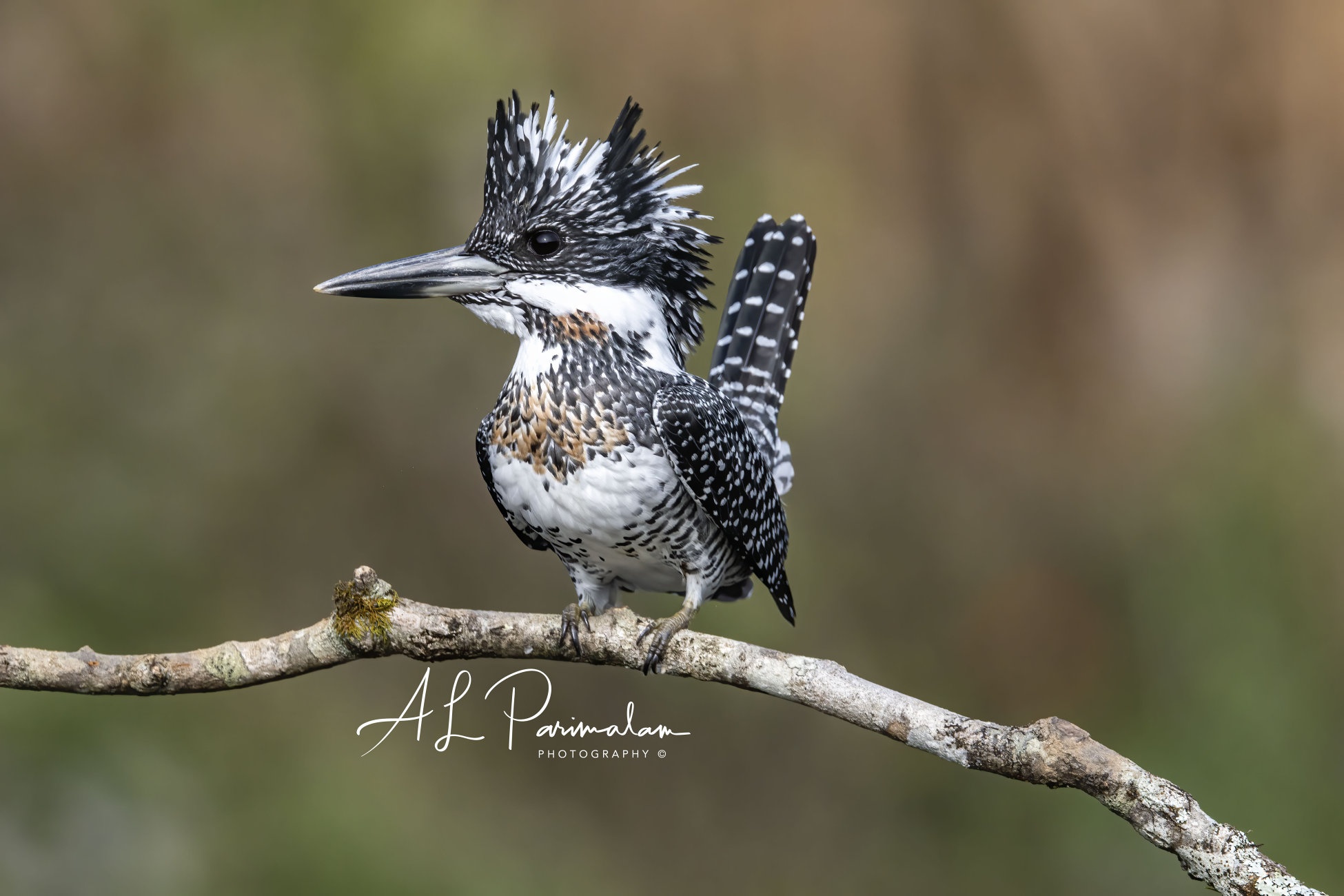 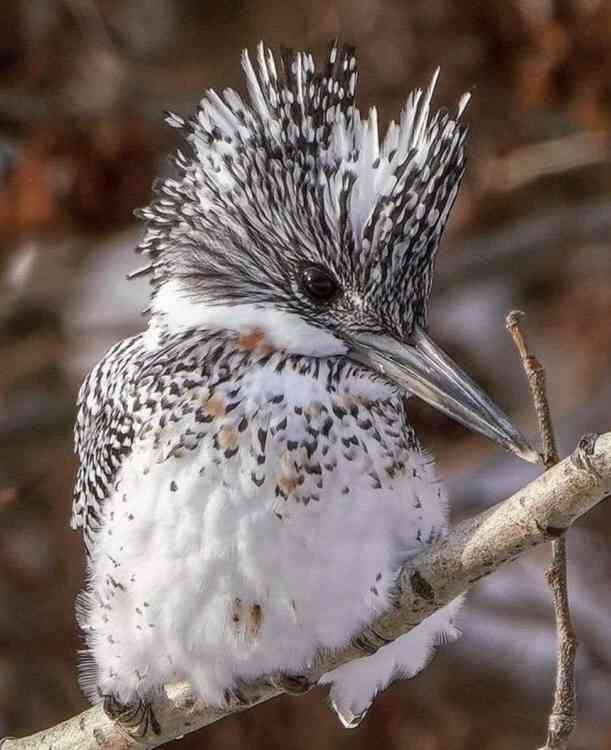 It makes them stand out among their cousins but still blends into its arctic surroundings, hiding it in plain sight from predators. 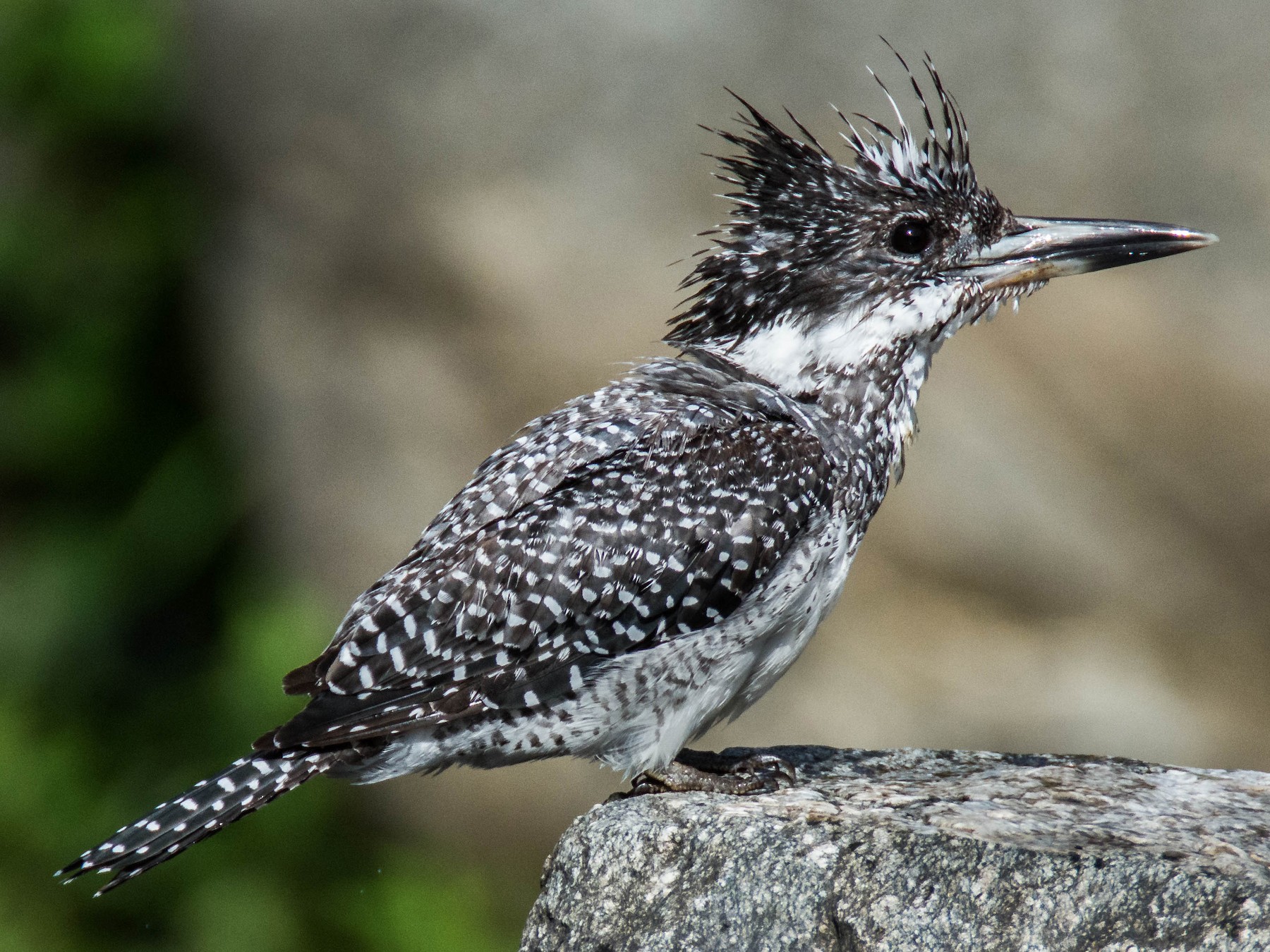 Males and females of this species are similar in appearance, differing only in the color of their breasts. 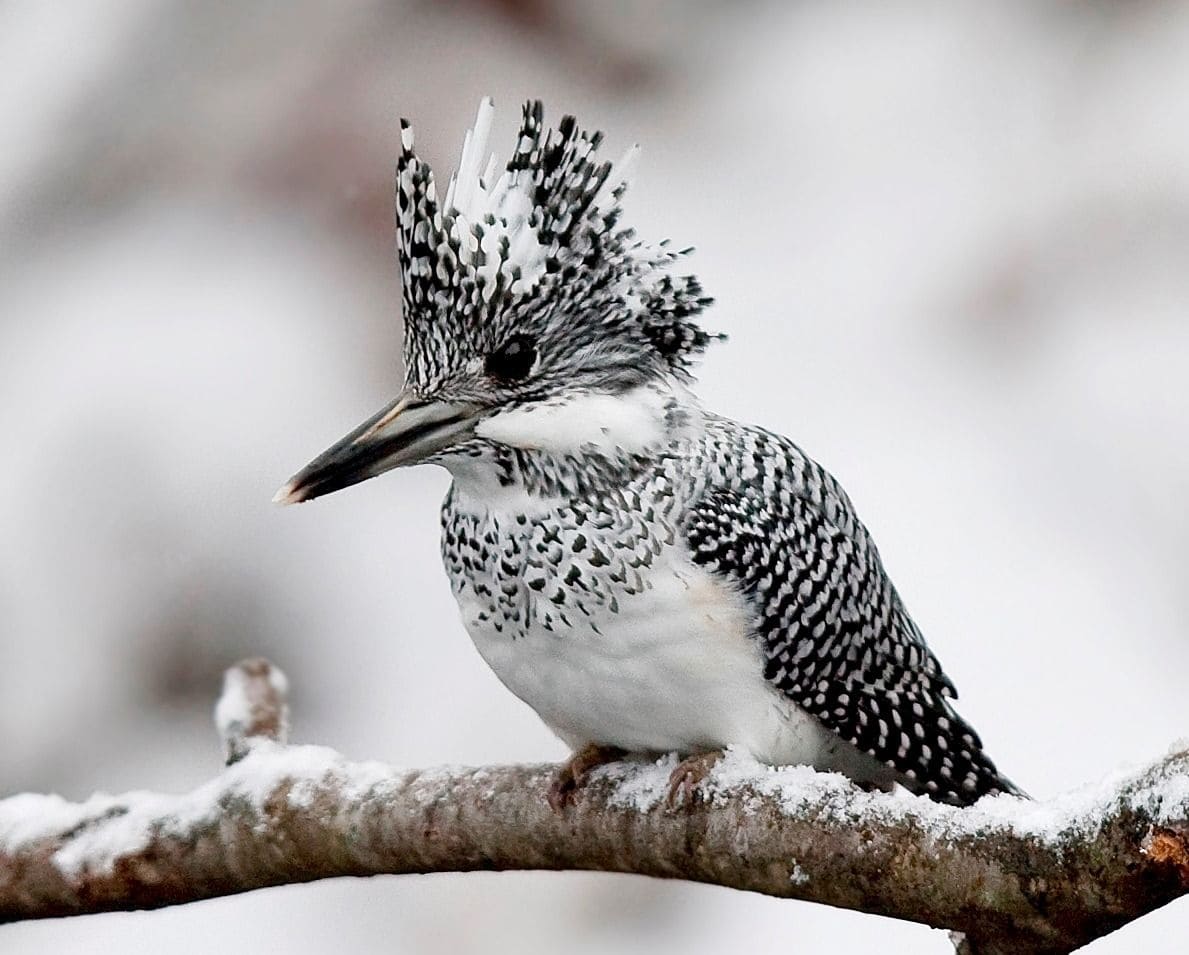 The male has bright orange plumage on the chest area while the female remains the same color on her crown. 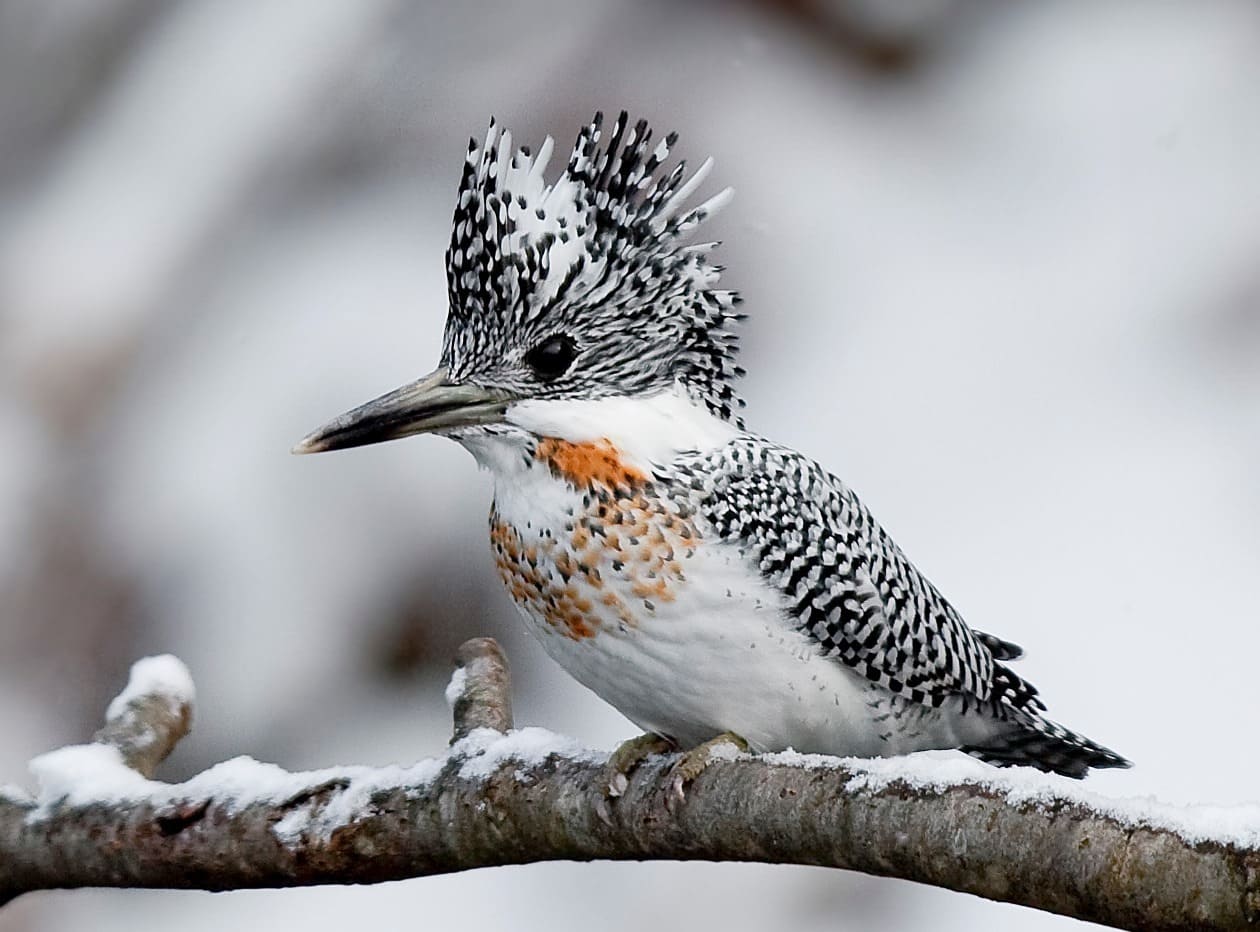 Native to the mountains and foothills of South Asia, they can often be spotted near rivers hunting fish, crabs, crayfish, and even frogs. 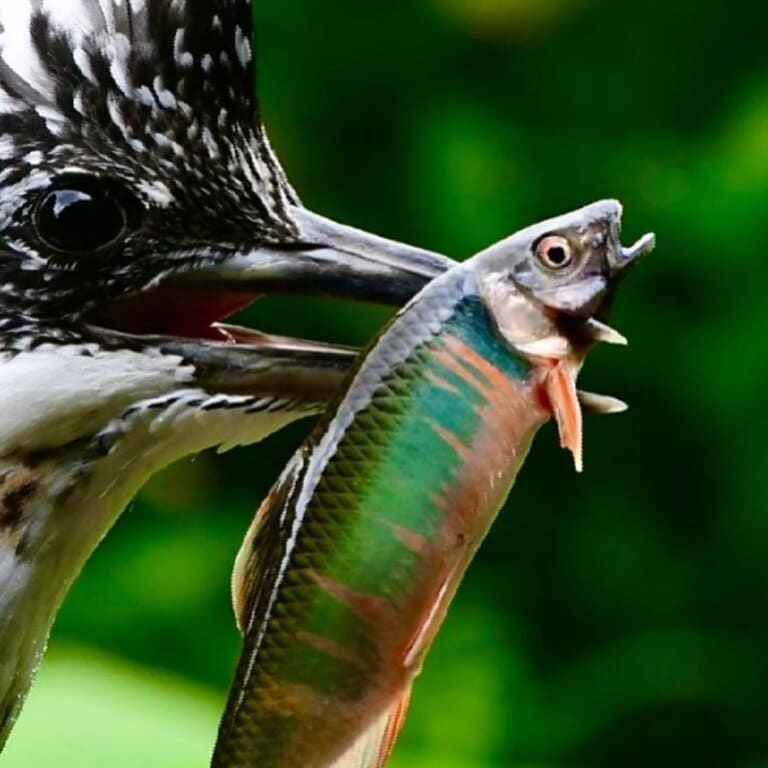 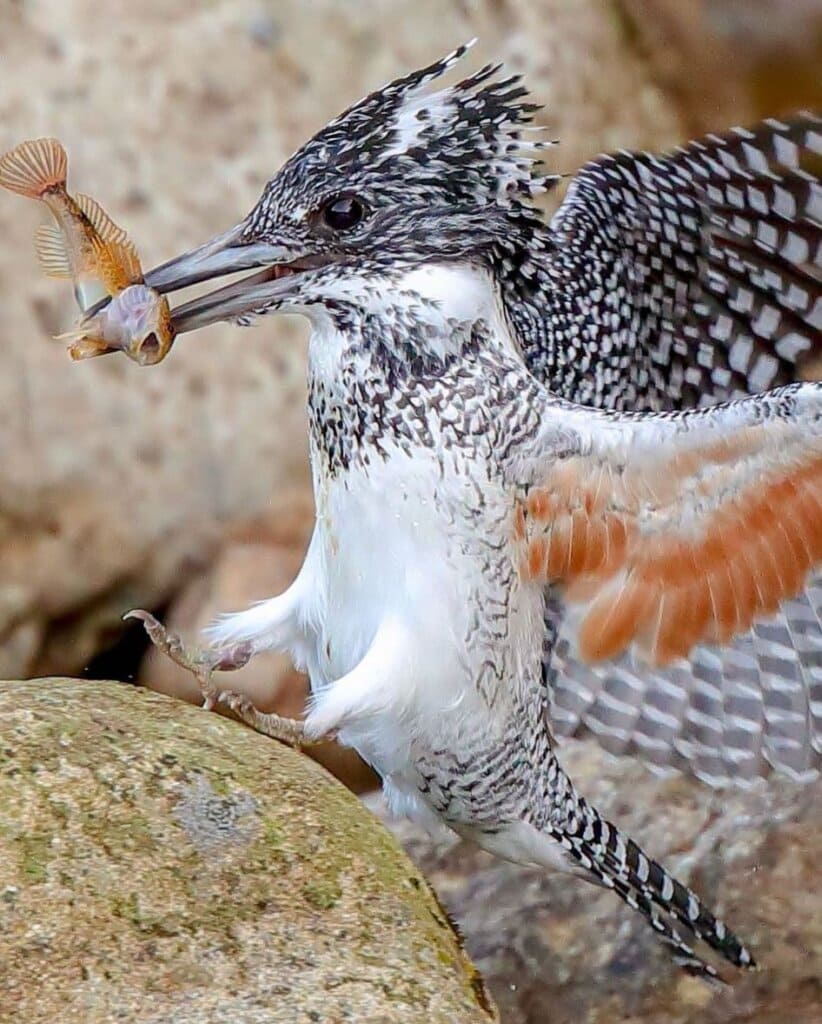 The crested kingfisher is larger than most of its kingfisher cousins, extending up to 17 inches. 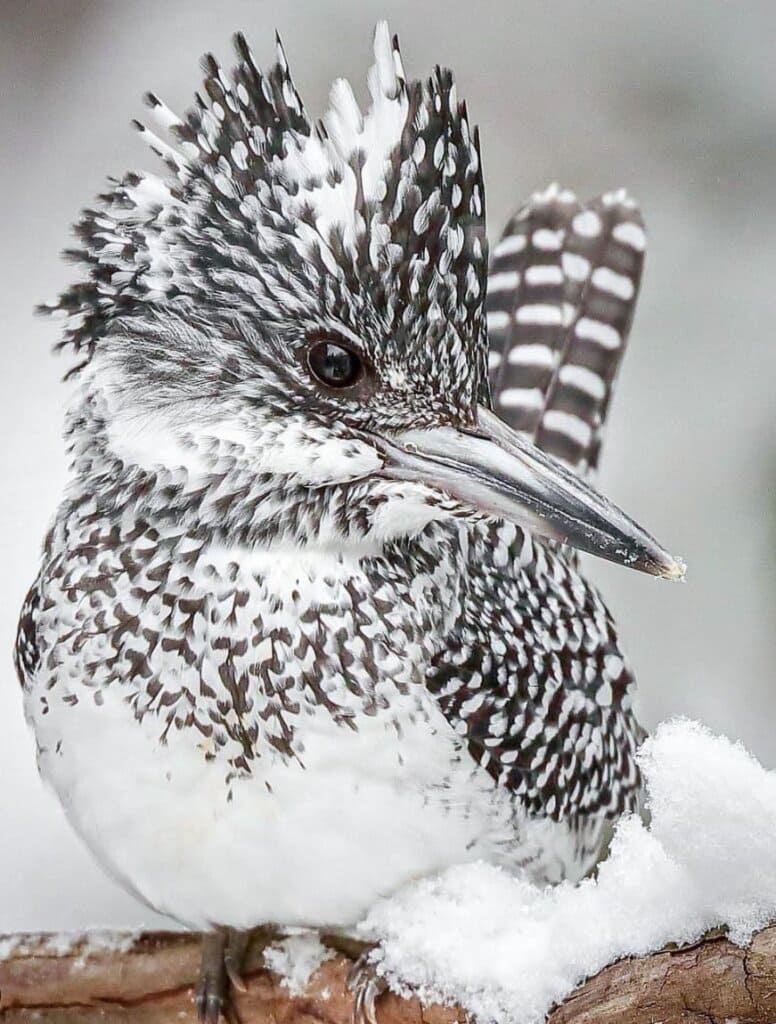 Their nesting habits are unlike other birds. They will burrow into a vertical bank, usually near the water, to lay eggs. 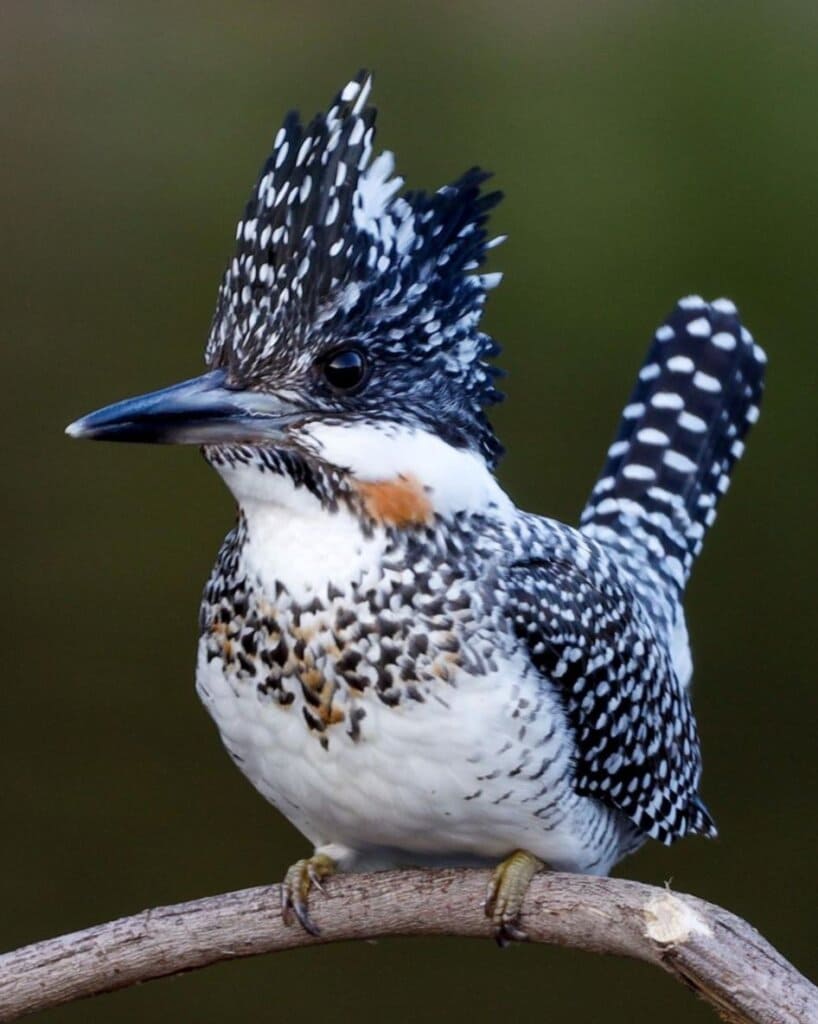 Both males and females will work together to dig the nest using their bills and their feet. 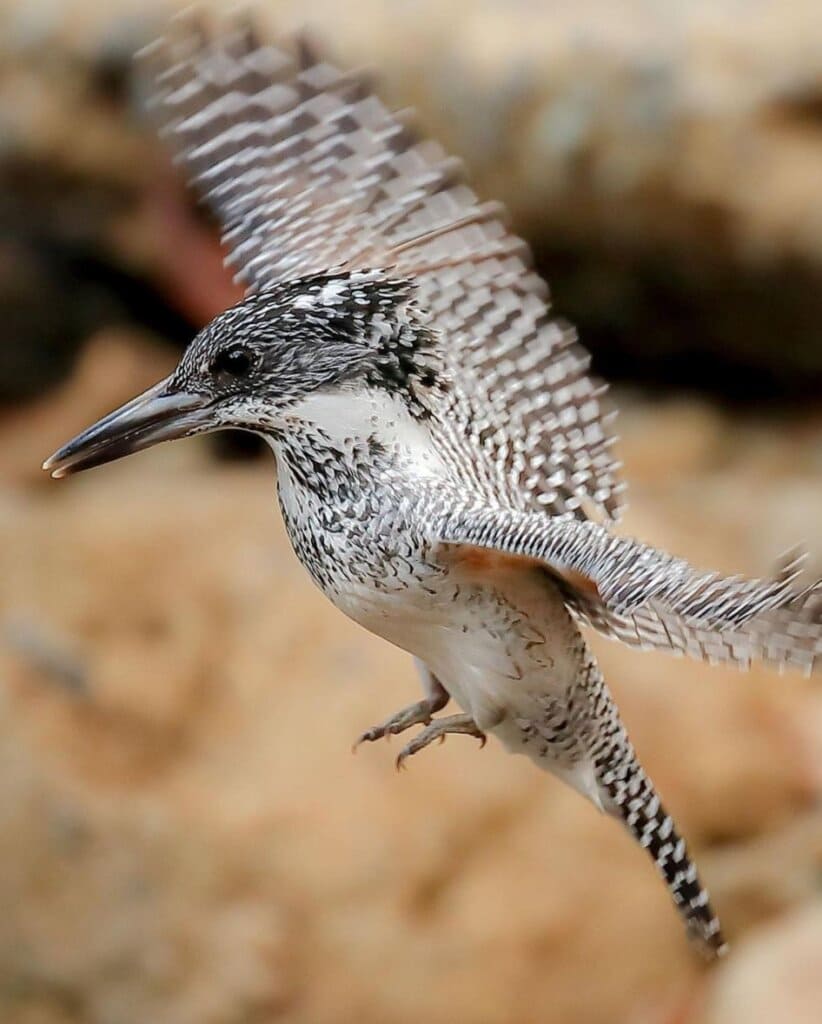 The female will then place 4-7 eggs in a nest that will be incubated only by the female. 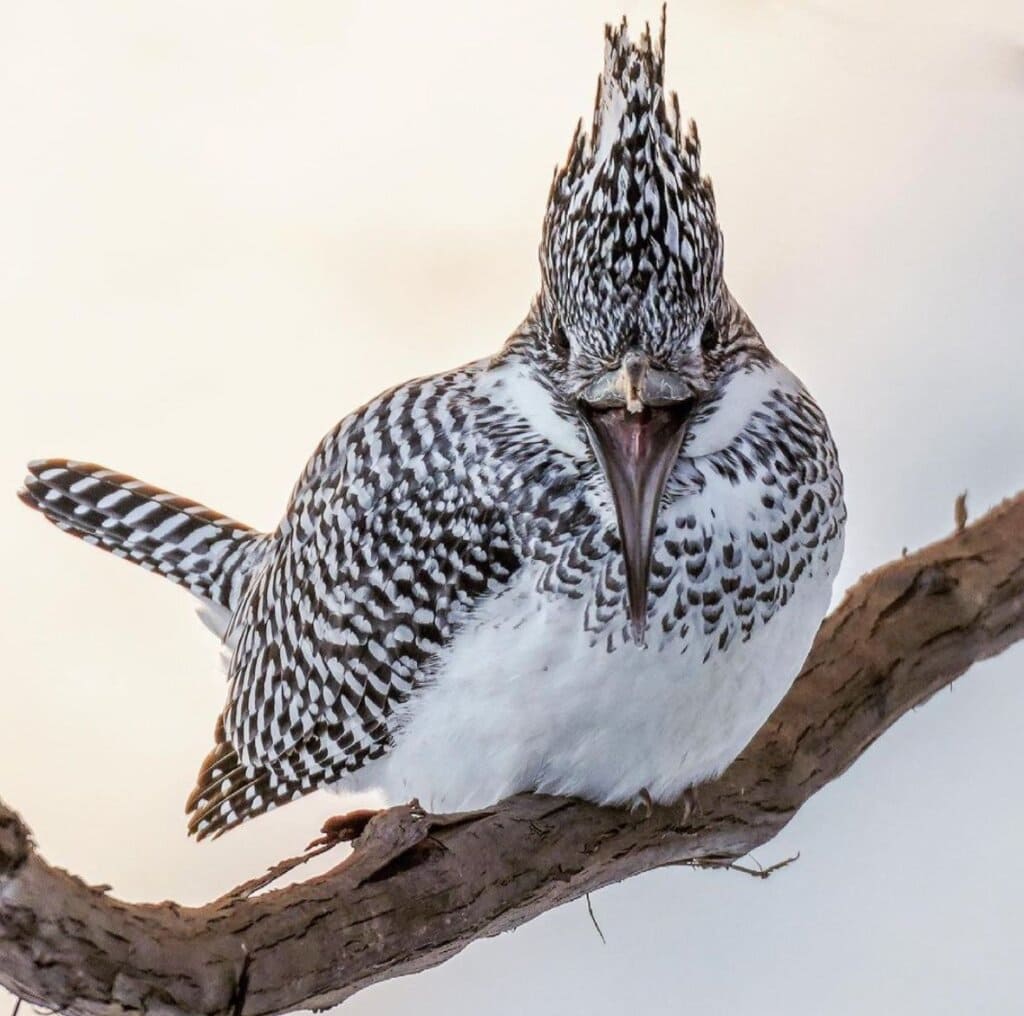