With all that we have seen on the internet, it can be said that the animal kingdom is full of wonders. And more importantly, we’ve learned that, sometimes, animals do some unique things. And yes, they definitely do! This story in particular is a prime example of that!

The series of photos taken by Phoo Chan shows a crow riding on the back of a mid-flight bald eagle. And that is exactly what we are talking about. 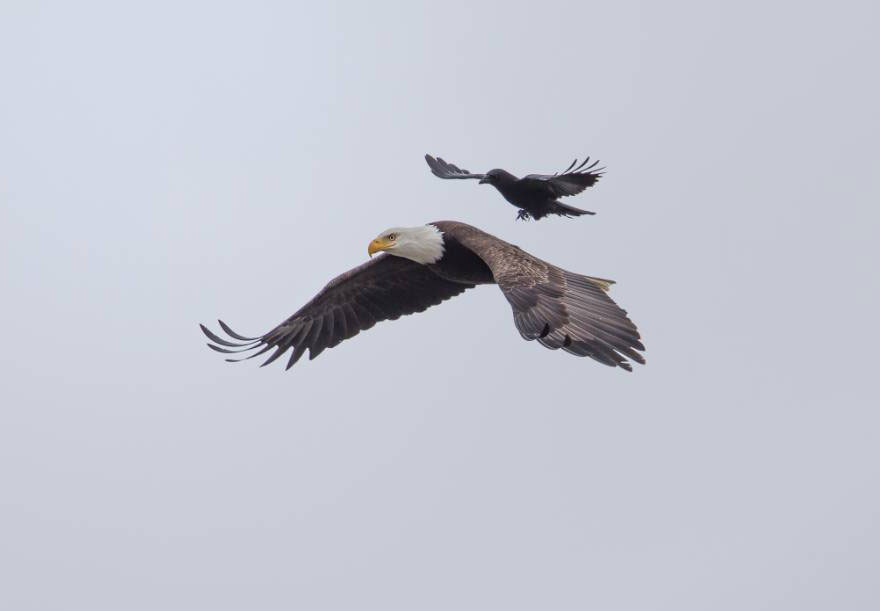 Phoo Chan is a famous photographer with a remarkable track record. And this series of photos of the crow riding on the back of an eagle is truly a once-in-a-lifetime photo series. You can check out the photos below. 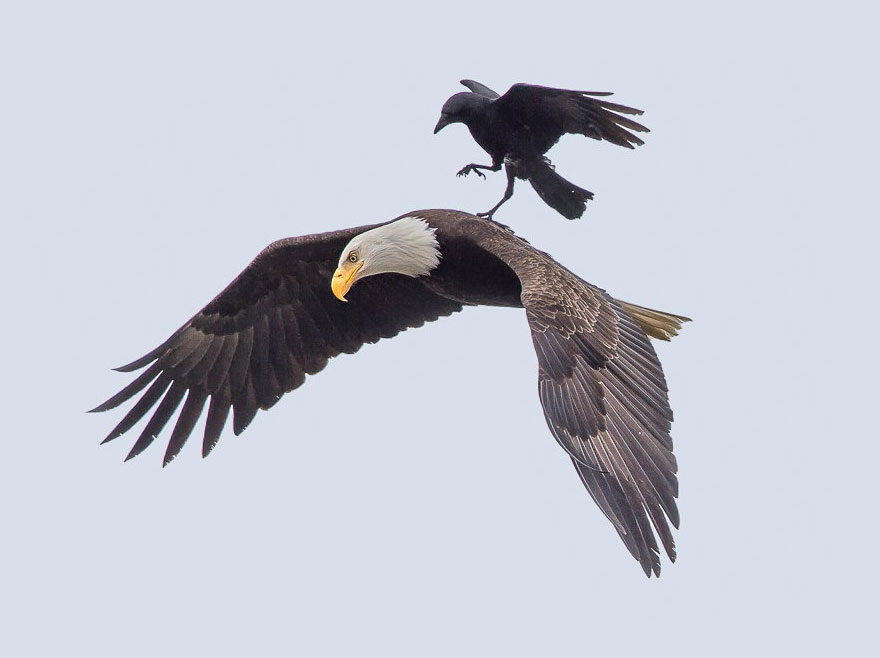 The California-based photographer said, “Crows are known to aggressively harass other raptors that are much larger in size when spotted in their territories and often ‘intruders’. This simply retreats without much fuss.” 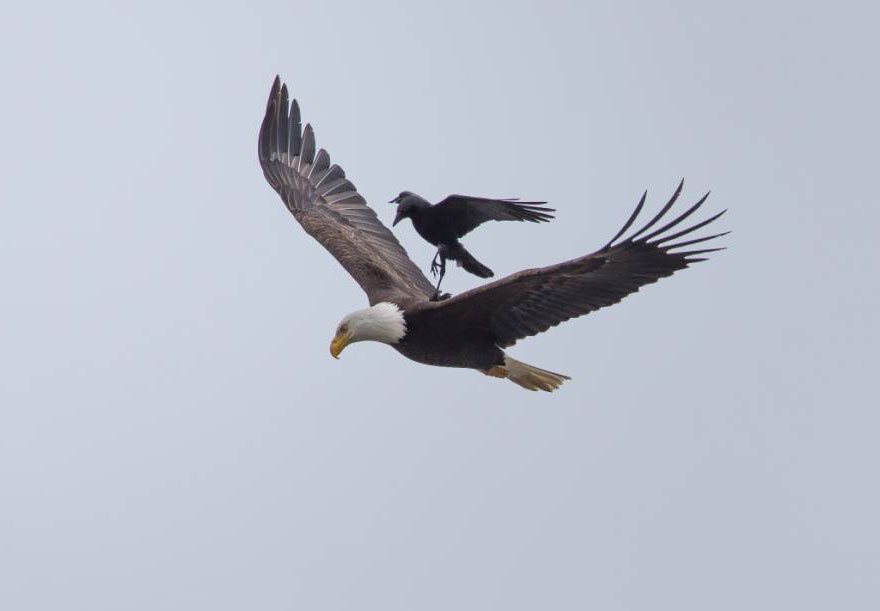 “What made it even more strange was that the crow even stopped briefly on the eagle’s back as if it were taking a free scenic walk and the eagle simply obeyed.” 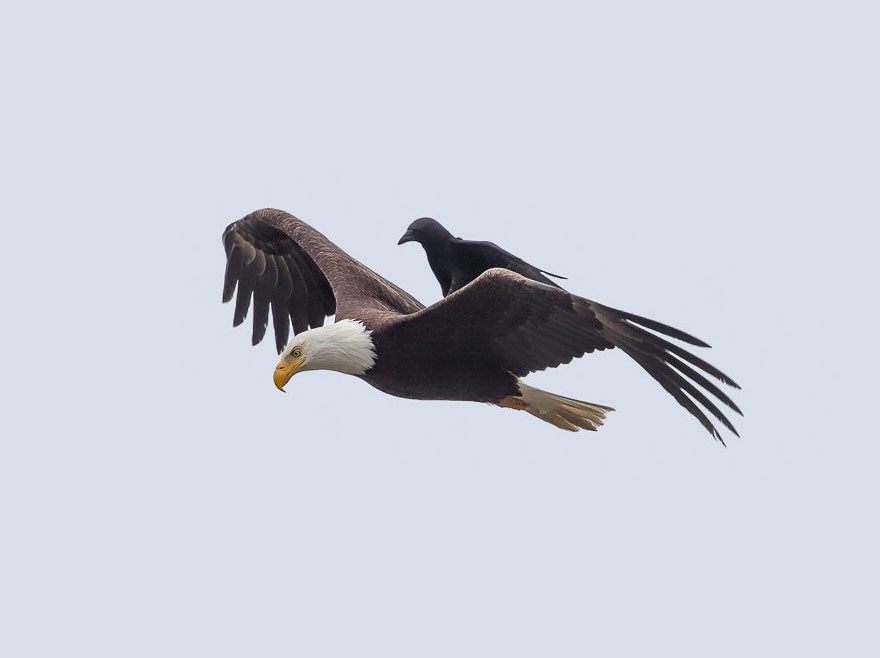 So what do you think of these photos? This is really something huh!