It is often said that seeing the big five in Africa is a pleasant experience. Still, for a Norwegian backpacker, her personal and close-up experience with a friendly pachyderm was a bit too close to be comfortable.

Aged care worker Kristin Ruud, 54, was perched on a hill inside a sanctuary in Port Elizabeth when a wild elephant ran up to her a few inches away on a safari in South Africa as it approached her open-topped vehicle.

Kristin, who was on holiday with her mother, said she couldn’t help but fear the calf might attack them as he ventured within reach arm’s reach at sunset.

Kristin, from Oslo, said: ‘We heard the elephants in the bushes and tried to catch them, but couldn’t see them behind the trees.

“We were going to call it a day when he came right to us surprisingly quickly.

“Our ranger stopped the car not to disturb him as he walked around in complete silence.

“You don’t realize how big they are until you see them up close. There was a time when I thought: ‘what if he attacks’? ”

The encounter was recorded inside the Kariega Game Reserve in April but posted to social media this week. 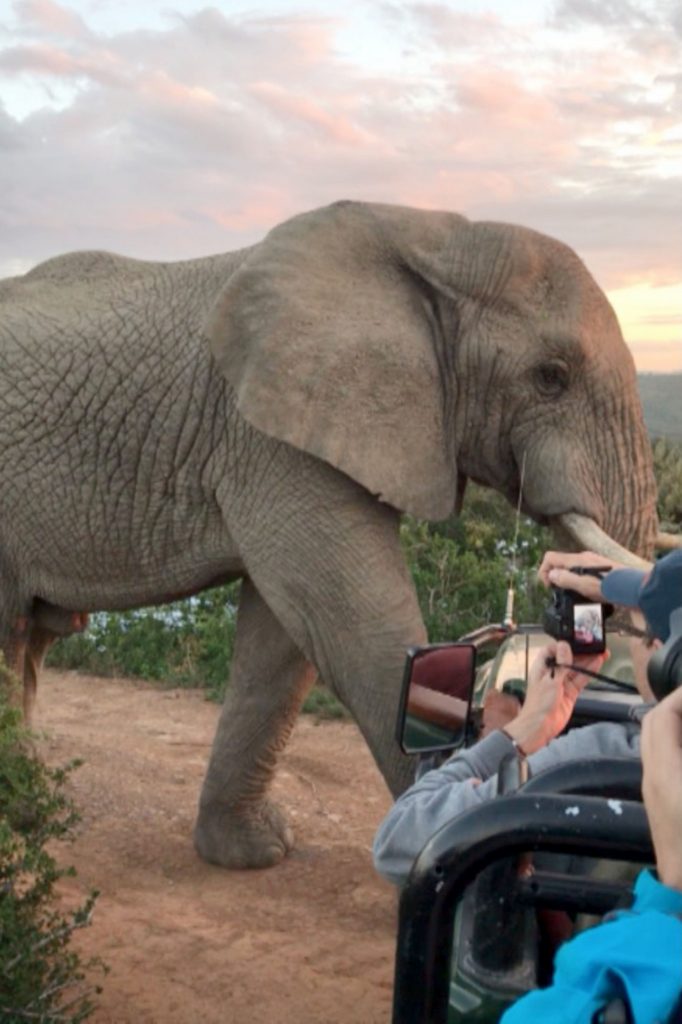 Elephant populations are on the rise in South Africa, causing an increase in the frequency of running away with humans.

And Kristin said the once-in-a-lifetime moment was the icing on the cake of a memorable trip.

“My mother jumped right into my lap because she was sitting next to me and closer to the elephant.

“We contacted the elephants in the sanctuary, but nothing like this.

“I now have a deeper respect for these animals. They are very handsome, strong, and gentle at the same time.

“This was one of the best vacations of my life, and it was definitely the highlight.”