This grizzly bear, known only as 747, which won last year’s ‘Fat Bear Week’ competition, has been spotted at Brooks Falls looking bigger than ever.

It is estimated that he weighs 1,400 lbs, and he looks like he is about to sleep through five hibernation cycles! 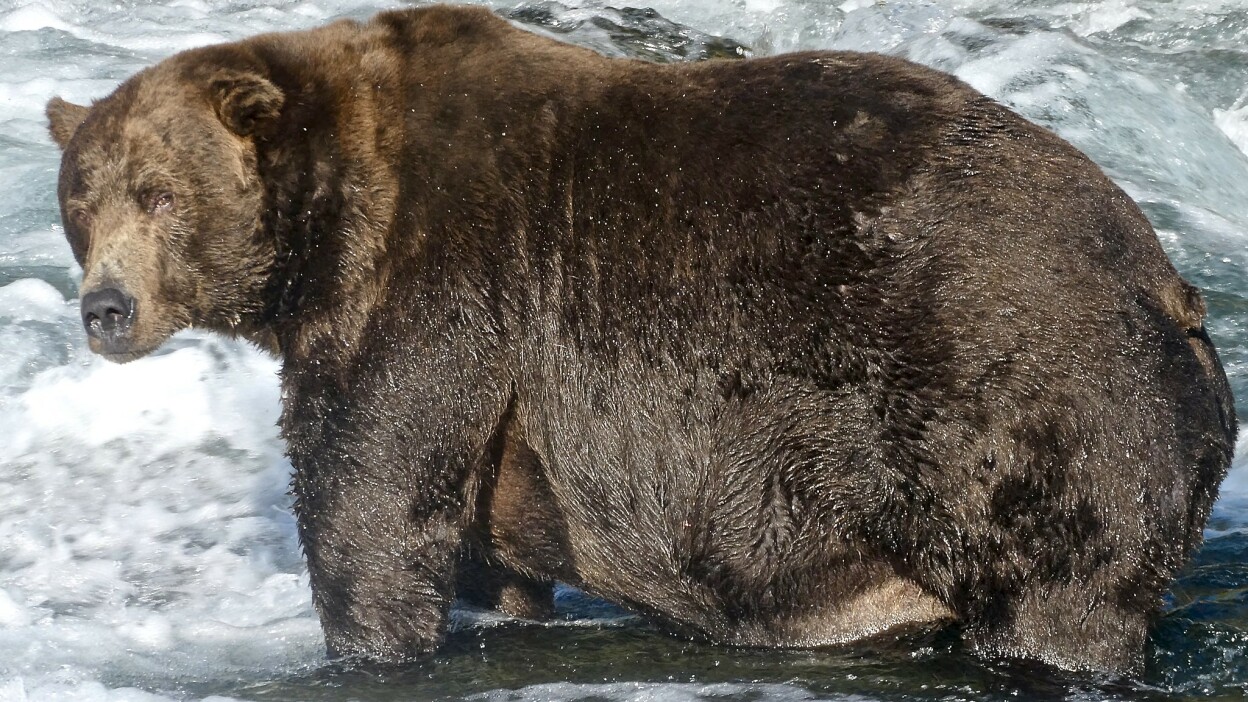 It is no surprise to learn that he is the largest and most dominant bear in the river.

He has used his sheer size and influence to take advantage of the best fishing spots in the Brooks Falls area.

Here he was spotted in 2018 looking huge: 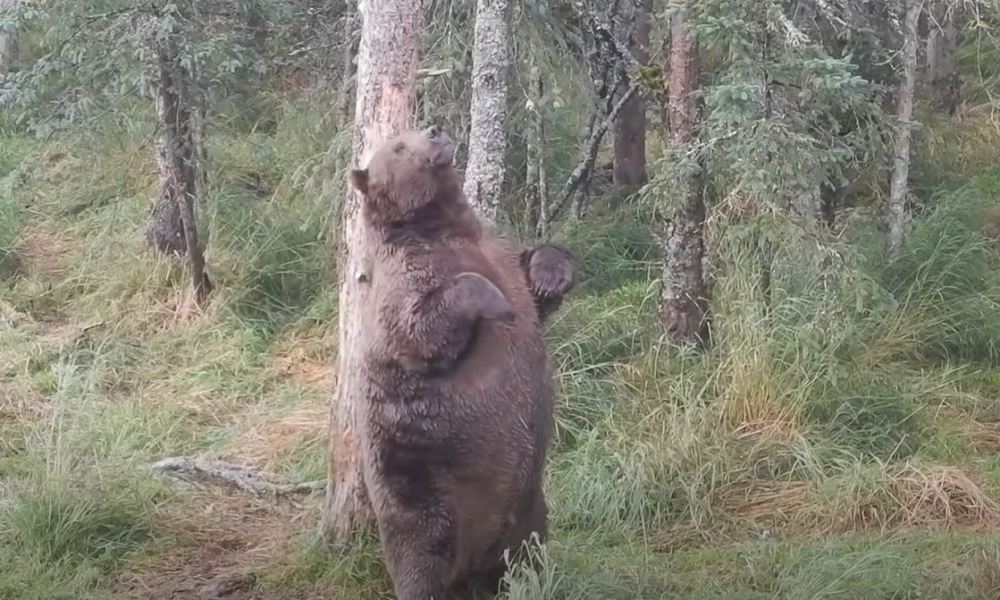 He was spotted by rangers eating more than 15 fish in just a few hours.
Fat bears are considered a success story by conservationists!

“This is a story about a very healthy ecosystem,” said Naomi Boak, media ranger at Katmai National Park and Reserve. “It’s about the salmon having cool enough and enough fresh water to grow.”

Here he was recently spotted struggling to get up a hill: