To photograph one of the rarest creatures on Earth, you have to be extremely skilled and extremely lucky.

But it’s clear that Sergey Gorshkov is both – shown in his stunning photograph of a Siberian tiger, or Amur tiger, deep in the forests of Russia’s Far East.

The image just earned him the title of Wildlife Photographer of the Year.

The tigress is seen hugging a tree, rubbing herself against the bark to leave a scent and mark territory in the Land of the Leopard National Park.

“It’s almost as if the tiger is part of the forest. Her tail merges with the tree roots. The two are one,” she told BBC News.

What is more special is that this is a camera-trap image. The device was set up in the forest and left, waiting to automatically activate when a tiger passes.

Of course, Sergey had to know where he’d be most likely to frame the animal – and that’s where the skills of an experienced wildlife photographer come into play.

Tigers in eastern Russia were hunted to the point of near extinction, and perhaps only a few hundred are left today. And with their prey – mostly deer and wild boar – also dwindling, which means the Amurs must cross vast distances to find food.

It all adds up to the difficulty of securing any kind of photo, never mind one that looks as impressive as Sergey’s. But consider this: the camera trap that captured the winning photo was left in the field for 10 months before its memory card was recovered with its precious image file.

To be a top wildlife photographer, you also have to be extremely patient.

The NHM organizes the WPY contest, which has been 56 years now.

The Fox that the goose by Liina Heikkinen, Finland 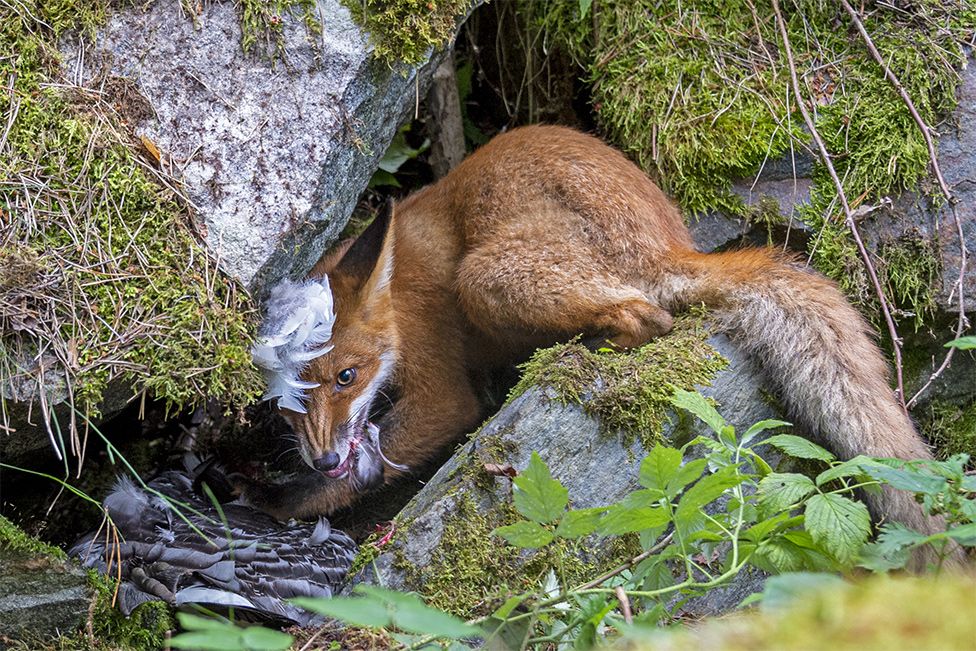 The image of a small fox consuming a male goose brought Finnish teenager Liina to victory in the children’s category 15-17 years old and the grand prize overall for photographers. The fox had forced itself into a crevice to try to prevent its siblings from coming to the meal.

Roz Kidmand-Cox explained: “The judges especially liked it because only a really keen young naturalist could get such a picture. The composition is amazing. Liina must have been lying on the ground because she was keeping an eye on that young fox.”

Pose of the Mogens Trolle, Denmark 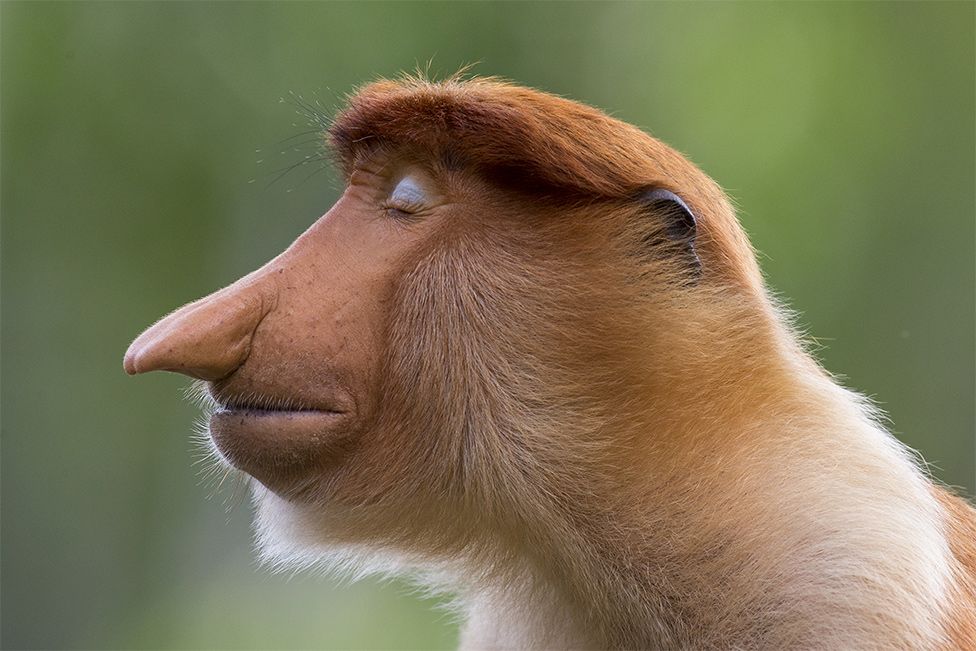 A young male proboscis monkey in profile. It is this year’s Animal Portrait WPY winner. The photo was taken at the Labuk Bay Proboscis monkey sanctuary in Sabah, Borneo. That magnificent nose will grow larger as the young primate matures. It will bring louder sound to his calls, and maybe it will signal his status in the group. 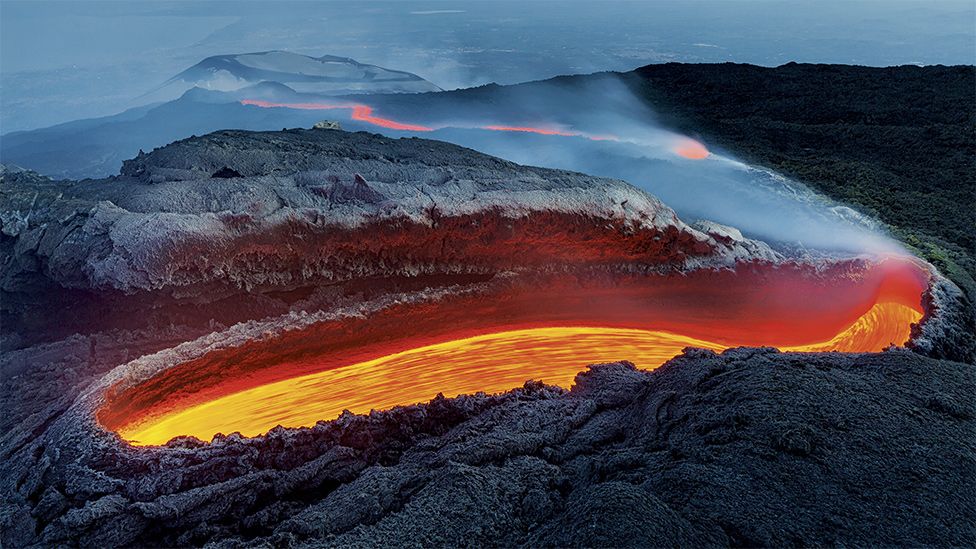 WPY isn’t just about animals. This image taken north of Europe’s most active volcano won the Environment of the Earth category. Luciano Gaudenzio had to defy heat and steam to get close to his subject. He described the scene as hypnotic, with the vent like “an open wound in the rough and wrinkled skin of a giant dinosaur”. 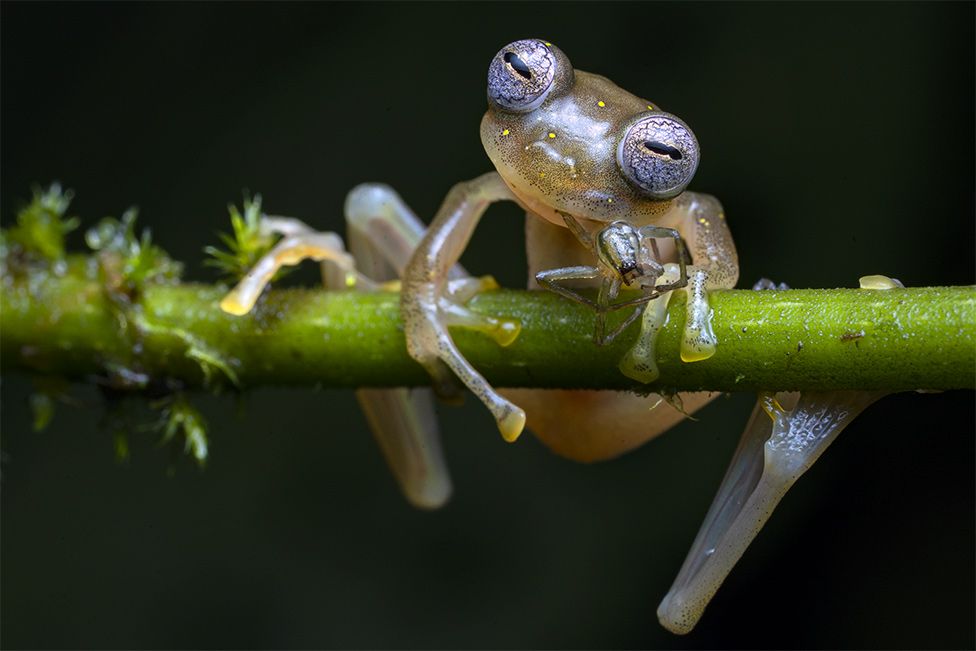 This glass frog eating a spider is the winner in the WPY category for Behavior: Amphibians and Reptiles. Jaime took this photo in Ecuador’s Manduriacu Reserve – during a torrential downpour. He had to hold the umbrella and the flash in the other hand while operating the camera in the other.

The Tale of Two Wasps by Frank Deschandol, France 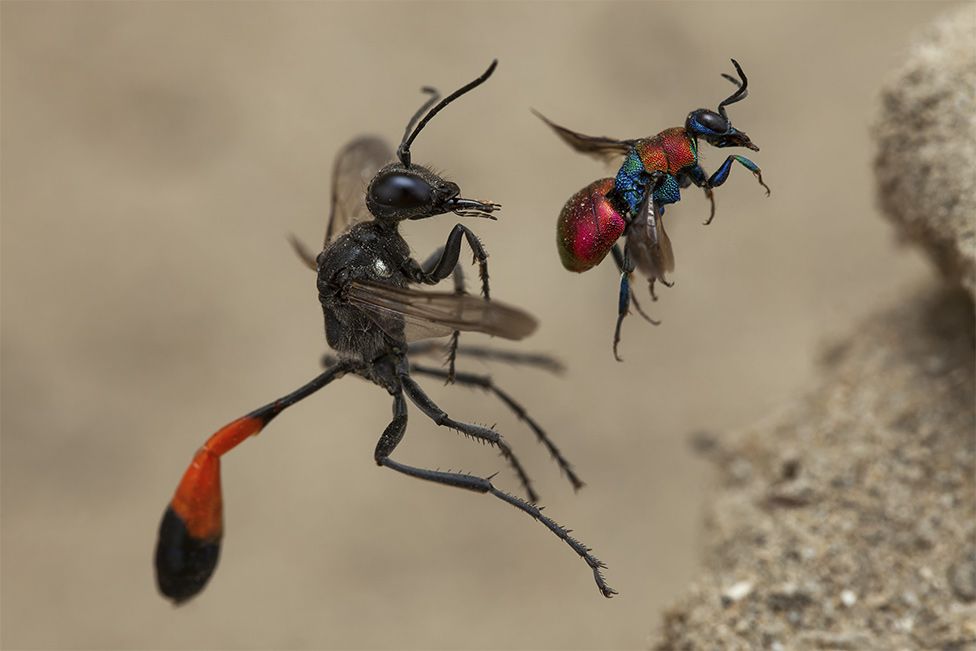 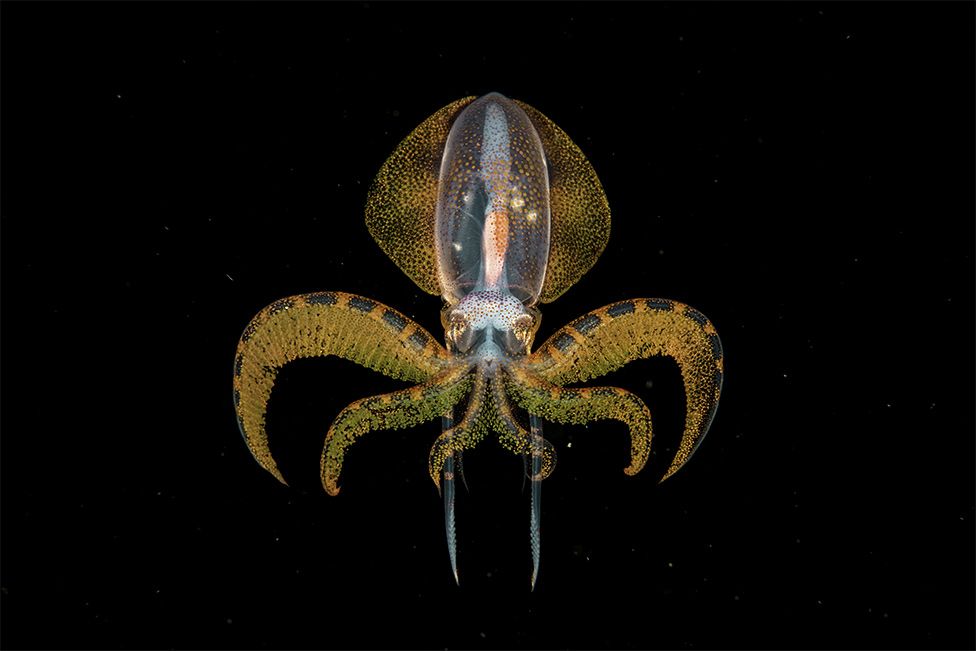 Winner of the Underwater category 2020. This is a small diamond squid. It’s a paralarva – meaning it’s beyond a hatchling but not quite a subadult. Songda captured it during a night dive off the coast of Anilao, Philippines. The animal is about 6-7cm long. 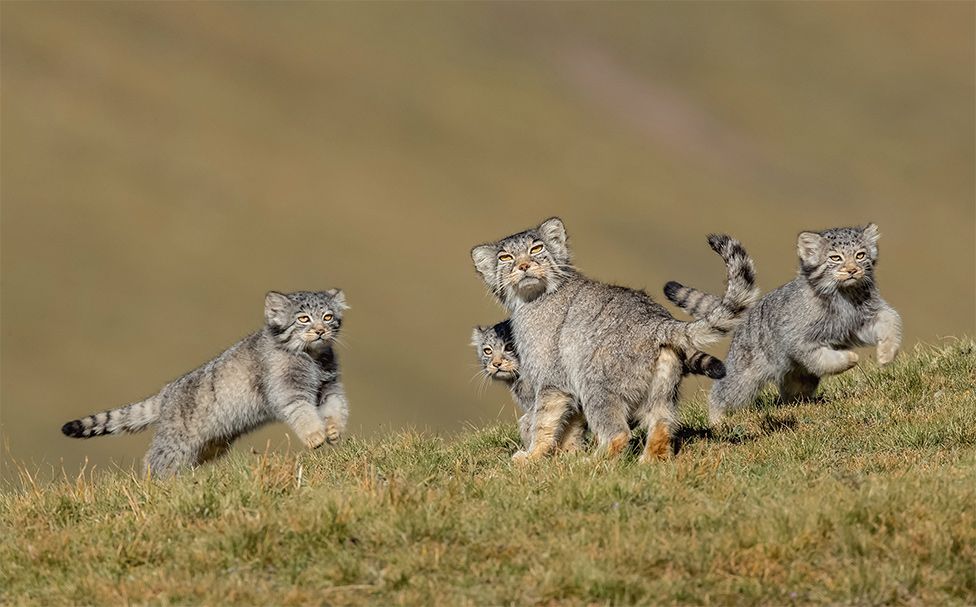 These are Pallas’ young cats, or manuls, found on the remote steppes of the Qinghai-Tibet Plateau in northwest China. Shanyuan took this photo of the playful kittens after six years of tracking and studying them. The winning picture in the Behavior: Mammals category.

The Wildlife Photographer of the Year award is usually presented during a gala dinner at NHM in South Kensington. But, with so many events. In the era of Covid, the organizers had no choice but to go virtual this time. However, the trendy exhibition will go on as usual. It’s open on Fridays, but for tickets only. Booking in advance is essential.

Entries for next year’s awards begin being accepted on Mondays.

Watch the moment HRH The Duchess of Cambridge announces the winner :