Every now and then, nature shows its true self, in all its glory, to remind us how wonderful it can be.

A perfect example of this was captured in Californian waters at Monteray Bay, a place famous for whale-watching. 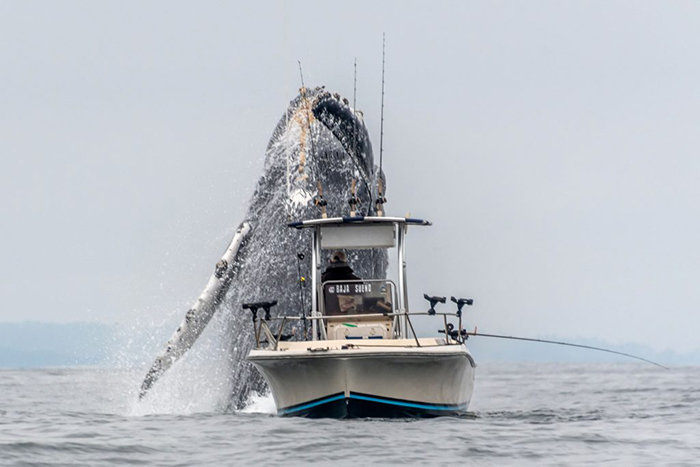 It was a giant humpback whale, caught on camera while breaching the water, right in front of a small fishing boat.
The photographer who captured the incredible close encounter, Douglas Craft said: “The whale is huge! If I were a fisherman, I would probably need some new underwear.” 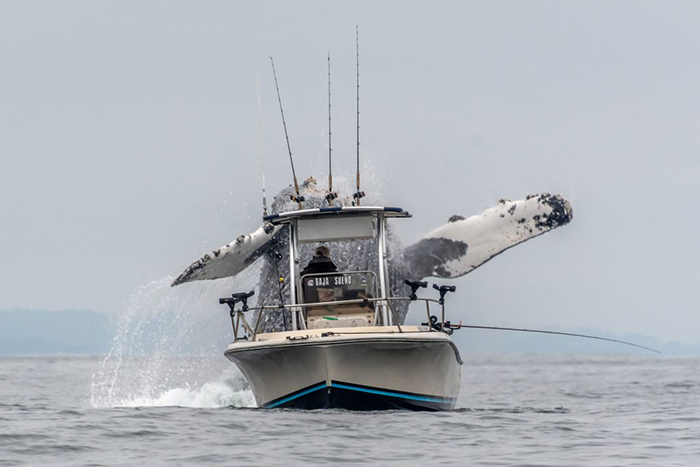 The small fishing boat and the angle of the shots make the breaching whale look even more huge.

“I went below deck to shoot from a porthole close to the water level. That’s what gives the amazing perspective of looking up at this whale,” said Douglas. 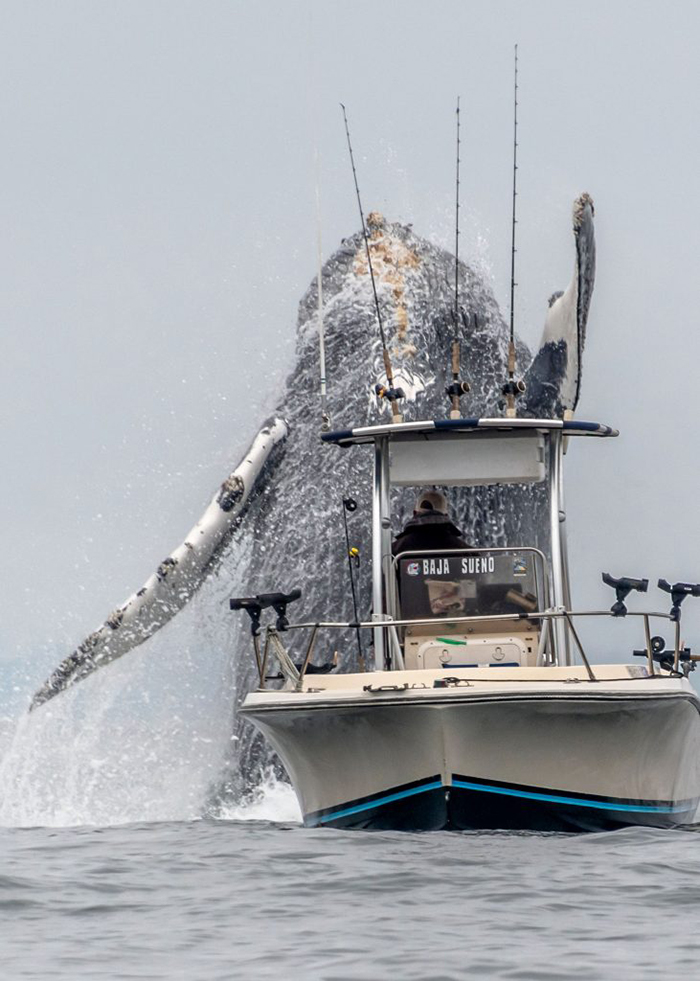 Together with Douglas, was a whale watcher Kate Cummings, she captured an incredible video of the whale breaching. Talking about this, she said:

“It was a pleasure to shoot this video. The whale breached away from the fisherman several times. But sometimes when whales breach multiple times, they are also heading in a particular direction as they are building underwater momentum for the next breach.

I think the next breach will be around the fisherman because the whale was heading in that direction and sure enough! Although I didn’t expect the whale and the boat to line up so perfectly.” 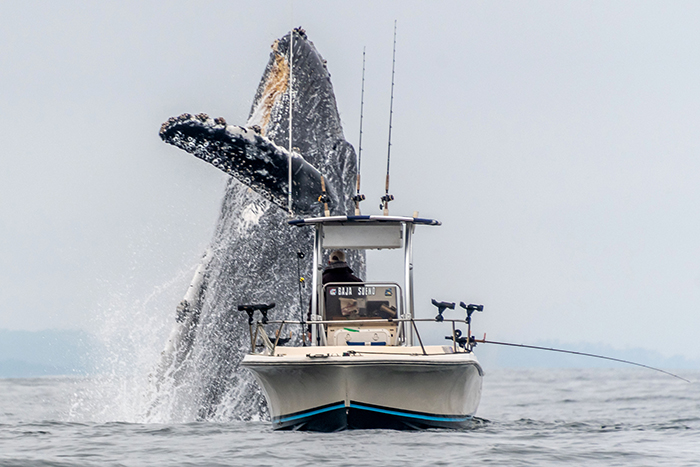