What a sweet way for this animal to thank the rescuers.
According to Daily Mail Australia, it was David Boyd who discovered a kangaroo in Lake Burley Griffin in Canberra. 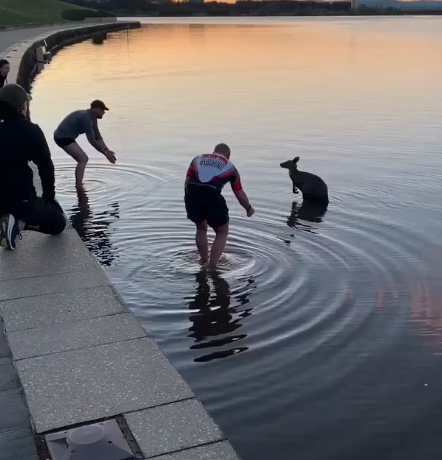 He could see that the water was freezing rapidly, and the kangaroo couldn’t get out.
Luckily, a pair of brave bystanders reached the icy waters to bring the roo back to the dry land. 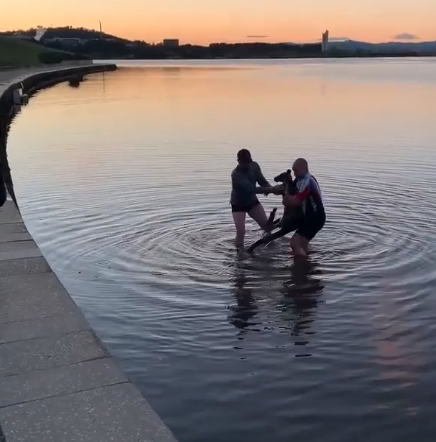 They were careful not to startle the kangaroo as they approached, but when they reached out their hand toward the animal, it began to wave.
Undeterred, they managed to keep the kangaroo and help it return to safety.

A third man came to help lift it out of the lake and comfort the animal because it was scared and shivering. 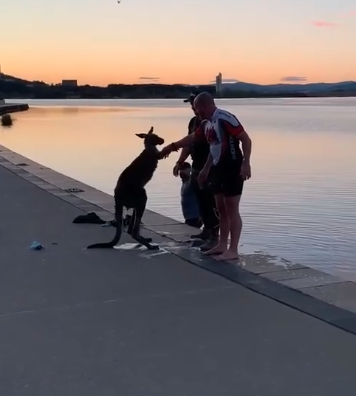 Kangaroos can be dangerous if they see someone as a threat, but this one seems to understand that men want to help. Heartwarmingly, the animal held his paw out as if offering a handshake.

The cameraman can be heard saying.