The animal kingdom regularly delivers funny moments meant to brighten up your day. But while you might expect from a dog, cat, or pets, to act silly, even fearless predators have their moments. For example, take this majestic lion as a joke that makes everyone laugh.

In an adorable yet hilarious video, a male lion shows the world that being a father isn’t the easiest job. Even more, considering how he actually shirks responsibility, you might think that’s the hardest thing. After all, with four cubs fidgeting in your path, a day can be pretty daunting to handle. OR, you can use this dad’s tactic. 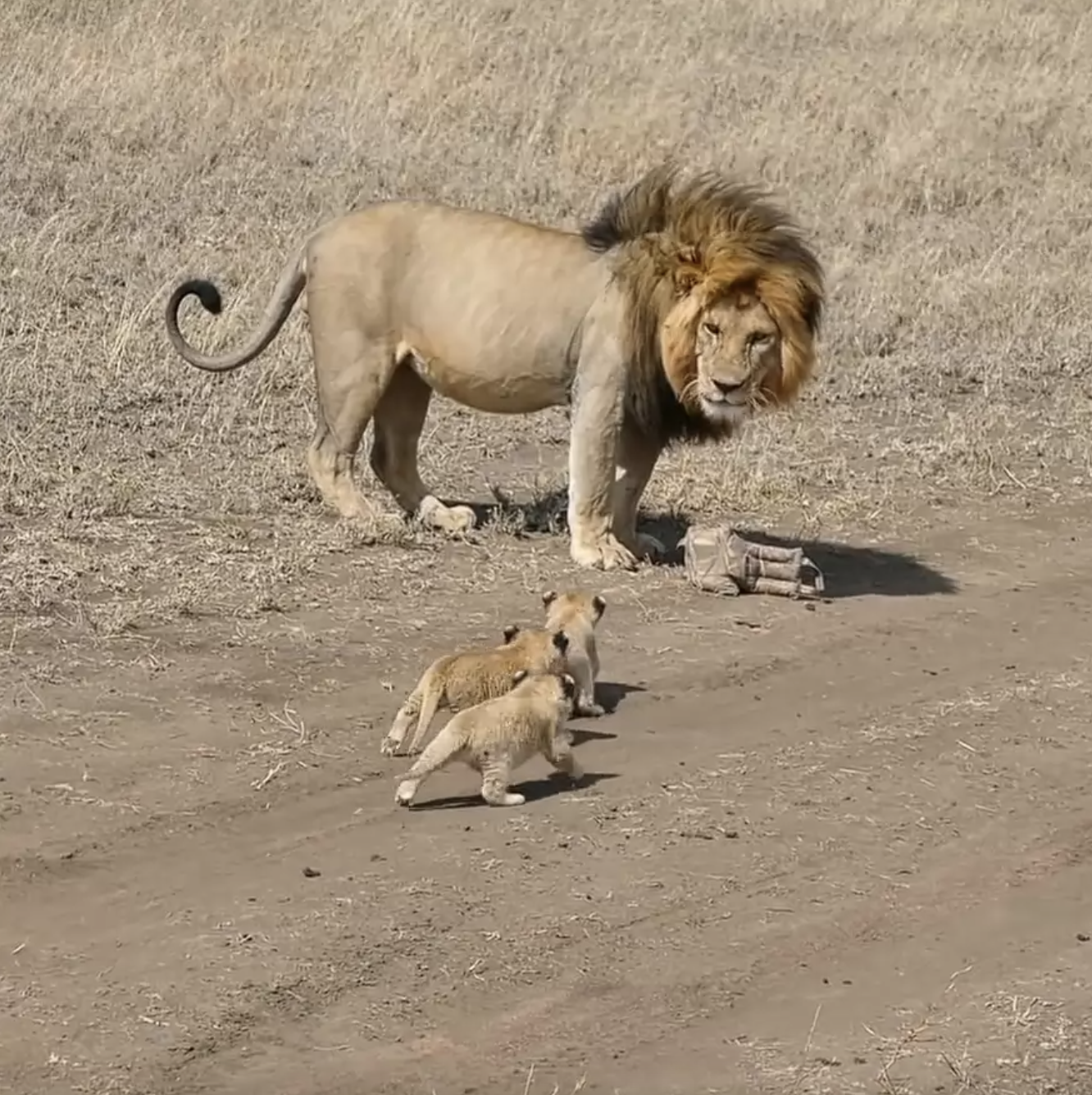 The moment – caught in a short film – amazingly re-enacts scenes from The Lion King, where the jovial Simba can’t get enough of his father, Musafa. Only this time, we have not one but four Simbas. A tough job, isn’t it?

Anyway, the video debuts with the lion father seemingly being charged with his young cubs. But he hopes he can keep an eye on them from afar. But in the cubs’ line of sight, that’s not going to happen as they easily keep up with the male, even if he’s literally running away. 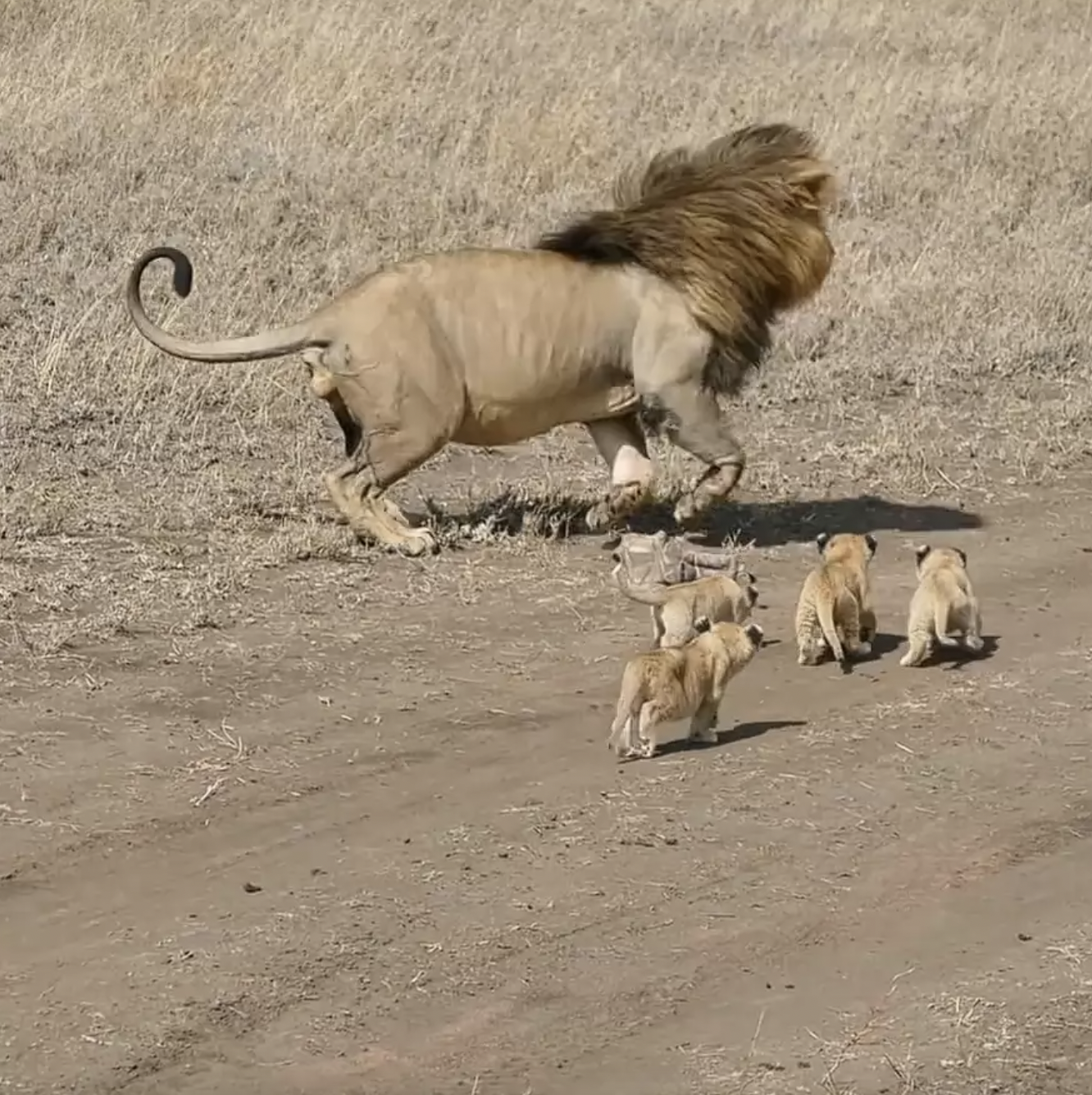 Sure, not the best example of parenting, but well worth watching. After all, this video has racked up over 18 million views. So take a look at this: