Initially, all was normal and he came across a family of two lionesses, three cubs, and a single male. They decided to follow them around take some photos. 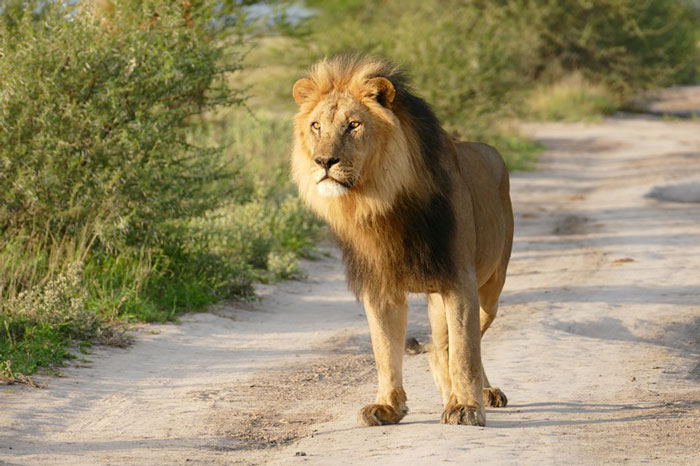 After following them to and from the watering hole, the lead lioness came across an injured bat-eared fox on the dirt track. 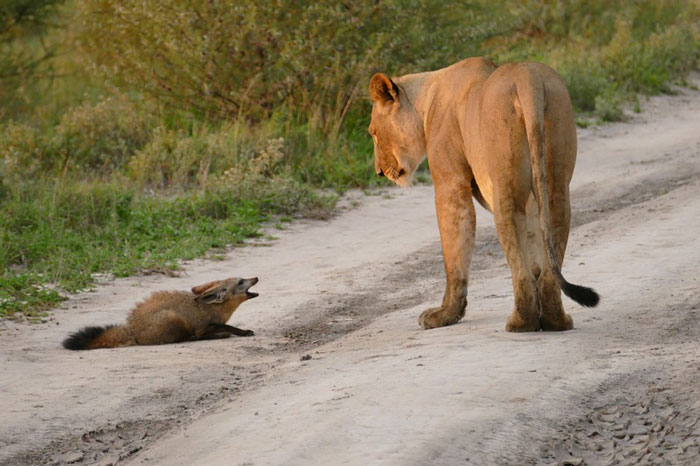 The fox was on the floor and evidently injured, it was dragging its backside. So far all seems to be normal. 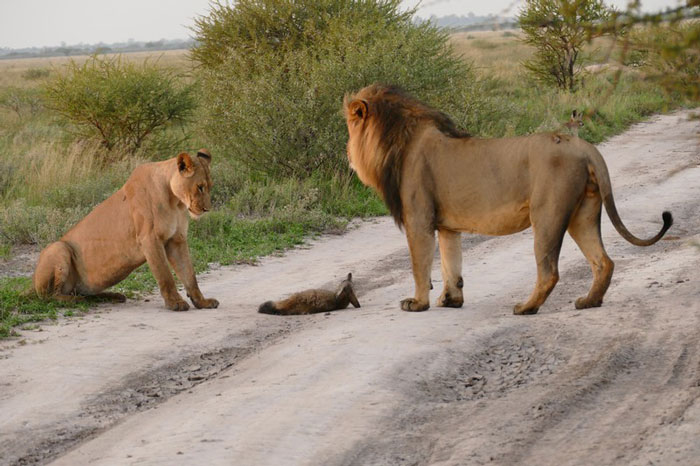 Then the male arrived hoping to get some food, but he wasn’t keen to take on the yappy fox. 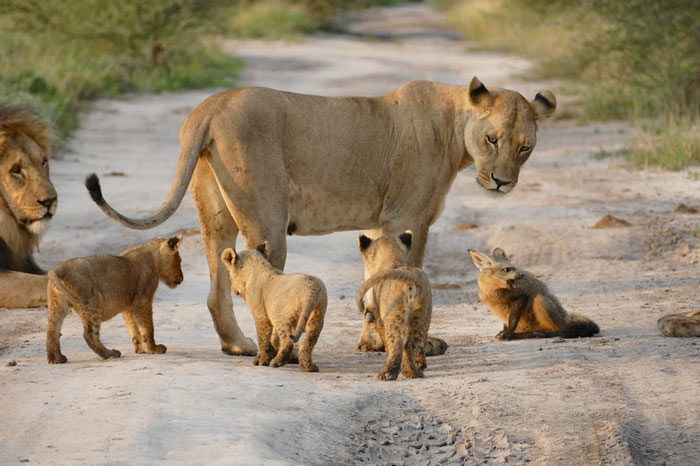 The small feisty fox continued to call and chatter at the lions for around 5 straight minutes, and also whenever any lion would approach him. 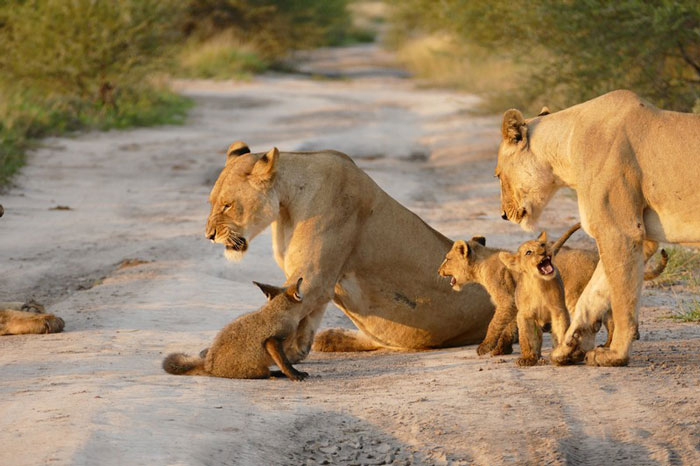 The male eventually went off to the side, but the lionesses and the cubs seemed to be intrigued, so they approached the fox. 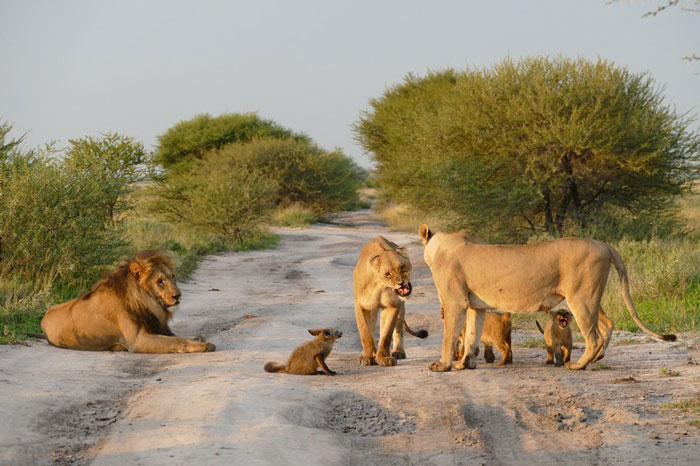 It seems like the lioness had no idea what to do now with the fox, but one thing was clear, she was defensive of the fox. 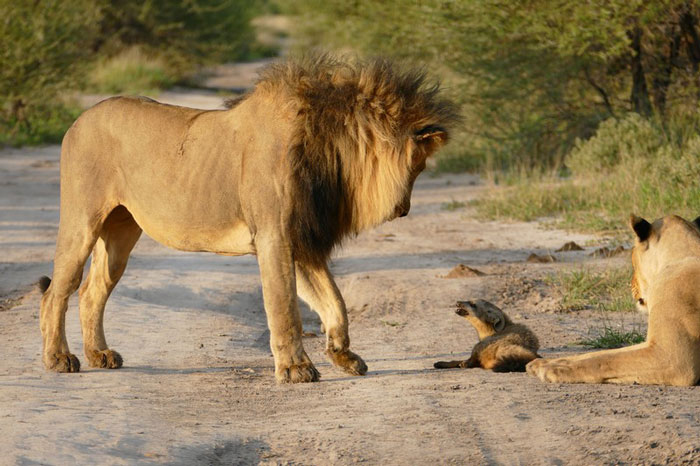 It seemed like her motherly instinct was kicking in, she even struck the male when he approached a little too close for her comfort. 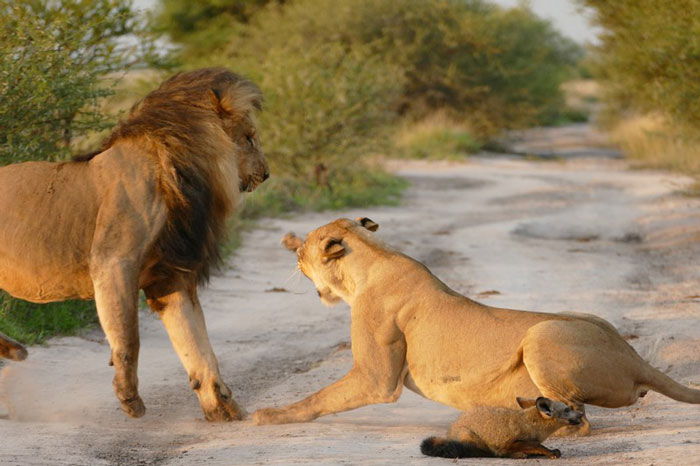 This caused a violent altercation between the lion and lioness and they both began to roar and swing at each other. 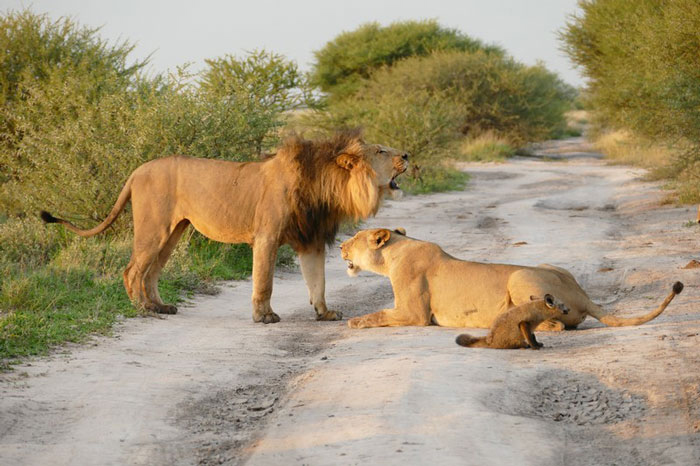 The lioness would not give the male lion any access to the fox, it seemed like she was protecting it at all costs. 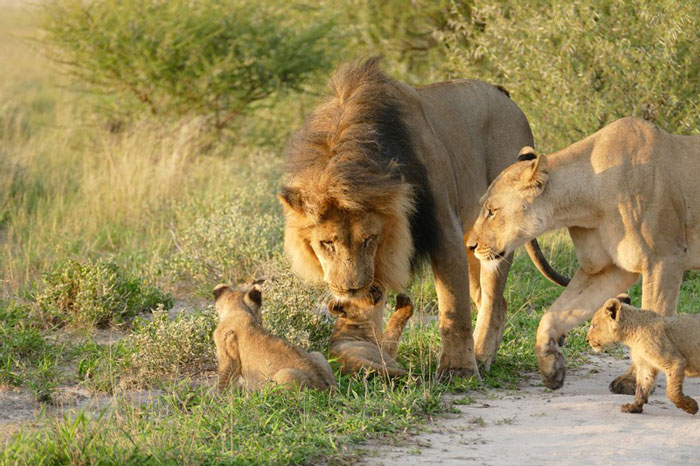 With neither side backing down, it seemed then there was a bit of a stalemate. 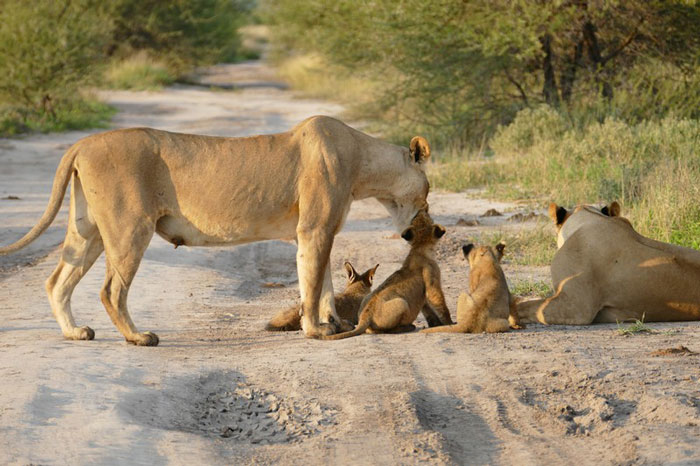 After a little while, the pride heard a noise that indicated that there may be food in the distance, so they quickly ran in that direction. 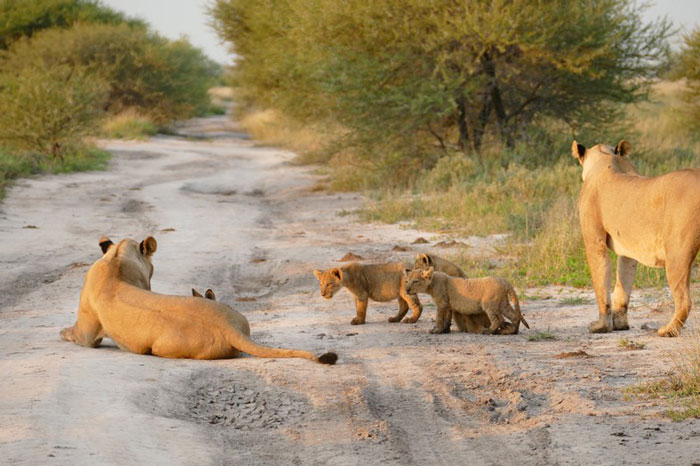 Graham and the team tried to follow the lions but they were too quick, disappearing in the distance. 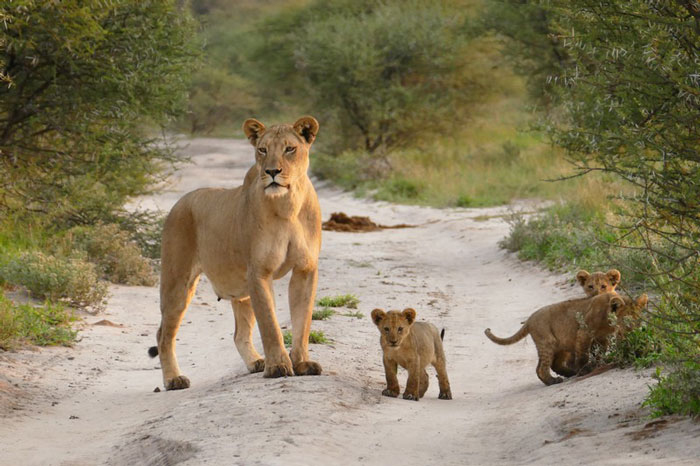 The fox, bewildered was not injured any further and was left alone on the dirt track. Eventually, the fox was able to stand up albeit unsteadily, and waddled off.

It seems like the lioness’s motherly instinct kicked in and she chose to protect the injured defenseless fox out of the kindness of her own heart.