Giraffes are some of the most famous wildlife on Earth. Native to Africa, the giraffes are known to be the tallest land animal in the world. The fur of this large creature usually has brown patches separated by white or cream color.

However, some scarce species of giraffe have a completely white or black coat. These are giraffes with the leucistic and melanistic color – the rarest species in the world. 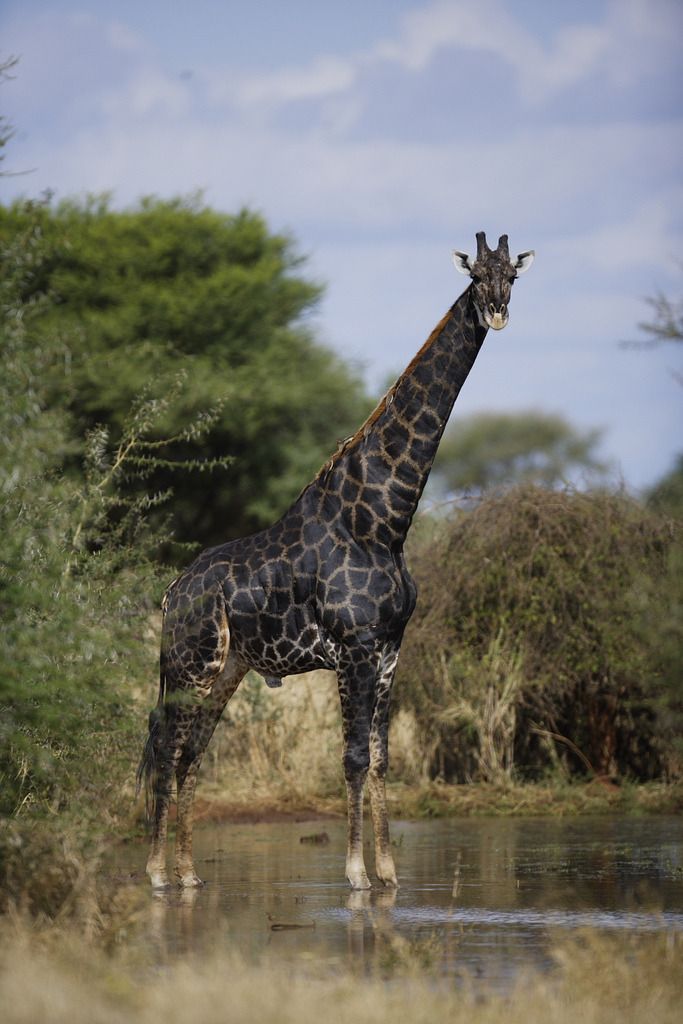 In contrast to albinism, melanism can be found in many animals, including leopards, tigers, foxes, and even giraffes. 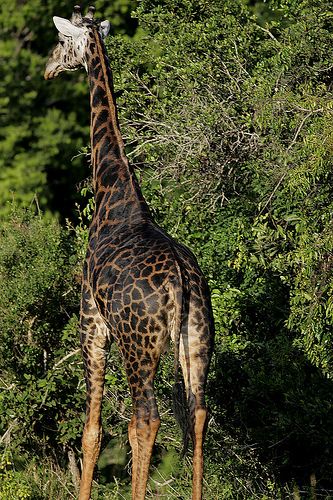 Although some species are more likely to develop neurogenic melanosis than others (e.g., jaguars), this rare condition has a major impact on their social lives. Due to their unusual appearance, these animals are often rejected by their group.

Their lifespan is extremely short as they are always the target of predators due to their natural inability to camouflage. 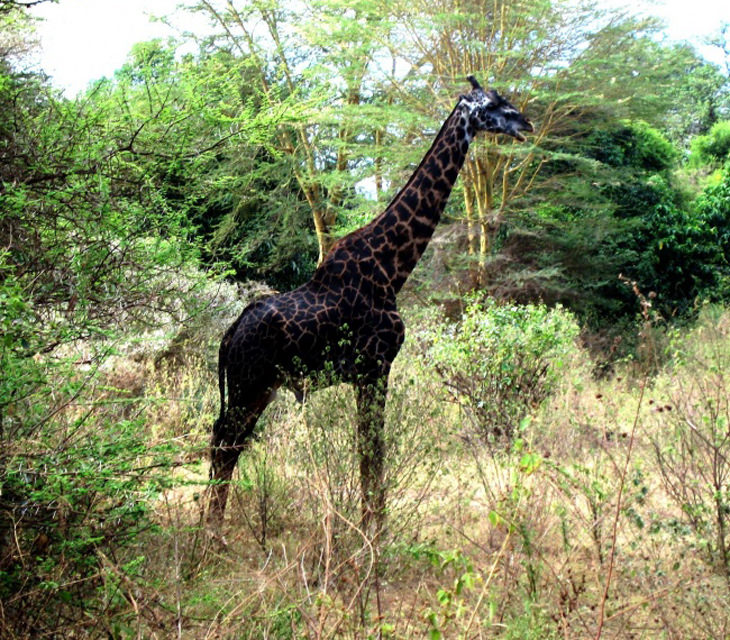 As for the white giraffe, which is also extremely rare (only two species of white giraffe are known globally), their extremely unusual coat color is the result of a genetic condition.

This time its leucism. This condition is very similar to albinism, but while albinism also affects the eyes or other parts of the body, leucism only results in loss of pigmentation. 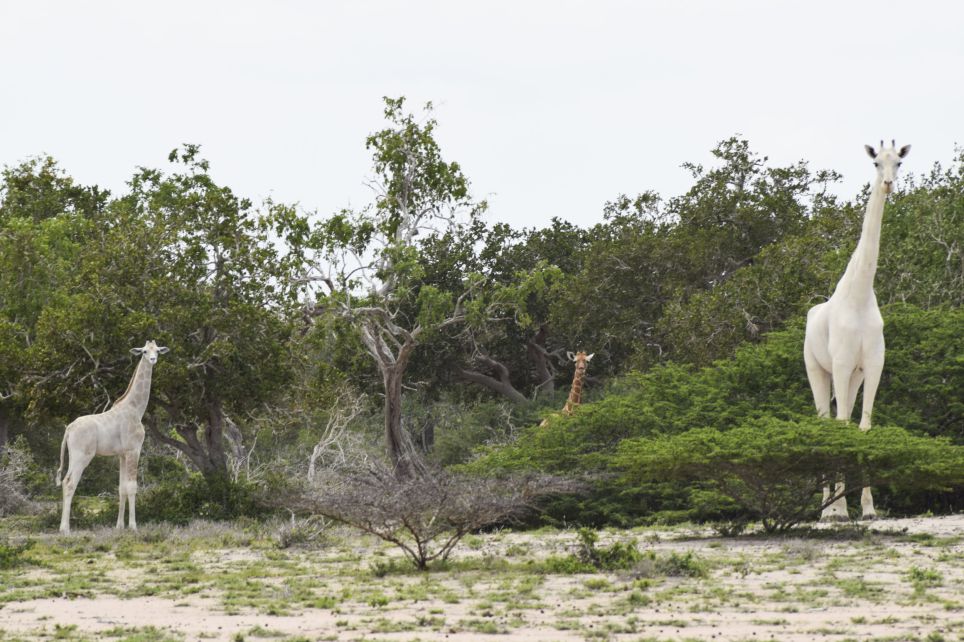 A few years ago, a pair of white giraffes (mother and child) were photographed for the first time in history. You can see them below! 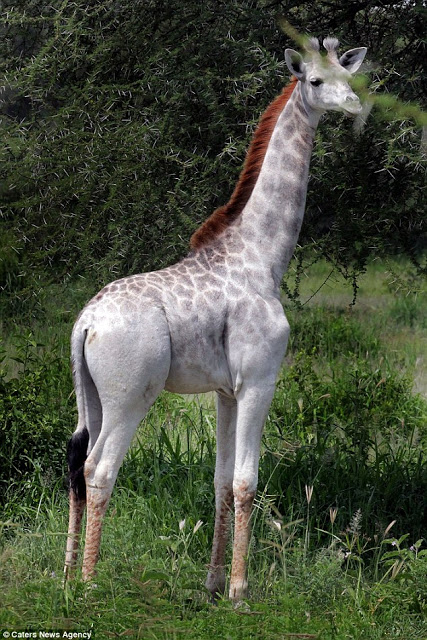 Only one leucistic giraffe is left in the wild (and the only one in the world). Named Omo, the rare creature, lives in Tarangire National Park, Tanzania. Dr. Derek Lee, founder, and scientist at the Wildlife Institute, first discovered her.

Dr. Lee said: “Omo is the only pale giraffe that we are currently aware of, but we have also observed leucistic waterbuck, cape buffalo, and ostrich in Tarangire.

“Omo gets along well with other giraffes. She is always seen with a large group of normally colored giraffes – they don’t seem to mind her distinct coloration.” 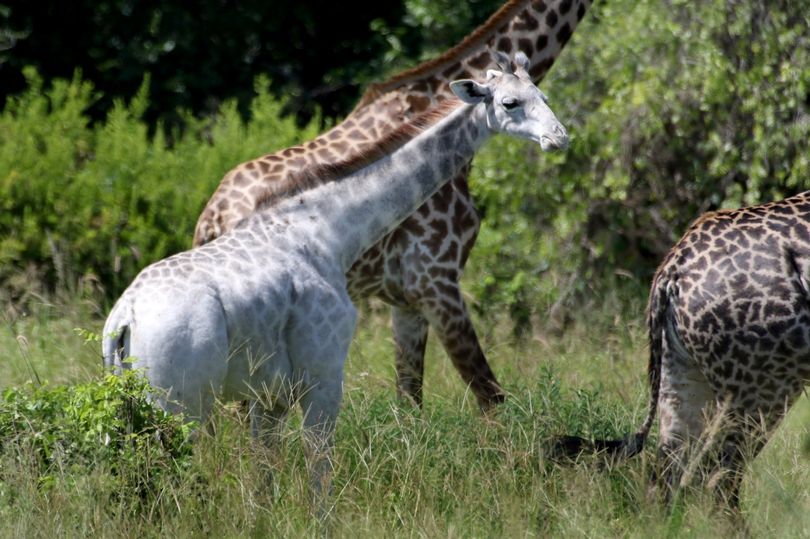