While for some people, an 800lbs giant bear is nothing more than a monster, for others, it is a kind, lovable and empathetic creature that the other human caretakers showed with it. And this touching video shows exactly what bears are – gentle giants.

Sonya, the bear, lost her parents at a very young age. Thankfully, the animal found solace at the Orphan Wildlife Center, Otisville, New York, after being rescued.

There, she quickly befriends the staff, but there’s one person that Sonya has an incredible crush on. The bear and her human caretaker, Jonathan, once had a strong relationship. 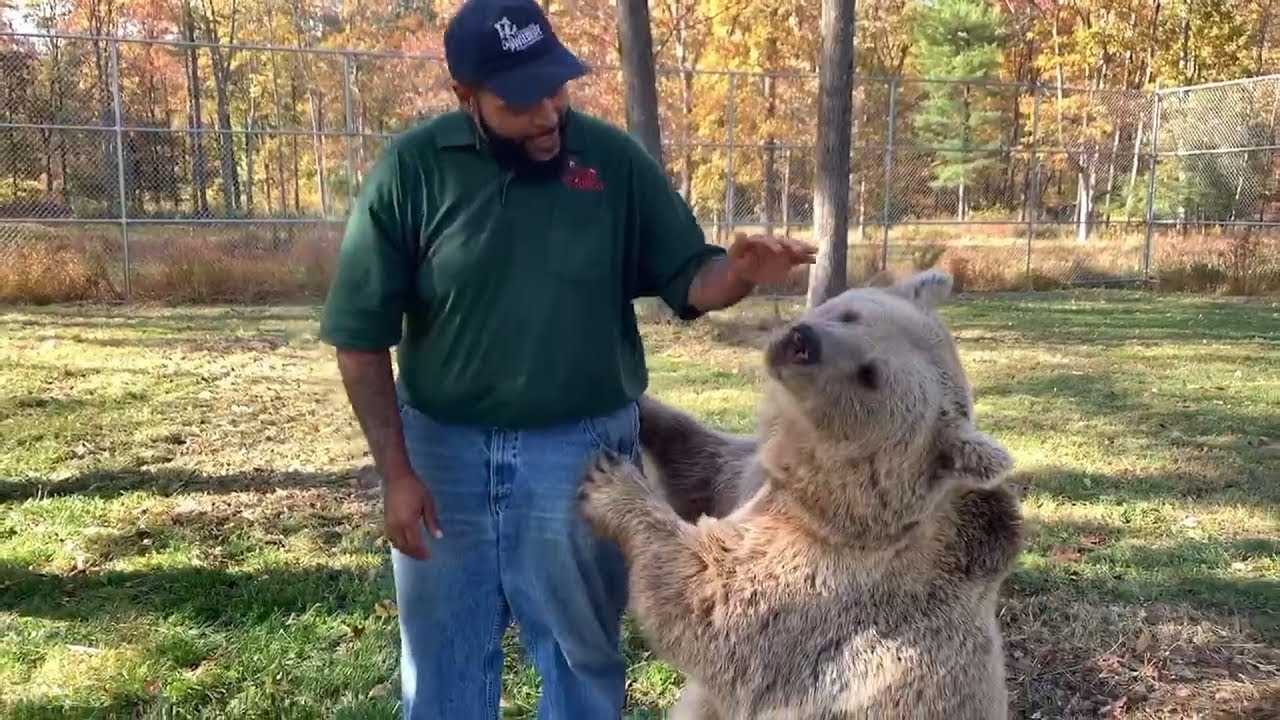 Unfortunately, for some reason, the rescuer left the center.

It has been many years that Sonya and her favorite friend have not seen each other. But recently, Jonathan decided to visit her to see if she remembered him or not. 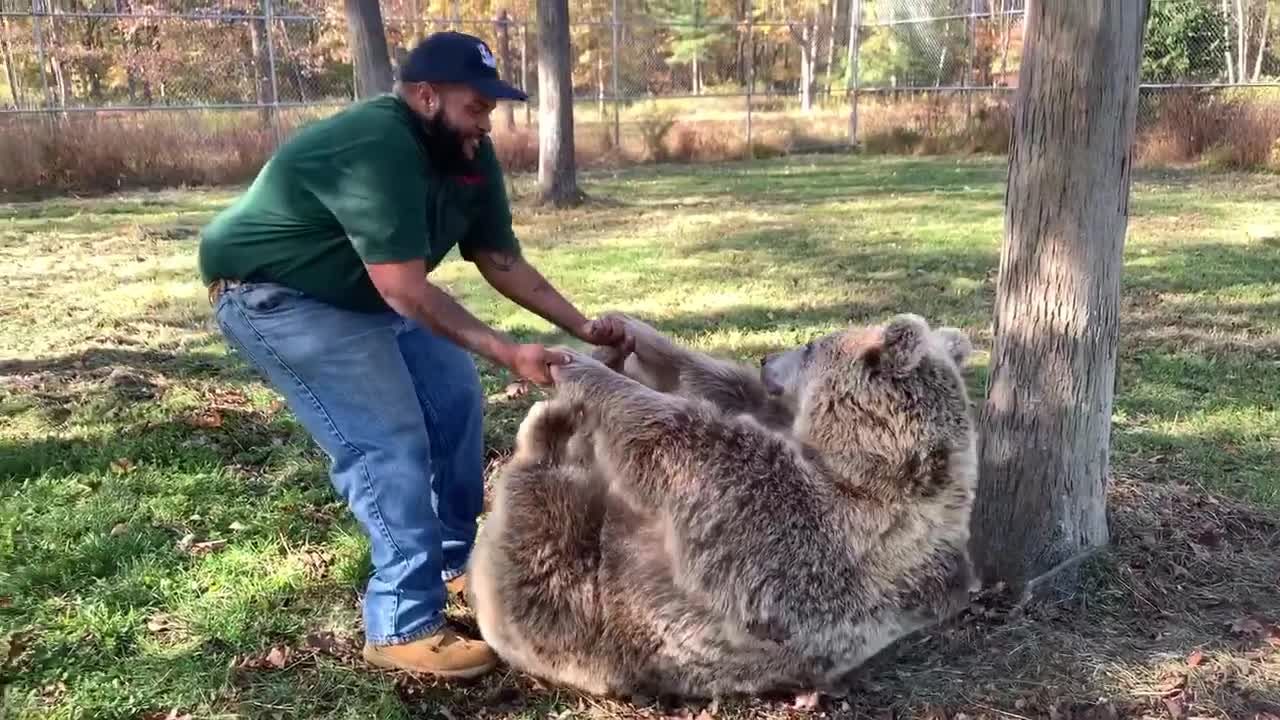 The moment they met for the first time after years apart was so touching. The rescued bear remembers the man who used to drive her car and the lovely game they used to play. They played and hugged each other like two happy kids. What a lovely reunion!

“When she was a small cub, Johnathan used to be one of her caregivers,” the adorable videographer said. “She hasn’t seen him for many, many years, but he recently visited her to see if she would remember him. Not only did she remember Johnathan, but she also remembered the game they used to play when she was little.”