A Russian photographer has captured a one-of-a-kind friendship—this time between a horse and an Alaskan dog. The animal world is filled with magical connections. Likewise, this is no different.

The two blend in with the snow background very well. So their friendship is really like something out of a fairy tale. The whole story would make a great Disney movie! The Mind Circle captured the precious moment with pictures. 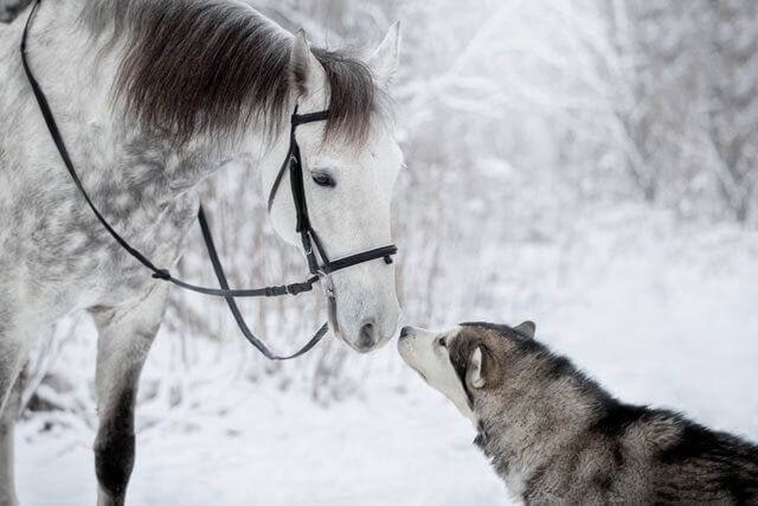 Sadly, not much is known about their friendship. However, this is not the first time something like this has happened. Moreover, such a bond is surprising but not uncommon. Wild Florida records the most interesting relationships. It does this in one of its blog posts.

The blog post reports a seemingly dangerous relationship. It involved an alligator and a bird. The bird was sitting in the mouth of the ferocious reptile. The bird can become the crocodile’s food at any time. However, the crocodile king did not eat his friend. 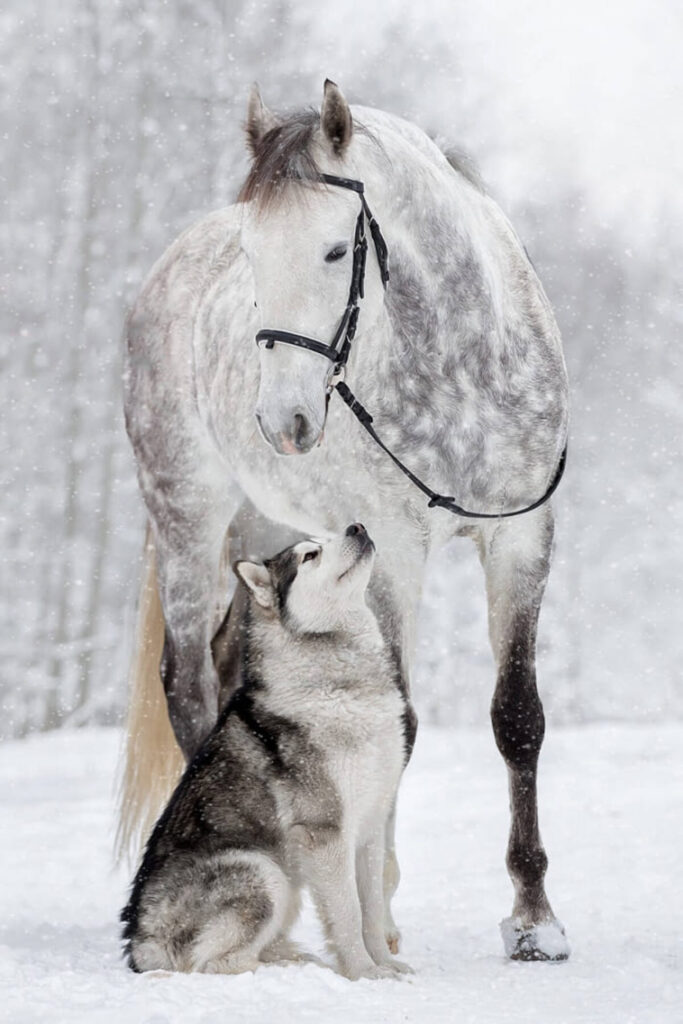 Furthermore, these types of relationships were from 420 BC. The Greek historian Herodotus noted this in those days. Birds played an important role in keeping reptiles’ teeth clean. Alligators do not have access to toothpaste with a toothbrush. This interaction was not seen strange. Therefore, this is widely accepted behavior. 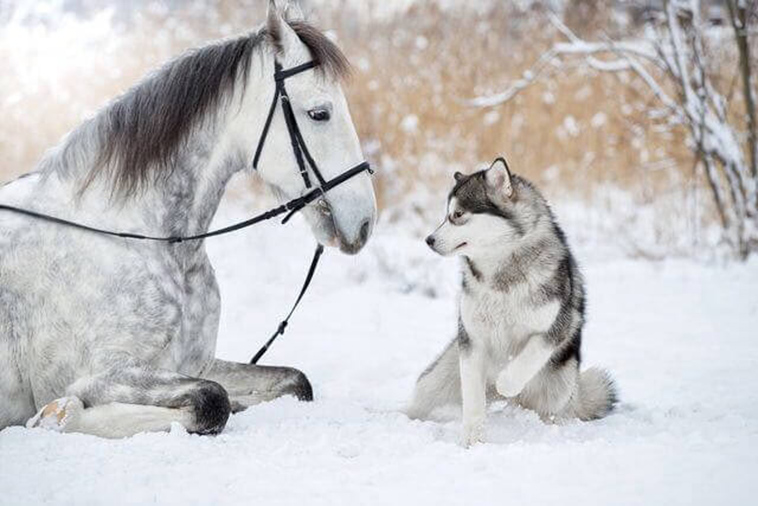 So the big cat is very lonely. Eventually, zookeepers paired the cheetah with a Labrador. This is none other than Mtani. Soon, the two became close friends. Busch Gardens is where this happened. 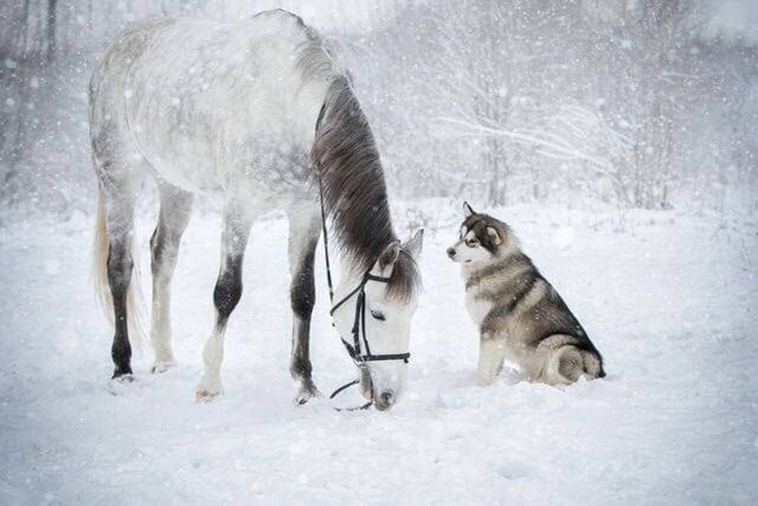 It’s beautiful that most animals can put their differences aside. This is truly one of the most fascinating things about Mother Nature. Nature’s must-tell stories never surprise us! We wish the horse and malamute the very best of luck.