An avid photographer has caught a variety of safari animals posing in front of an explosion of breathtaking springtime yellow flowers.
Villiers Steyn, a professional safari guide from South Africa, recently spent eight nights on a game reserve in Botswana and captured leopards, cheetahs, and elephants. 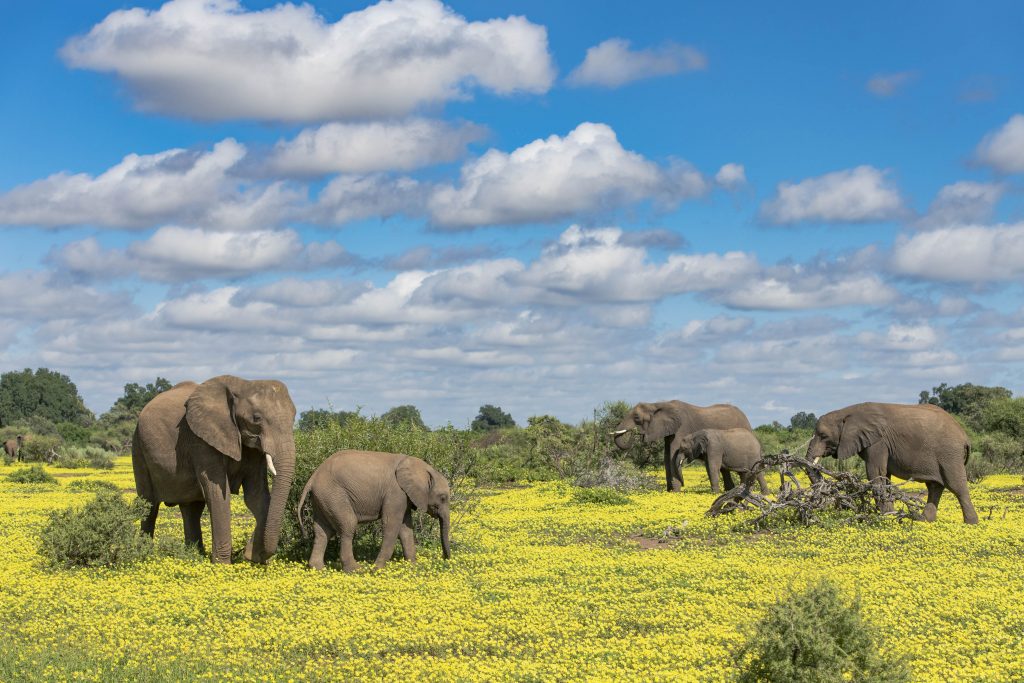 He saw four inches of rain during two days in Southern Africa’s Lowveld region, turning the parched land into a sea of yellow flowers. 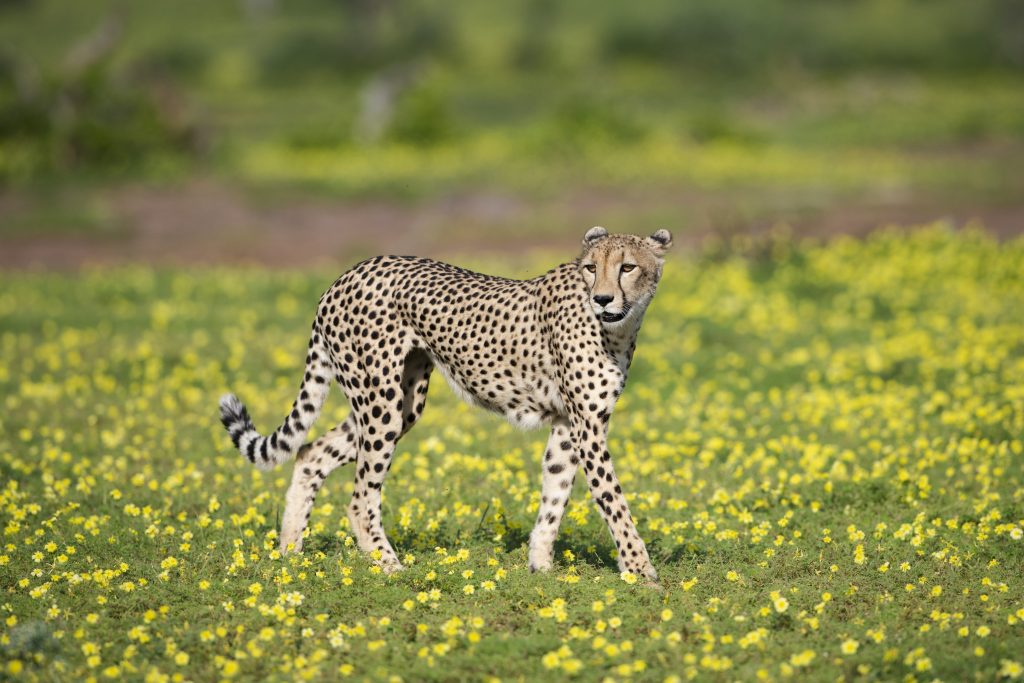 “No one would believe my photographs. I’m not sure if anyone has ever seen these well-known and charming animals in such a vibrant background.” 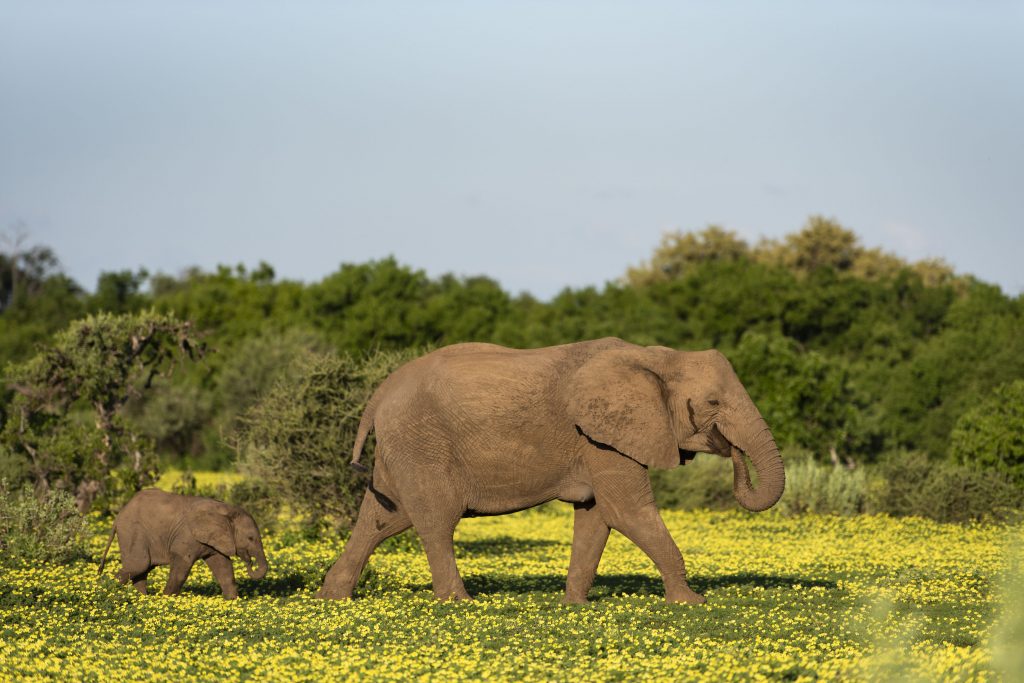 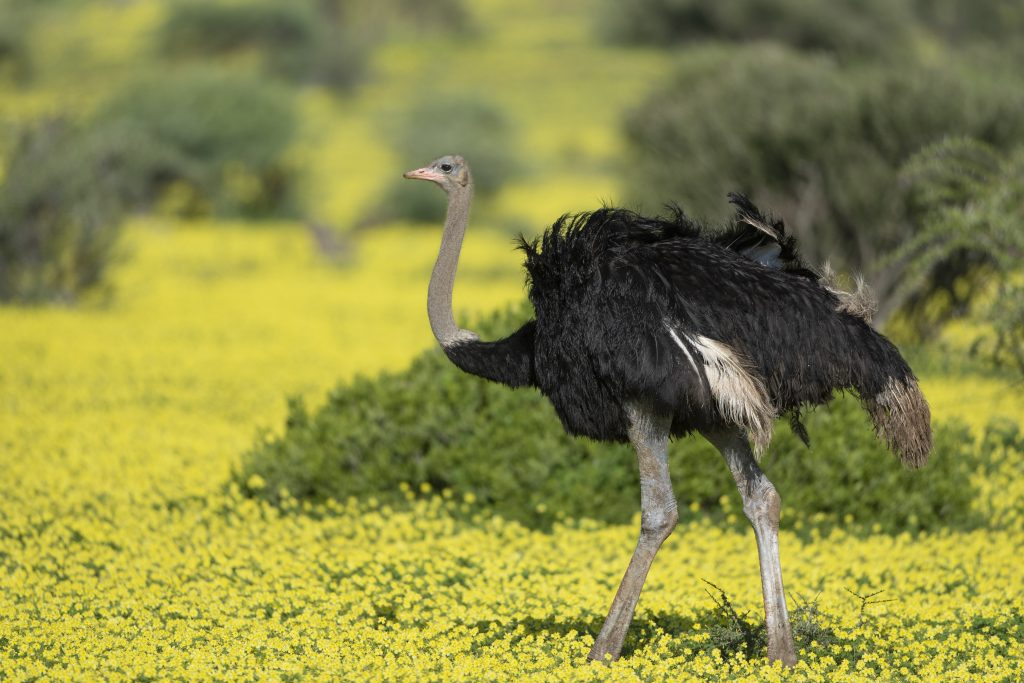 Mr. Villiers has been traveling to Botswana since 2003, but he claims he’s never seen it looking as spectacular as it does in these photos. 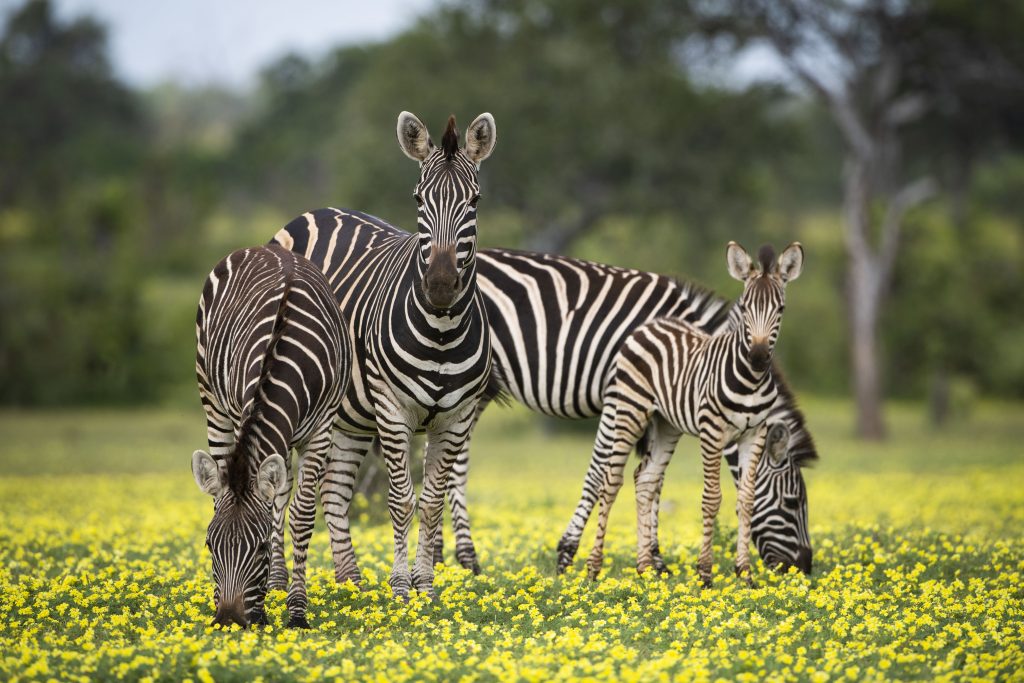 “The yellow sea at first appears unreal, almost manufactured – like someone has dumped a huge container of yellow paint in the valleys between all the small hills.” 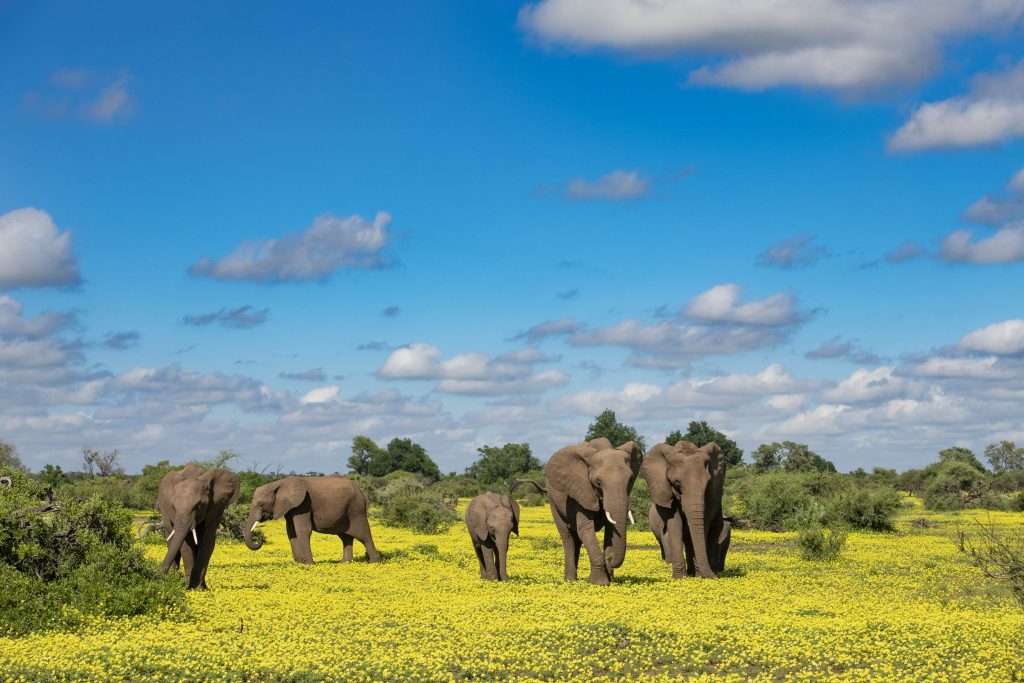 “And amazingly enough, just when you think you’ve seen the best of it, you come around a corner and see even more flowers, growing on top of flowers. 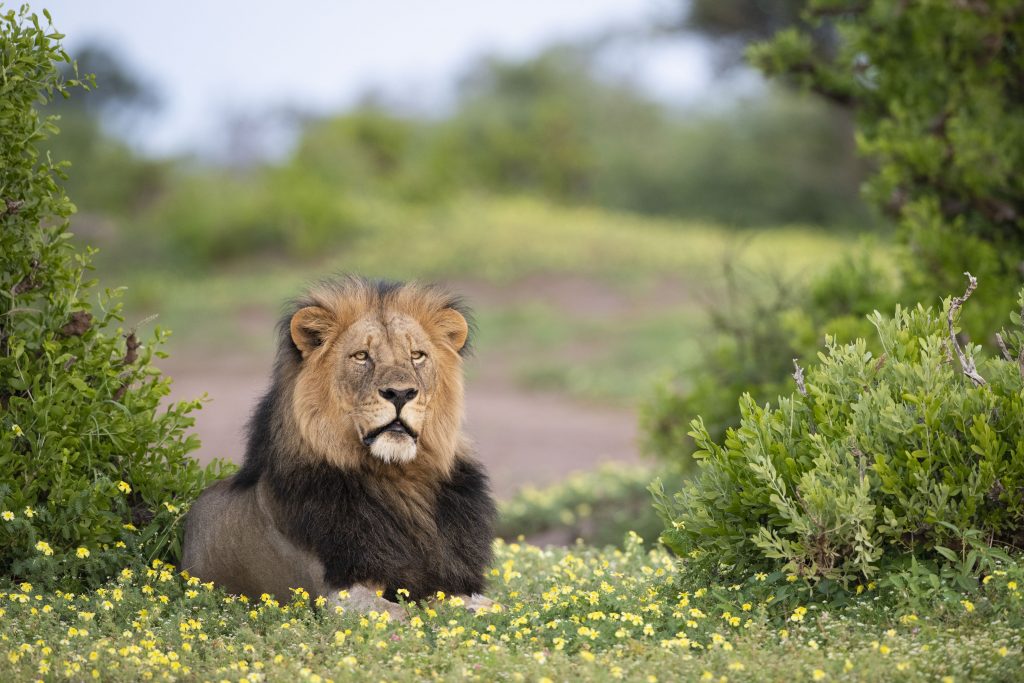 “We spent time looking for and photographing all sorts of animals, big and little, in the flowers on every game drive. 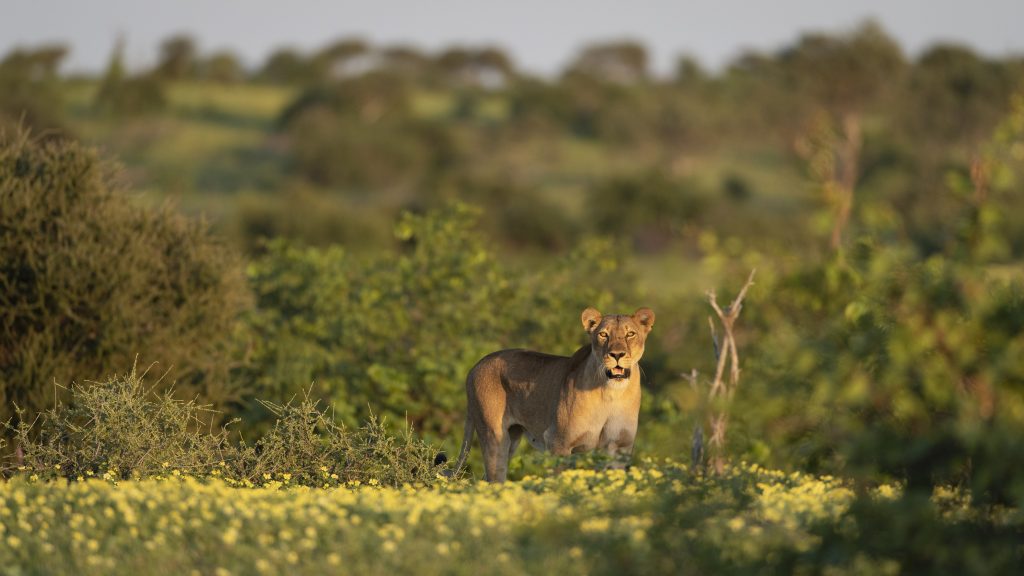 “Some, like baboons, ostriches, and elephants, ate the flowers while others, such as cheetahs, simply appreciated the open areas in which they grow.” 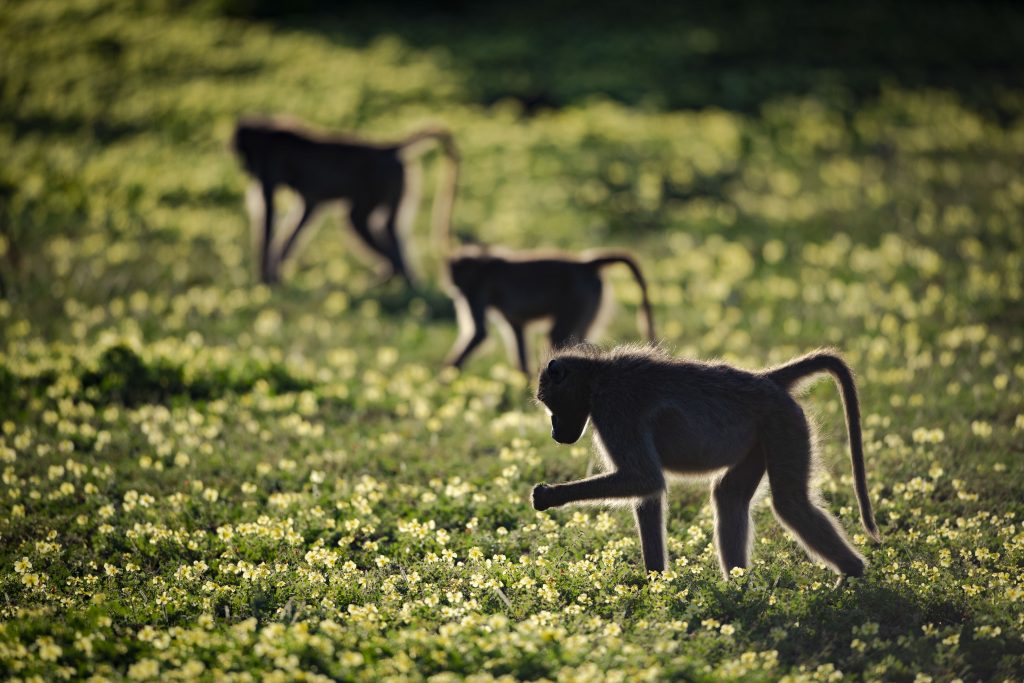 The wildlife photographer and safari guide said his favorite animal to photograph was the herd of elephants. 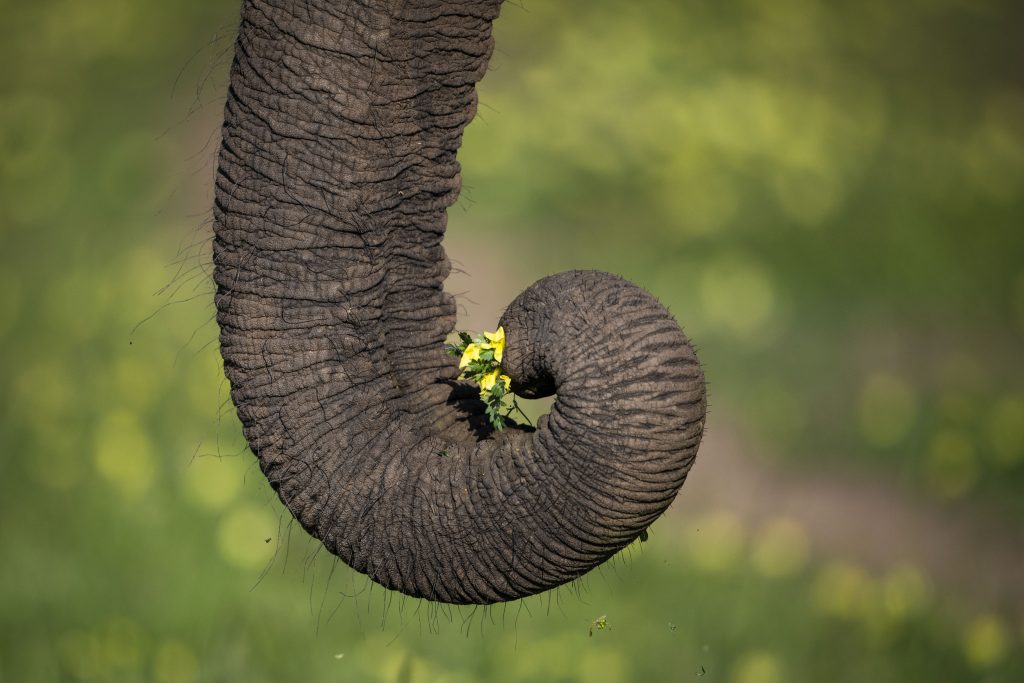 “I adore the picture of a small herd grazing in yellow flowers with fluffy white clouds and a blue sky above, as well as the close-ups of them plucking the blooms with their trunks.” 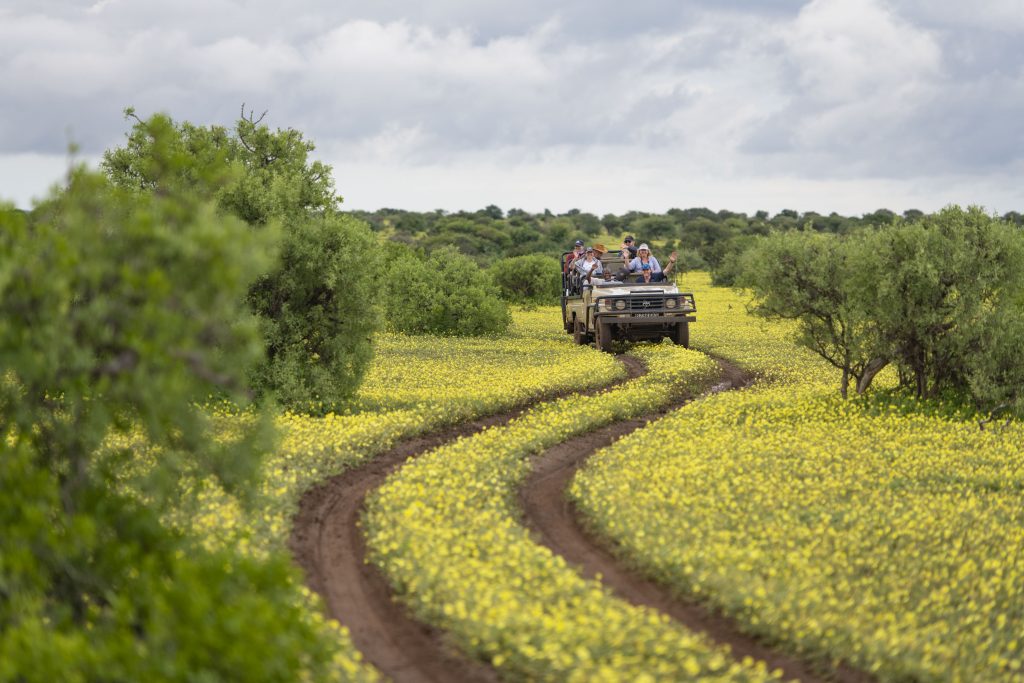 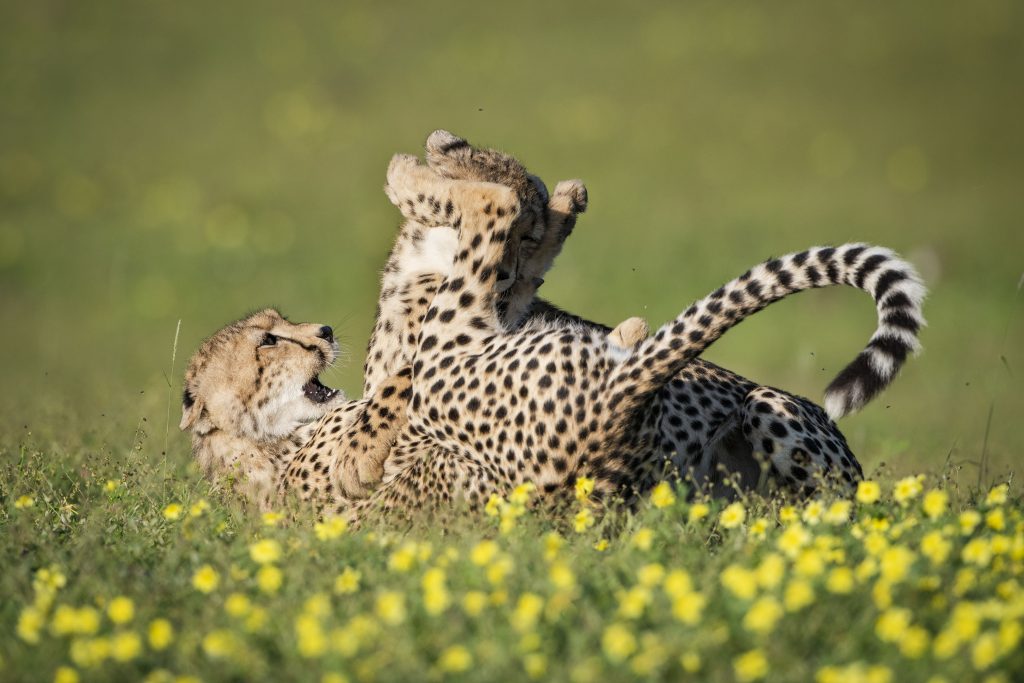