Roger Brendhagen, 52, captured these magical pictures while walking through the countryside near Värmland, Sweden.

The wild snapper said only about 30 white moose live in the area and so he was delighted when he saw one.

Roger, originally from Oslo, Norway, said: ‘I’ve met thousands of moose in my life but when I met this guy in the forests of Sweden, I almost lost consciousness but thank God I did not lose the camera. 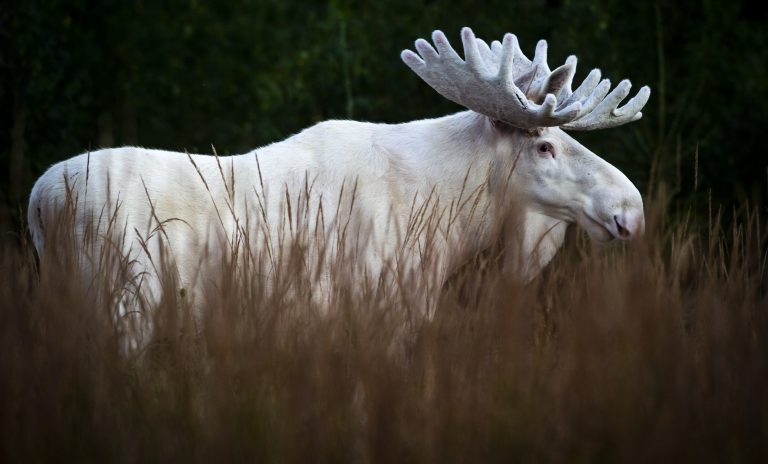 “I photographed this moose in Värmland, Sweden, on the border area with Norway, according to the researchers, there are about 30 moose with this mutation in Värmland.

“The legendary moose first appeared west of Värmland in the 1930s, they are not albino but according to the researchers, they have a defect in the genetic code that prevents their coat from storing pigment. 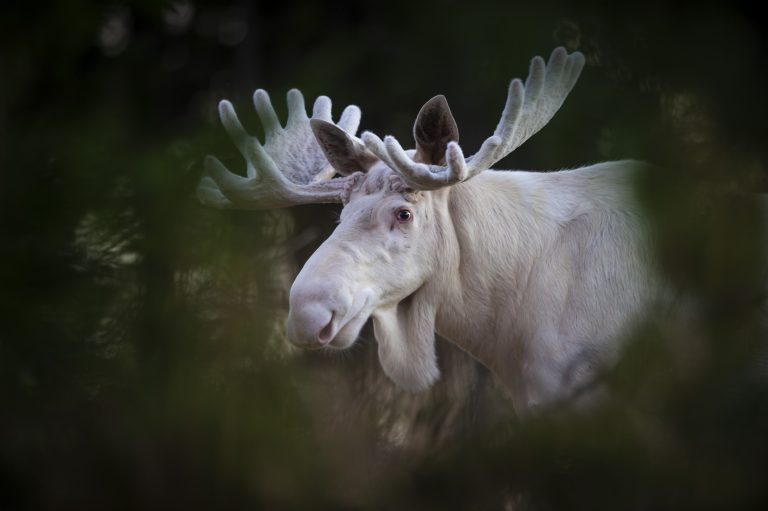 “The phenomenon is called leucism, they have brown eyes and brown horns like normal moose.

“The animal may become lighter, partially white or completely white, however, the eyes, beak and claws are usually normally pigmented, in contrast to albinism.” 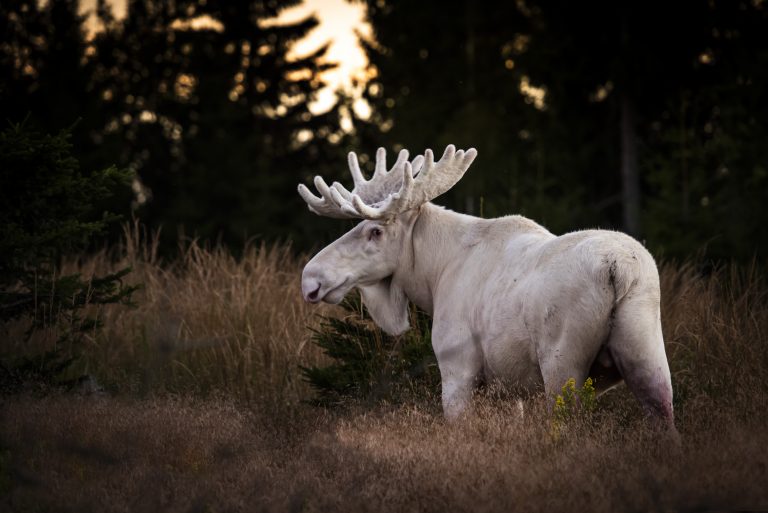