As incredible as it sounds to us, both animals and humans need socialization. No one likes to be alone; loneliness makes us sad, that’s why we need a friend.

Today’s story is about a bison who was alone for a long time, and then she found her best friend who changed everything. 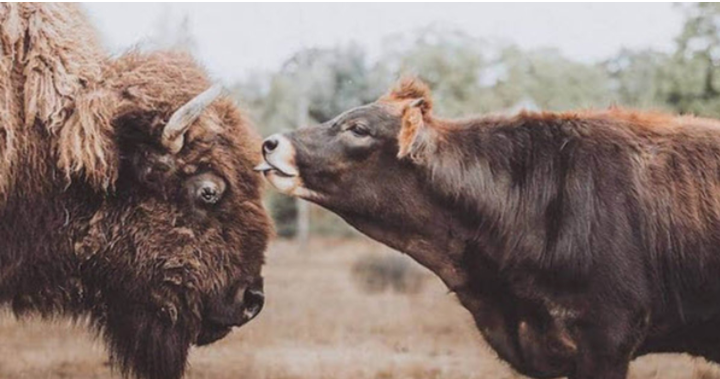 Her name is Helen. Helen was alone for a long time, excluded from the herd because of her disability. She is alone on her owner’s farm in Salem most of the time. It’s also for us humans. In the animal world, people with disabilities are often ignored and rejected….

Helen was brought to the Lighthouse Farm Sanctuary in 2016 because her owner couldn’t take care of her anymore, she had more animals to play with, but she was always too scared and shy. 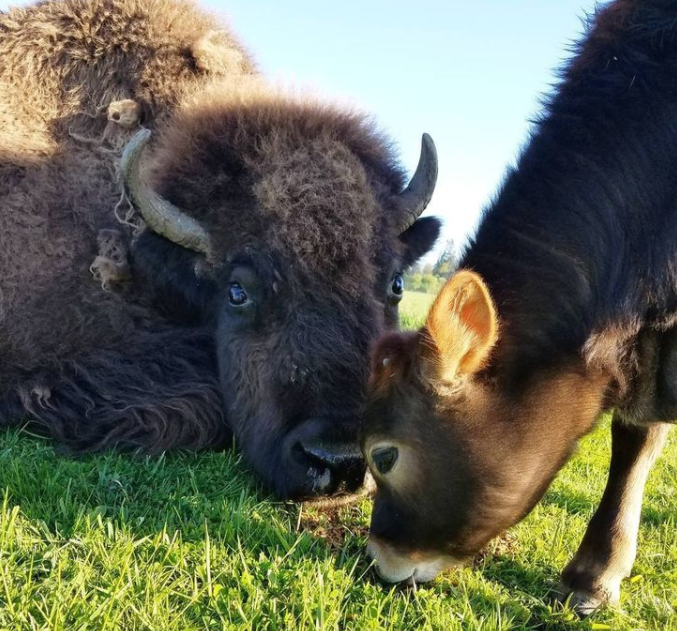 A calf named Oliver gave her a chance to have a new and wonderful friendship. This small and cuddly calf runs all day from the barn to Helena’s pasture to spend the day with her. Helen is no longer alone, and her behavior change has been noticed: “Posture has improved, joy is evident,” temple executive director Gwen Jakubisin said.

At one point, Oliver meant like a child to Helen, and we all know how strong that connection is.
Jakubisin said: ‘I caught them grooming themselves, which was amazing because I don’t think Helen ever had a chance to show that maternal instinct before.” 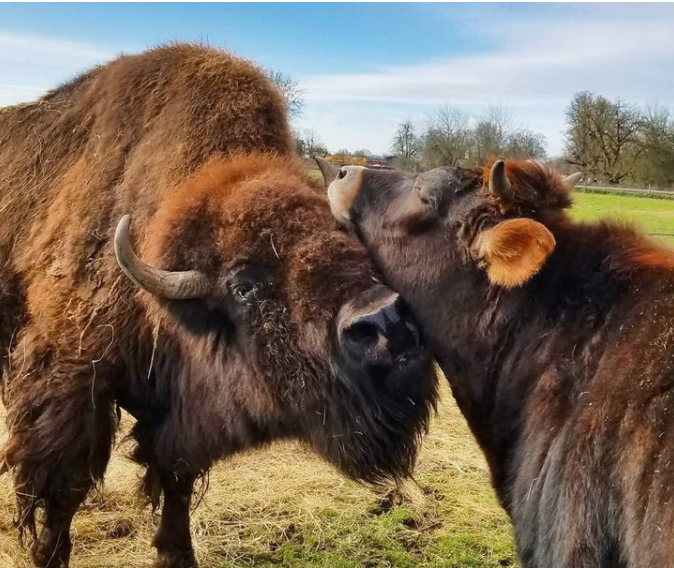 Helen also gradually got rid of her shyness. She began to join the rest of the herd. She got along well with all the animals on the farm. Interestingly, Oliver’s brown pattern resembles Helen more than her biological mother, which is why Mr Jakubsin joked: “It really turned into a baby buffalo.”

This beautiful and, above all, unusual friendship shows us that humans accept differences, that there are no major differences in the feelings of humans and animals, and that we all need someone who will love us despite all our differences and shortcomings.