A single tree trunk was shaped by 20 people into a giant lion sculpture called the Oriental Lion over the course of three years. Dengding Rui Yao, a sculptor, led the team to carve the giant redwood trunk, which is currently on display at Fortune Plaza Times Square in Wuhan, the capital of China’s Hubei province. 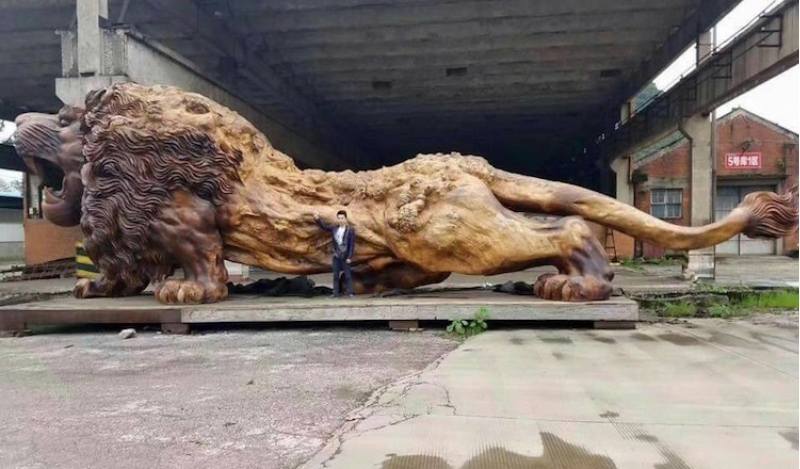 According to the Guinness Book of World Records, the colossal lion is the largest redwood sculpture in the world, measuring 47.5 feet long, 16.5 feet high and 13 feet wide. 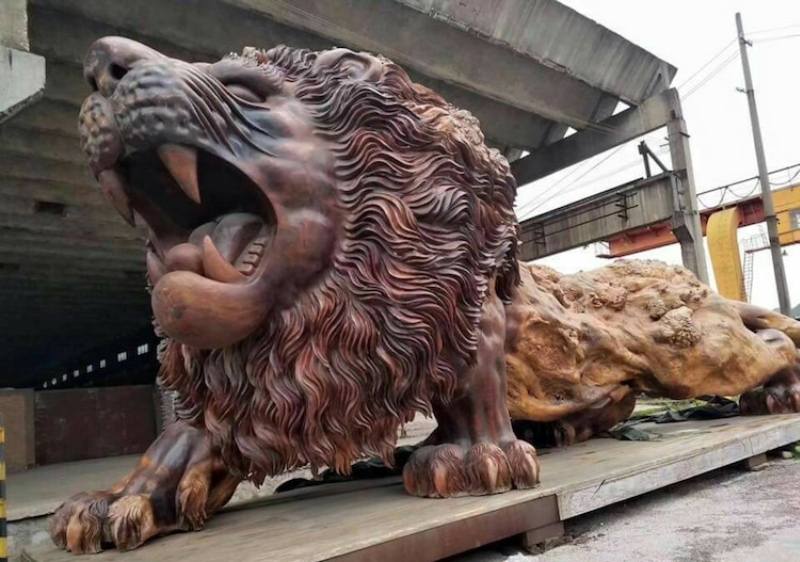 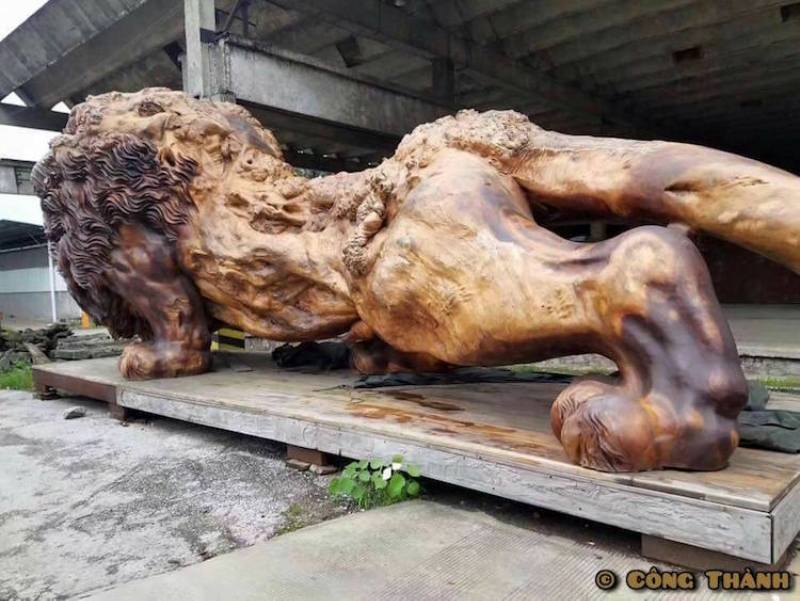 The Oriental Lion’s head, paws and tail have been sculpted to a smooth finish, while the body retains the rough texture of the trunk. It is not clear if the wood was from China, but we’re expecting it to came from a sick or dying tree rather than the one cut down for the project. 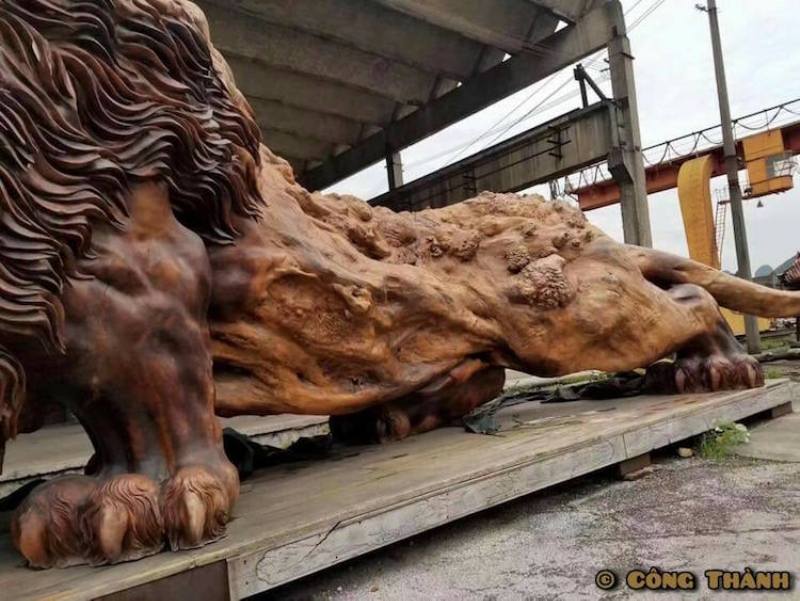 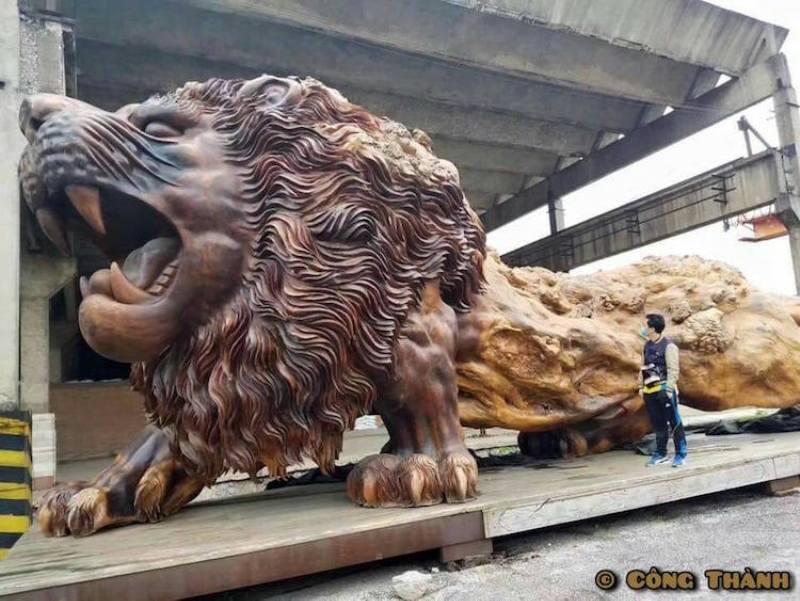 Given the lion’s importance in Chinese culture, it is an obvious choice for public sculpture. They are often used at the gates of palaces, temples and tombs to ward off evil spirits as a sign of strength. The giant lion has become a famous new monument in Wuhan since its installation. 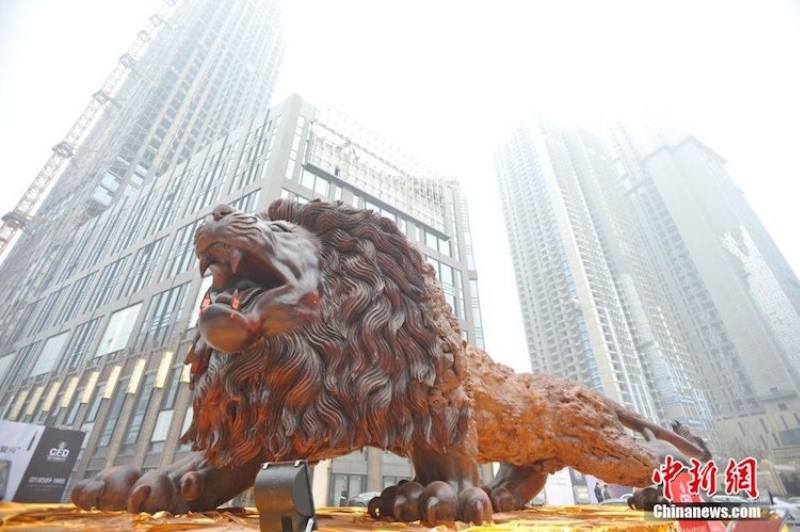 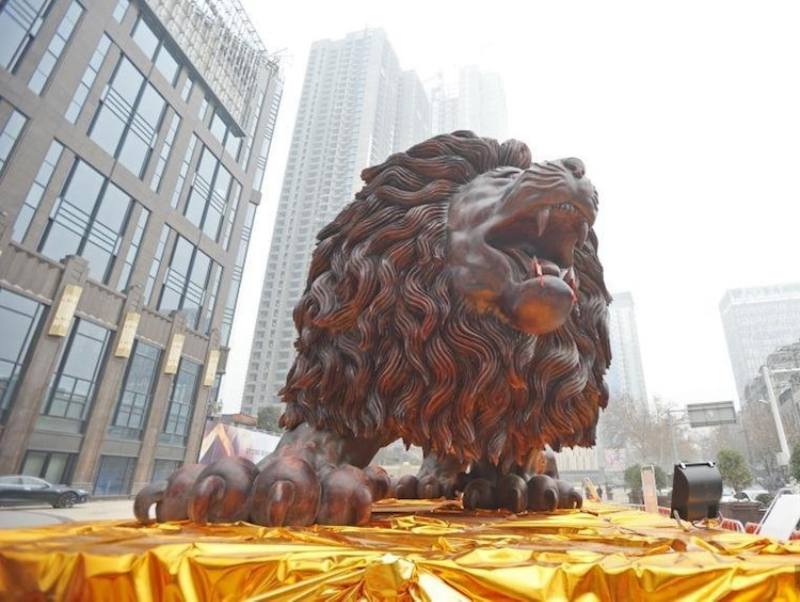 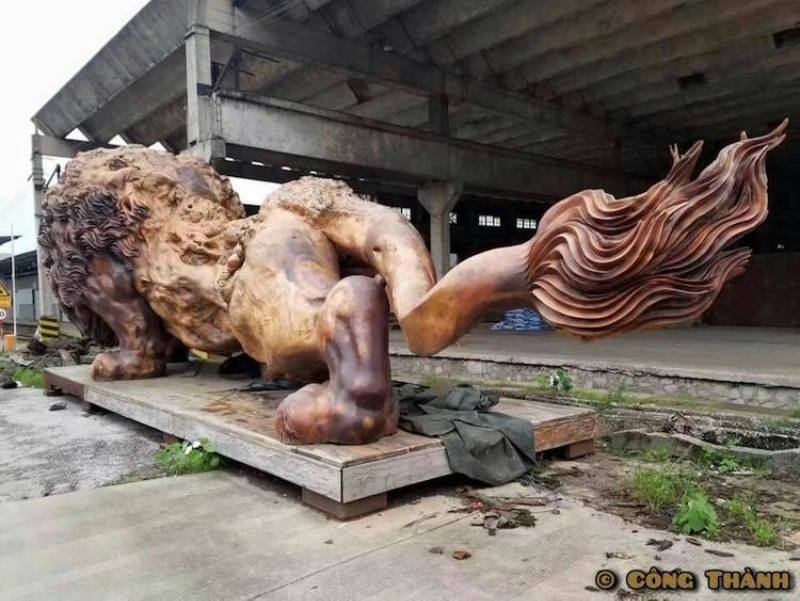