The heartwarming images, taken by a host of photographers from around the world, show the fluffy, feathered and furry animals looking for allies – despite how different they may be. 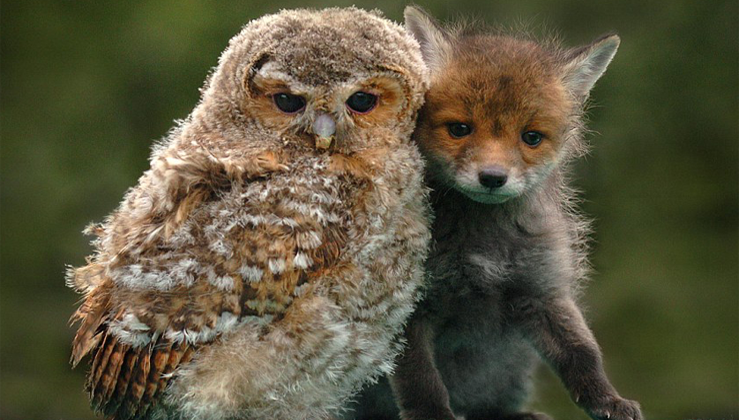 Best friends: These heartwarming images, taken by photographers from all over the world, show some animals befriending friends with their fellows in the wild, including this fluffy barn owl and the baby fox, who seem to get along very well. 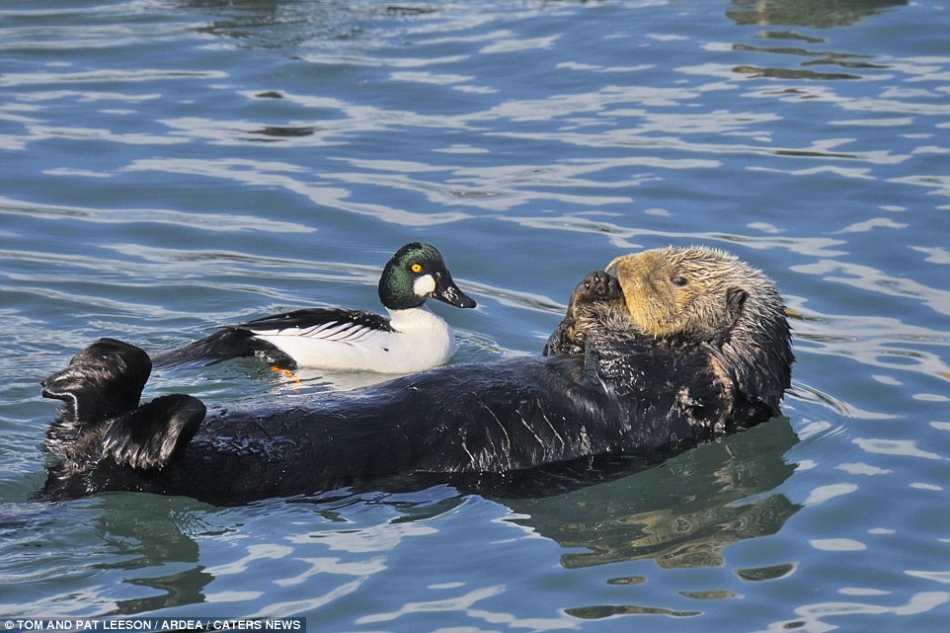 Relaxing: This Northern Sea Otter and Common Goldeneye Drake Duck have been spotted relaxing together in the cool waters. 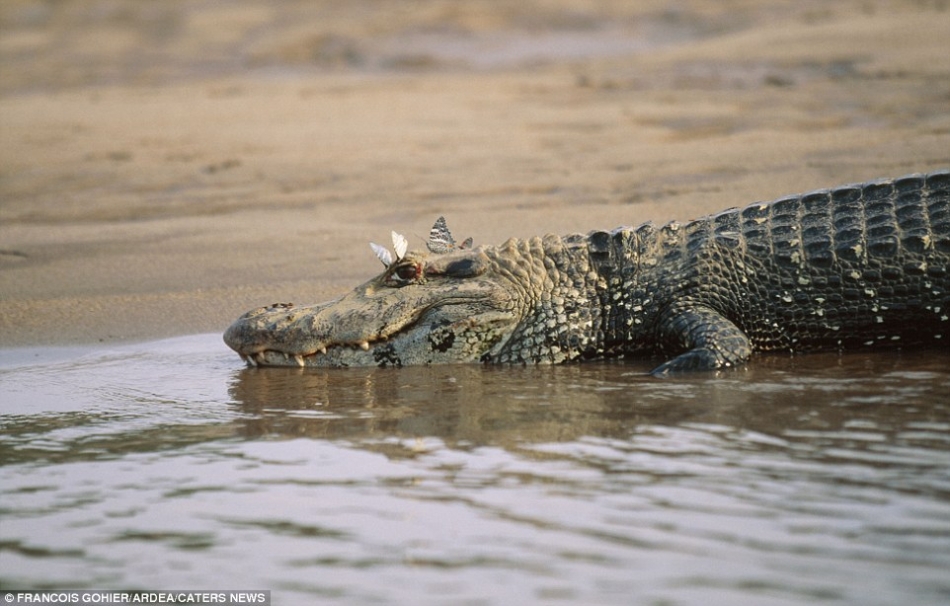 Unlikely friends: A black Caiman crocodile, up to 16ft in length, doesn’t seem to mind the butterflies perched on his head. 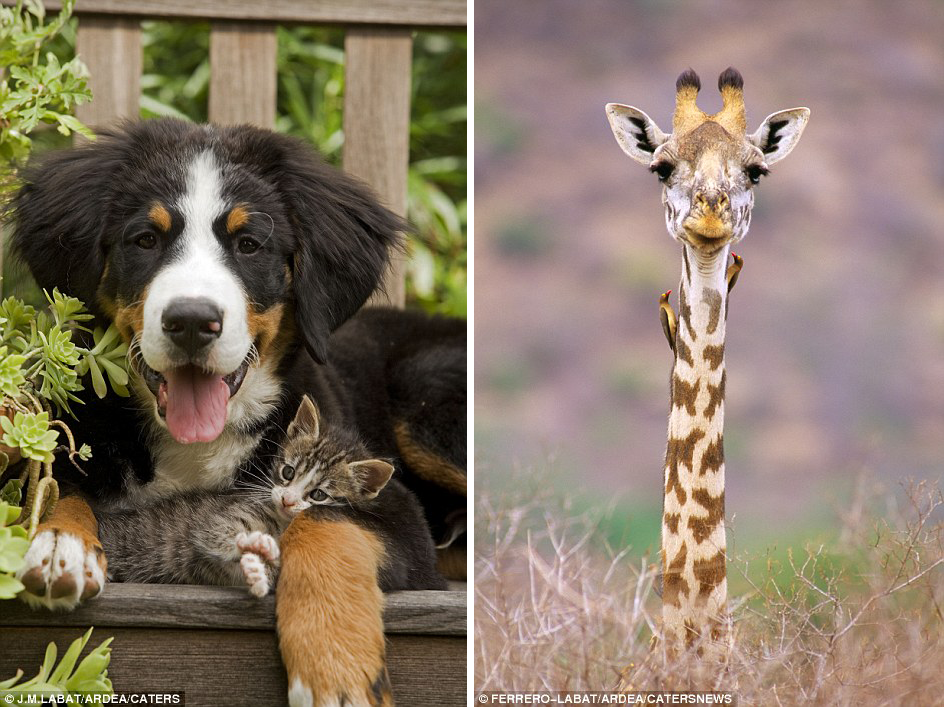 Perfect friends: A Bernese Mountain dog cuddles a kitten (left) while a Masai giraffe appears to have befriended two birds. 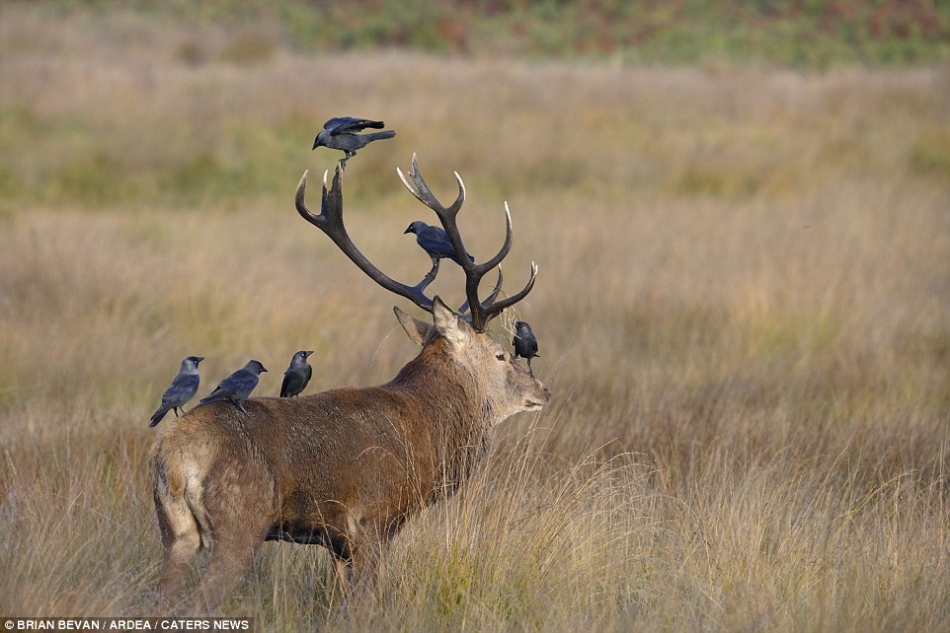 Ignore us: This red deer doesn’t seem to mind the jackdaws resting on his body and antlers as he stands in Richmond Park, London. 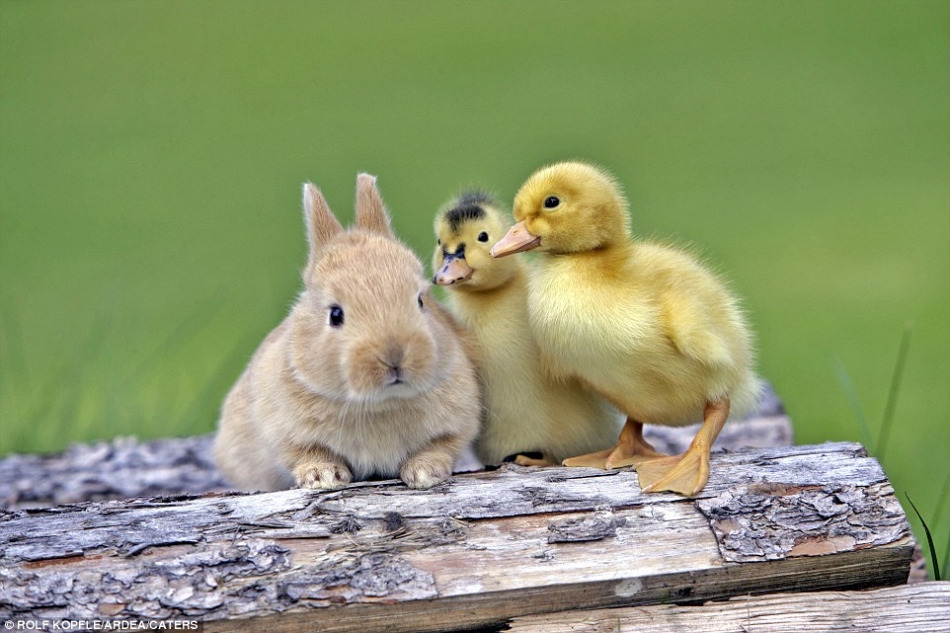 Adorable: This cute bunny and two ducklings don’t seem to think the three are a crowd as they relax together on a pile of wood. 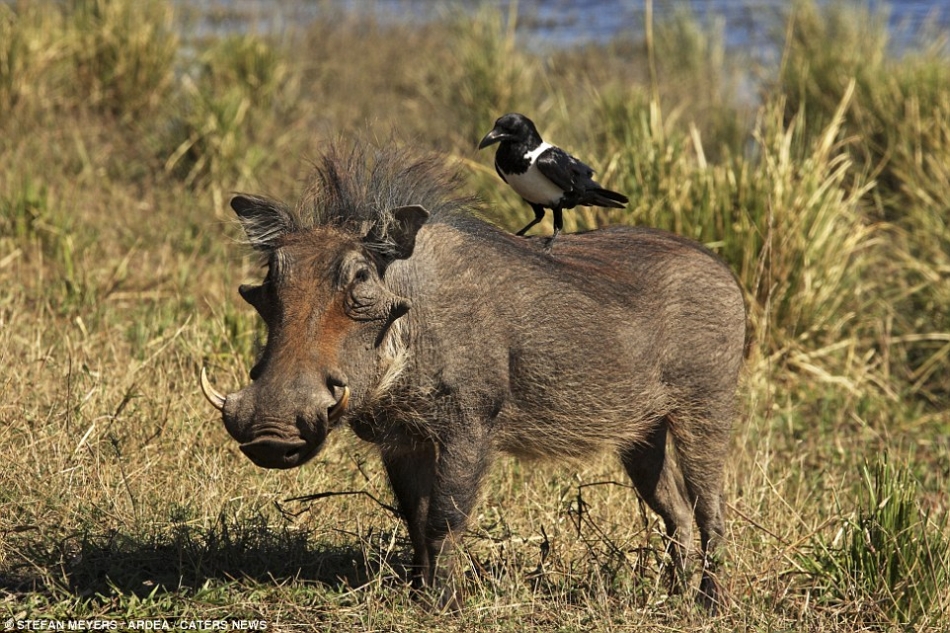 Need a ride? This welcoming warthog seems happy to be carried by his teammate, a crow, a piggyback ride in the Republic of Botswana. 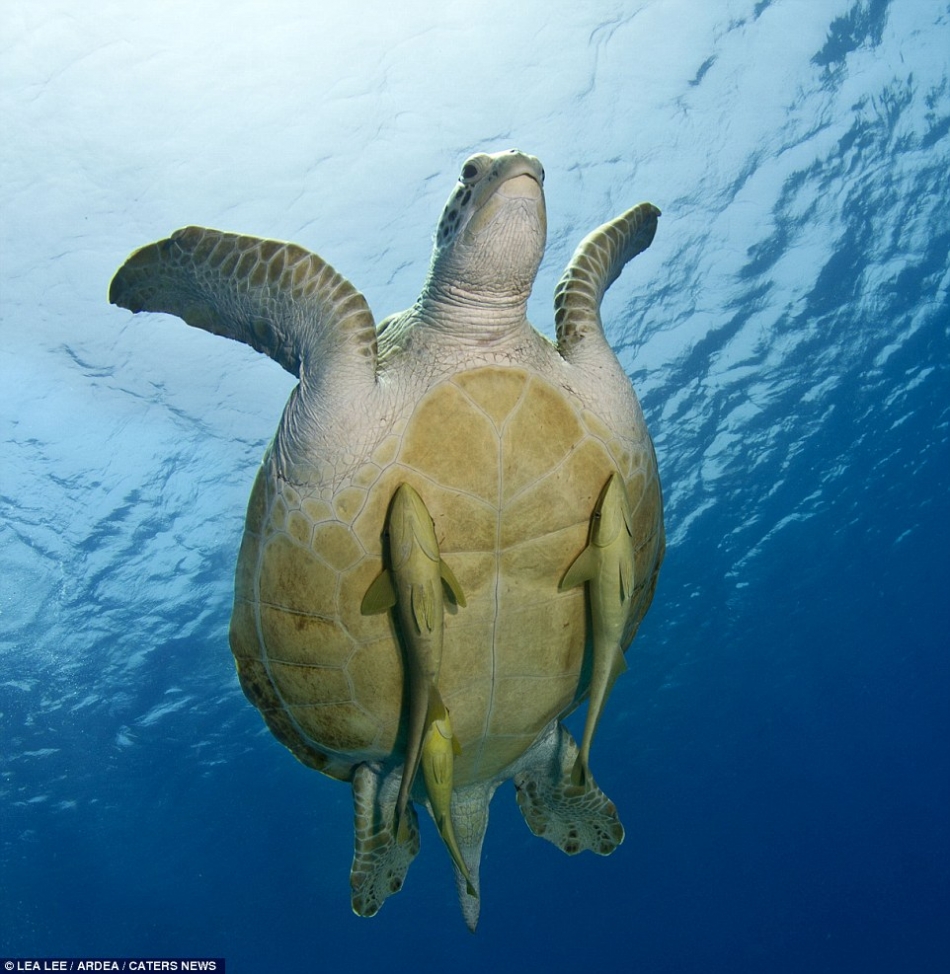 Just keep swimming: A Blue Sea Turtle glides across the water with three Remora fish – suckerfish – below him in the Red Sea. 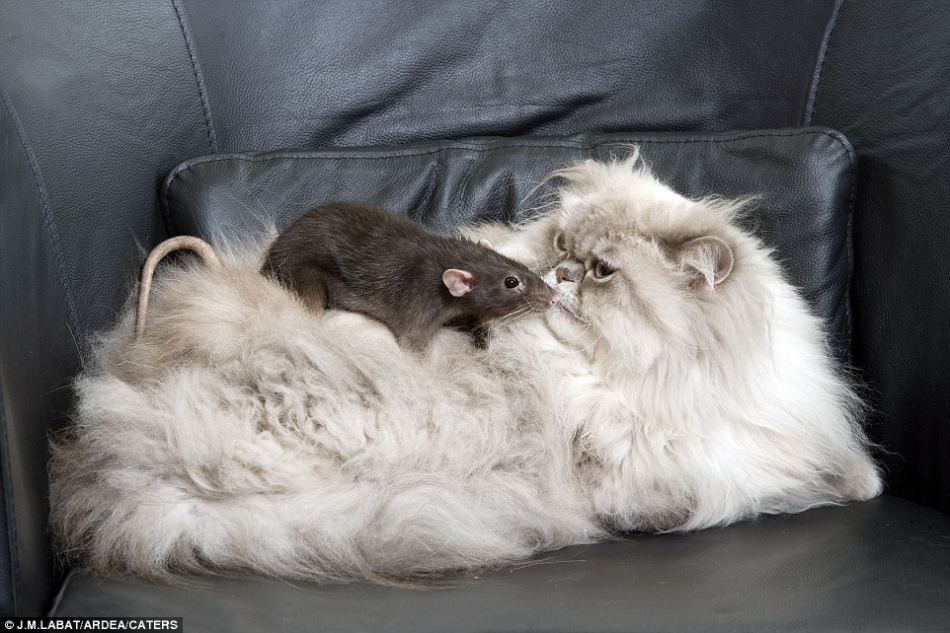 Interesting to see you here: In one of the more remarkable photos, a giant rat chills out on the belly of a fluffy Persian Blue Colourpoint cat. 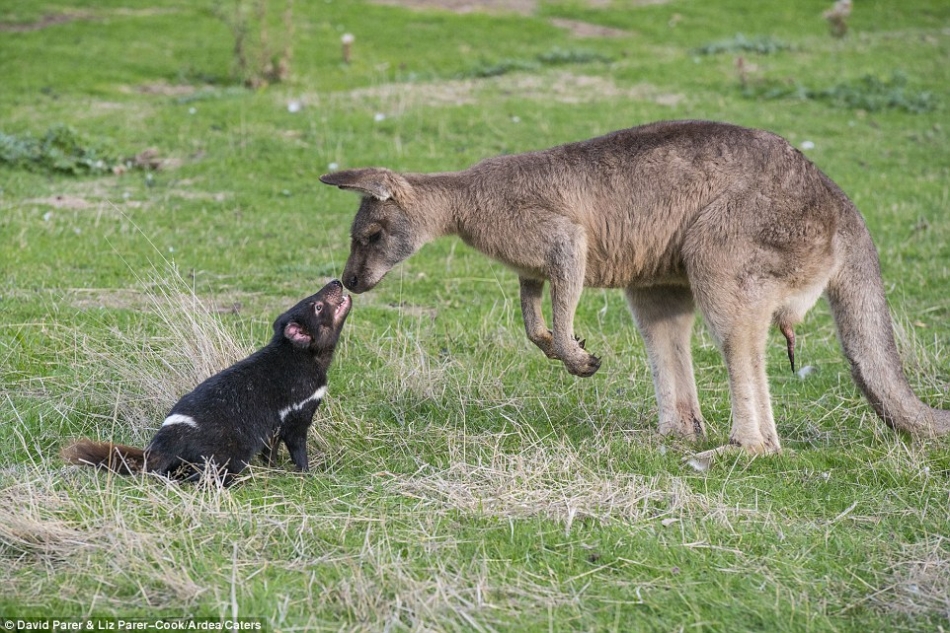 Greetings! The Tasmanian Devil and the Forester Kangaroo greet each other in the deep woodland of Tasmania, Australia. 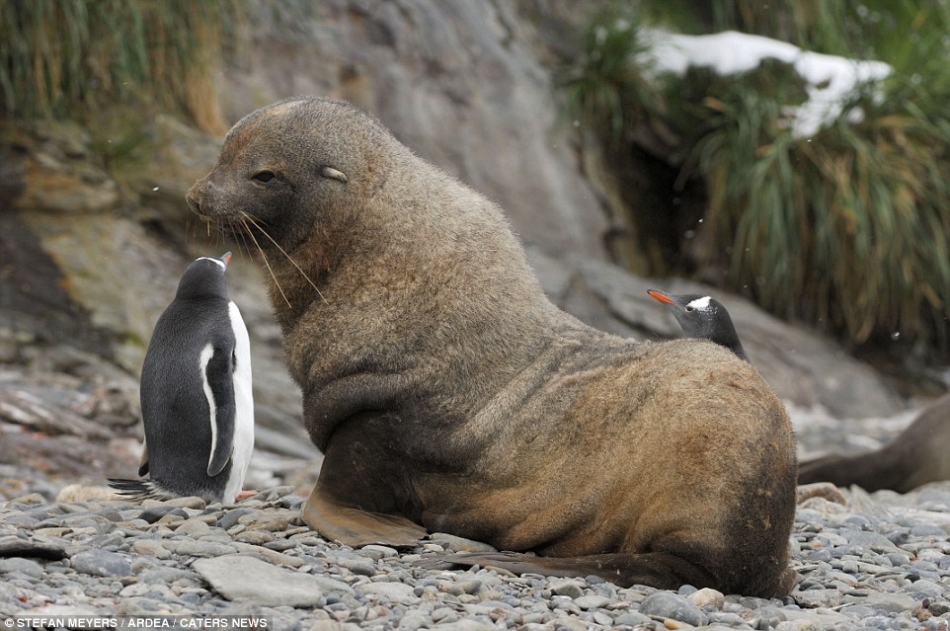 Dry up: An Antarctic Fur Seal relaxes on the shore with two Gentoo Penguins in South Georgia, Antarctica. 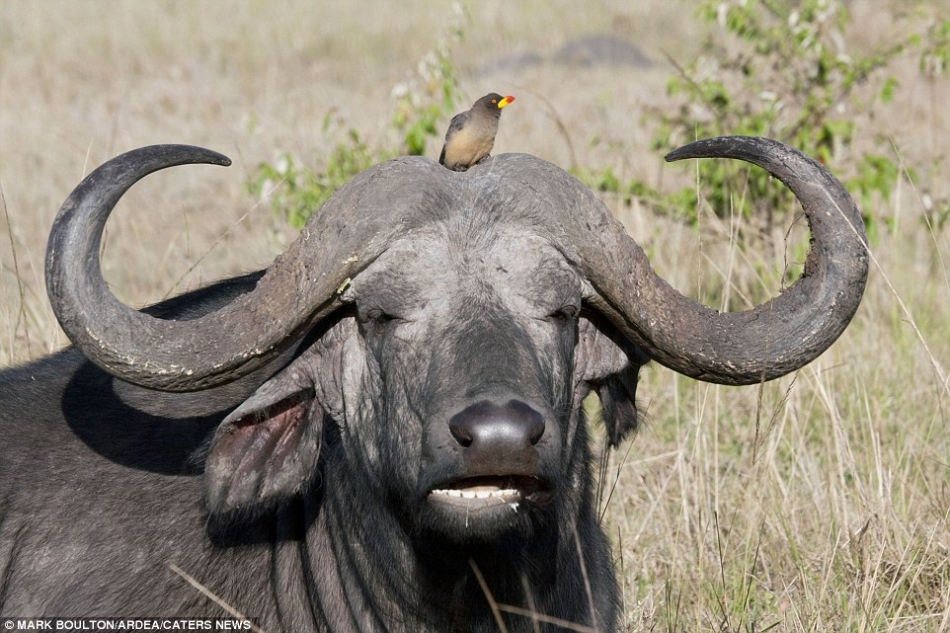 Keep watch: This buffalo doesn’t seem to mind Oxpecker hanging his head as he stands guard over the Savannah Plains in Africa. 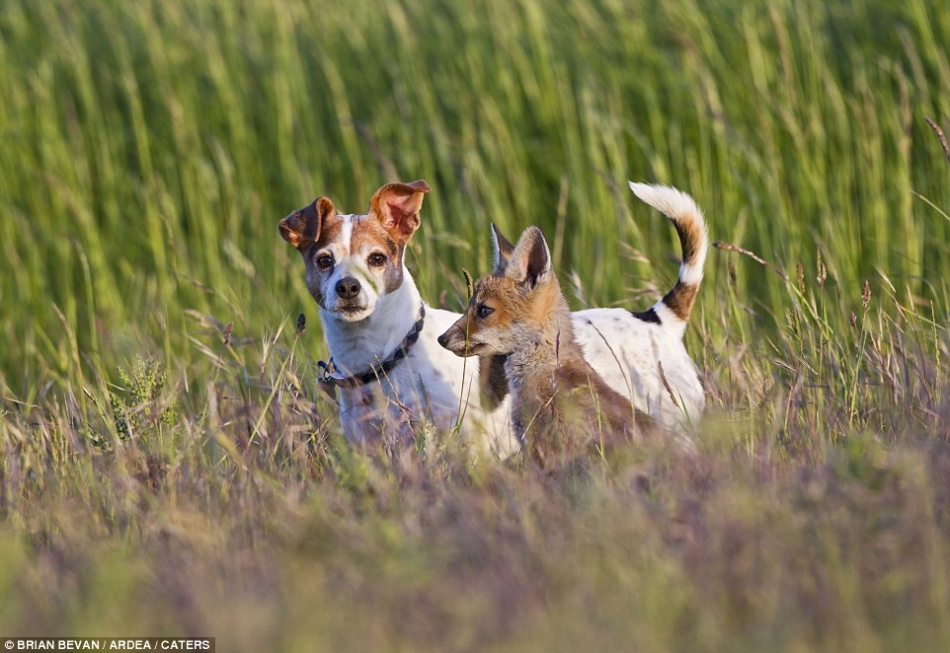 Walkies: A Jack Russell Terrier appeared to befriend a Red Fox during a walk in Buckinghamshire, England. 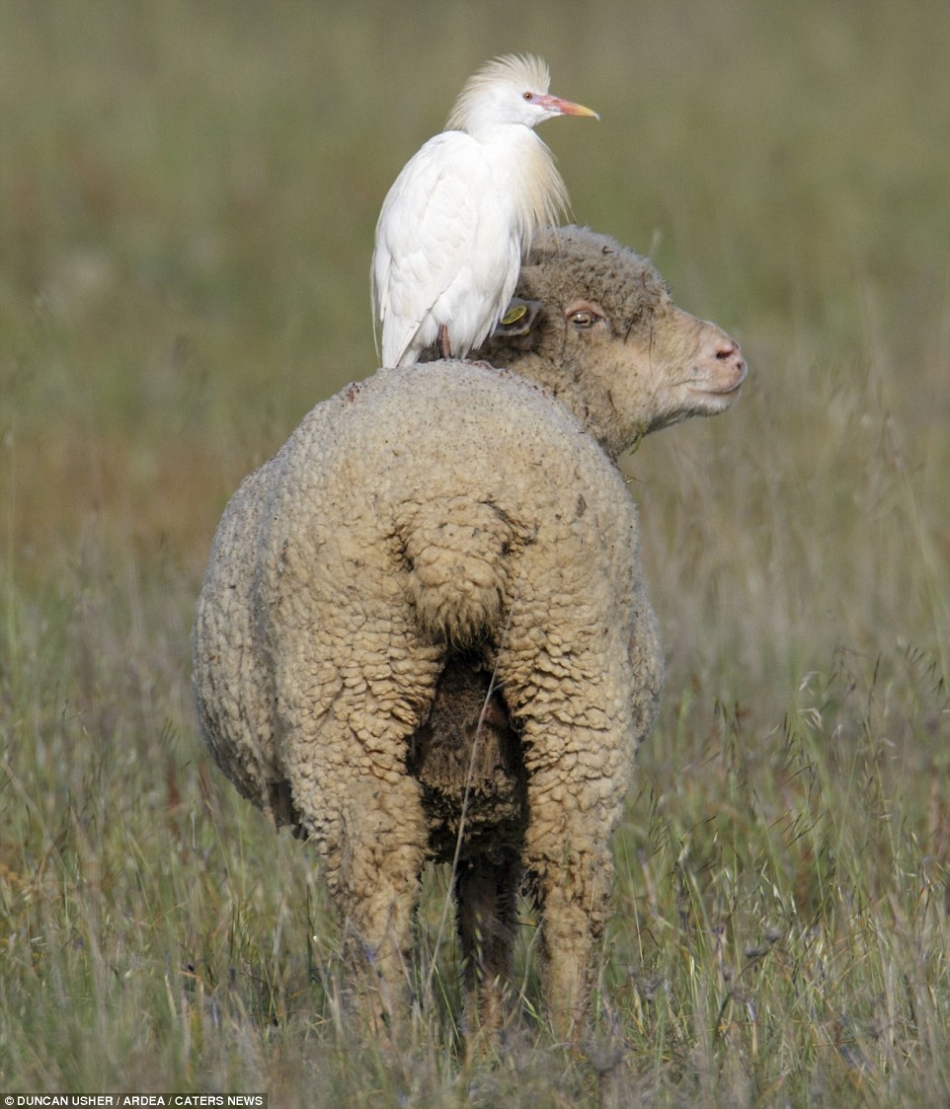 Attractive attract: Despite their differences, this Cattle Egret – a species of Heron – shows a fond of this Merino sheep in Portugal.