In a random act of kindness, a heroic guy from Sri Lanka decides to help some poor sea turtles unload a burden that could end up costing their lives. The helpful man, known as Chika Boy, is fond of wildlife and always ready to offer assistance to hopeless animals. This time, he removed the shell bars from the turtle’s shell! 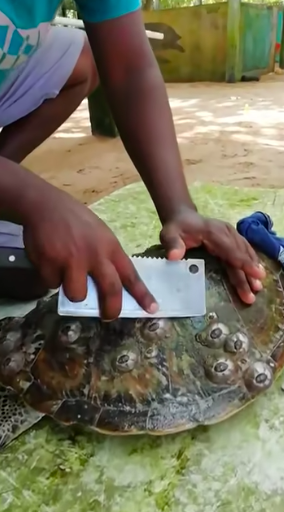 Barnacles are several types of crustaceans that often immobilize them to hard surfaces such as rocks or even ships. However, sometimes they can cling to the shells of sea turtles.

While one single barnacle doesn’t particularly deal any damage, if the number of barnacles found on turtle shells is too high, it can turn into real struggles for the hopeless marine creature. Swimming difficulties, infections, and even poor vision can result from these sticky crustaceans. 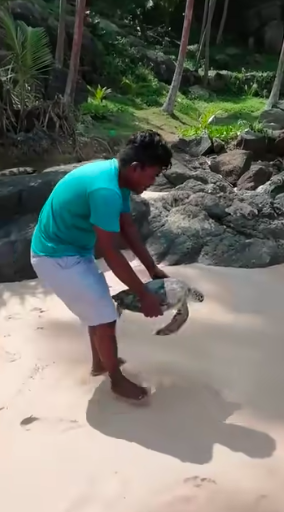 This wildlife enthusiast explains: “Overcrowding will prevent the turtle from moving and swimming normally. “[The turtle] will become slower than usual depends on the weight of the turtle’s shell. It will have a hard time finding food. If the barnacles are attached near the turtle’s eyes, its vision will be affected, or if they are attached to the mouth, the turtle will not be able to eat properly. ” 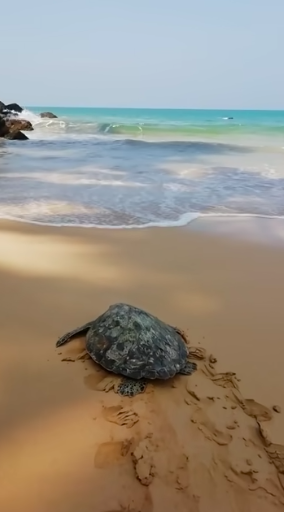 So, in his latest YouTube video, Chika Boy shows us the easiest way to help sea turtles get rid of those nasty visitors. You can see how many barnacles are attached themselves to this little sea turtle. Luckily, this nice guy got rid of them all with a special tool. Then, with a clean shell, Chika Boy released the turtle back into the ocean.